The Dean’s Community Advisory Council provides support, advocacy, advice, resources, and guidance for the College of Behavioral and Social Sciences at California Baptist University. Specifically, focus is given to supporting the continuing development of its undergraduate and graduate programs, bolstering research and scholarship, and expanding community engagement and impact. Partnering with the College of Behavioral and Social Sciences, as we seek to Be the Difference: One Culture, One Community, and One Person at a Time, Council members are ambassadors in both our local and global community.

More specifically, the Council will assist the College in the following ways:

Gabriela Alonso is the school, family, and community partnerships coordinator for Riverside Unified School District, where she leads the work of family and community engagement. Gabriela recognizes that supporting the optimal development of families, respecting diversity, and facilitating social connectedness through community building are fundamental to family and community engagement. With over 25 years in public education, Gabriela has worked closely with various student populations and multigenerational families to identify and remove barriers to learning. Gabriela received her master of social work and bachelor of arts in sociology from California State University, San Bernardino. She holds a Pupil Personnel Services Credential in School Social Work and Certification in Early Childhood Education. Born in Jalisco, Mexico, and raised in East Los Angeles, Gabriela is passionate about creating opportunities that support the unique needs of immigrant students and families. Gabriela is blessed with a son, Cristian, who ignites hope and inspires her to live every day with purpose. 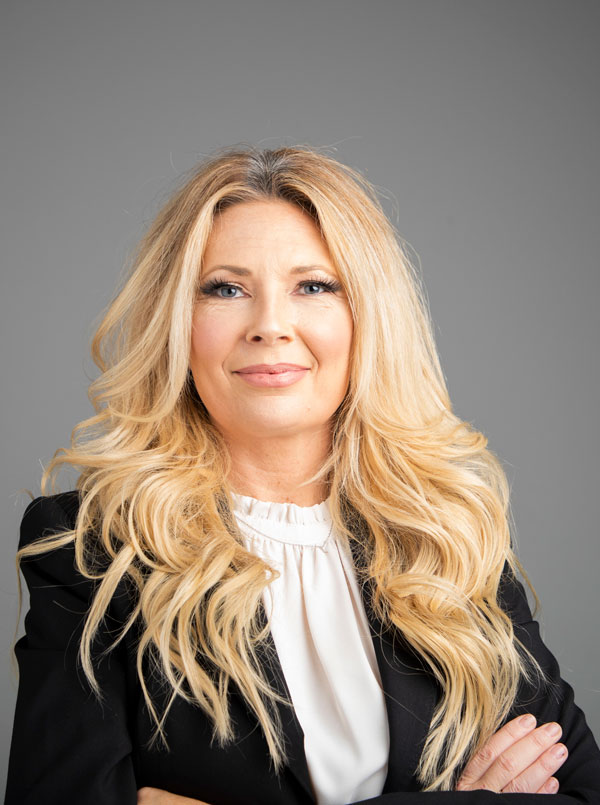 Lauren Anderson has 17 years of experience in the retail sector with an emphasis on loss prevention, corporate security, safety and internal investigations. Prior to Lauren’s retail career, she was in law enforcement with the City of Eloy, Arizona and border patrol in Arizona. Lauren is originally from Washington state but now resides in Corona, California. She enjoys spending time golfing, skiing, and traveling with her husband, Nate, and son, AJ.

Justin Beard is the owner of the Chick-fil-A (CFA) restaurant located on Central Avenue in Riverside. He began his career with Chick-fil-A in Houston Texas and has been working with the company for over 20 years. He graduated from Texas A&M University with a B.S. in Psychology. After college he pursued a career with Chick-fil-A as a franchisee. He moved out to California in 2007 with his wife Abbie and opened the first CFA in Riverside. They have four children, Brayden, Carter, Lincoln, and Violet. Justin and his family attend Sandals church and love all things Disney. In his spare time Justin loves to do projects on his house, carpentry, woodworking, going to the gym, and spending time with his family.

A California League of School’s Teacher of the Year with experience in both comprehensive and alternative settings, Jessie brings passion and experience to her work. She currently teaches at Orange Grove High, an alternative high school for at-promise youth. She also provides coaching and professional learning to educators in a variety of areas, including social emotional learning, resiliency, trauma-sensitive practices, and mindfulness. Jessie has a master’s degree in educational leadership from Chapman University.

Dr. Keyisha Holmes is the Director II of Leadership, Innovation, and Outreach for the Riverside County Office of Education (RCOE). Prior to this position, she served as a director, principal, special education teacher, and adjunct faculty member. Dr. Holmes holds a doctorate in educational leadership for social justice from the University of Redlands, an M.A. in Special Education, and a B.A. in Sociology. She also is committed to the transformation of not only the education system but the lives of people from various ethnic, professional, and social backgrounds seeking to lead more purposeful and meaningful lives. Within this pursuit lies her legacy as a wife, mother, mentor educational leader, teacher, and social justice advocate.

Ben Johnson II served on the Alvord Board of Trustees for twenty-one years. In addition to his service as an Alvord Trustee, Ben has a legacy serving his local community. Ben has served in a variety of leadership and service roles including the National Board for Sigma Alpha Epsilon Fraternity, Riverside Community Health Foundation, Board of Directors for Big Brothers Big Sisters, Parkview Hospital’s Citizen Advisory Committee, Vice-Chair of both the Human Relations Committee and the City of Riverside Charter Review; a member of the Riverside Blueprint for Diversity, Raincross Group, a member of the Board of directors for the Youth Service Center; and Director of Homeless Outreach.

Ana Lee, founder of Women in Tandem. Ana was born and raised in Riverside, attending RUSD schools Longfellow, Central, and Poly High School. As a lifelong resident of Riverside, Ana Yeager Lee has volunteered with over 15 local organizations. After completing an undergraduate program in political science at the University of San Diego, Ana participated in Americorps NCCC. She was stationed in the southeast region of the United States completing service projects ranging from trail building in South Carolina to tutoring in Louisiana. Ana worked for a local Riverside City Council campaign prior to beginning law school. Ana practiced criminal defense for a decade, specializing in juvenile defense and treatment courts such as Mental Health Court, Drug Court, and Girls Court. Ana is former president of the Pick Group of Young Professionals here in Riverside. 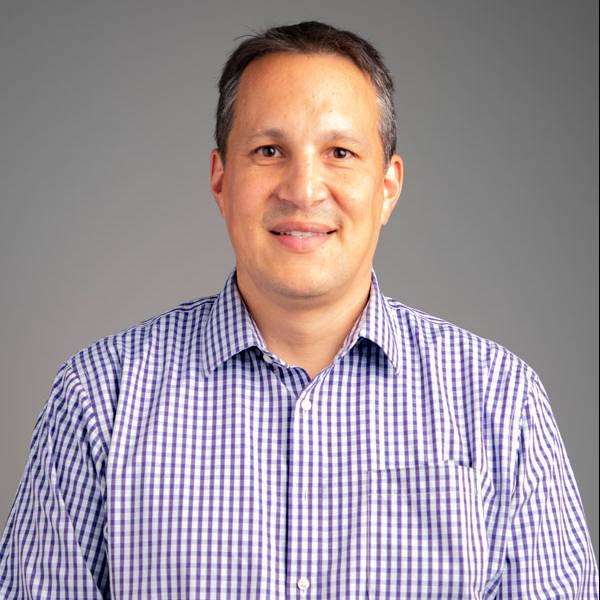 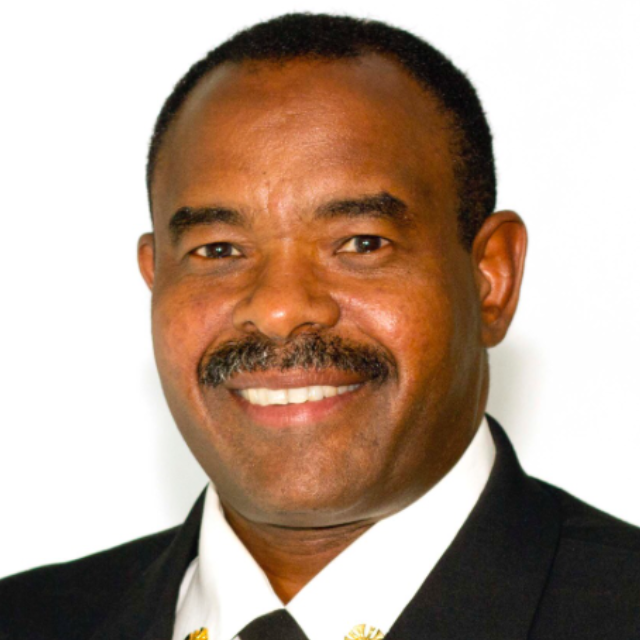 Michael Moore has been in the fire service for 35 years. In August 2014, he became the 21st fire chief for the City of Riverside Fire Department. Michael has a master’s degree in public administration from California State University Long Beach, a bachelor’s degree in management from Redlands University, an associate's degree in fire science from Long Beach City College, and an associate's degree in paramedical sciences from Santa Ana College. Michael resides in Corona, California with his wife, Robyne, of 34 years.

Walter Mueller is director of development for Olive Crest, an organization committed to ‘providing safe and loving families for every child’ which serves Southern California, the Pacific Northwest and Nevada. Walter has over twenty years of experience in supporting youth services through fundraising with a business approach to operations.  He considers his personal ministry to ensure that “every child has an opportunity to pursue their God-given dreams.”  Over his career, he has served as a regional representative, chief development officer and chief executive officer for non-profit organizations and enjoys working through teams to develop strategic plans and take organizations to the next level in pursuit of their mission. Walter and his wife, Debbie, are proud parents of two teenagers and make their home in Redlands, California.

Sean Oliver is the founder and chief equipping officer of Sean Oliver, a leadership development firm committed to equipping leaders for life, leadership and legacy. Mr. Oliver serves as an executive leadership coach, speaker, and author of several corporate training programs. Sean has been married to his bride, Melanie, for nearly 30 years, and they have two adult daughters. Sean loves collaborating with and equipping leaders from around the globe by utilizing technology to coach and train leaders remotely. Sean and his wife are active volunteers in their Church, South Hills Corona.

Richard Pelfrey holds his Chartered Retirement Planning Counselor designation from the College for Financial Planning. He began his career in financial services in 2003, when he became a licensed futures and commodities trader. Richard worked in the futures and commodity markets for over 9 years, developing hedging and speculative strategies for affluent clients. He recently moved to Wells Fargo Advisors after spending seven years with Merrill Lynch Wealth Management. During his time at Merrill Lynch Wealth Management, he provided comprehensive financial planning; including education savings, investment, retirement and succession planning.

As an advisory council member of the DCAC, I act in a completely separte role from my position as a Financial Advisor at Wells Fargo Advisors.

A life-long resident of the inland region, Erin is hugely committed to the community and to maximizing impact for good. Erin works with organizations that do “real good” for others. Most recently, she served the Riverside University Health System Foundation as executive director, and worked with teams responsible for fundraising, marketing and communications, and governmental relations for Riverside County’s public safety net healthcare system. Erin is married to Mark and has two beautiful children, Jade and Isaac, who, together, are the light of her life.

Robin Reid is a health/human services and public safety policy analyst to the Riverside County Board of Supervisors. Prior to joining County staff in 2005, she was a legislative assistant to two Senators and an Assemblymember in the California State Legislature. Robin holds a degree in social and behavioral science, a Juris Doctor degree and was recently certificated through Harvard University in Adverse Childhood Experiences (ACEs). Robin previously served on the boards of San Jacinto Valley Academy and Court Appointed Special Advocates. She also serves on numerous committees and task forces for Riverside County. Born and raised in Southern California, she enjoys spending time in the outdoors exploring with her husband and dogs. She has three grown boys and four beautiful grandchildren. 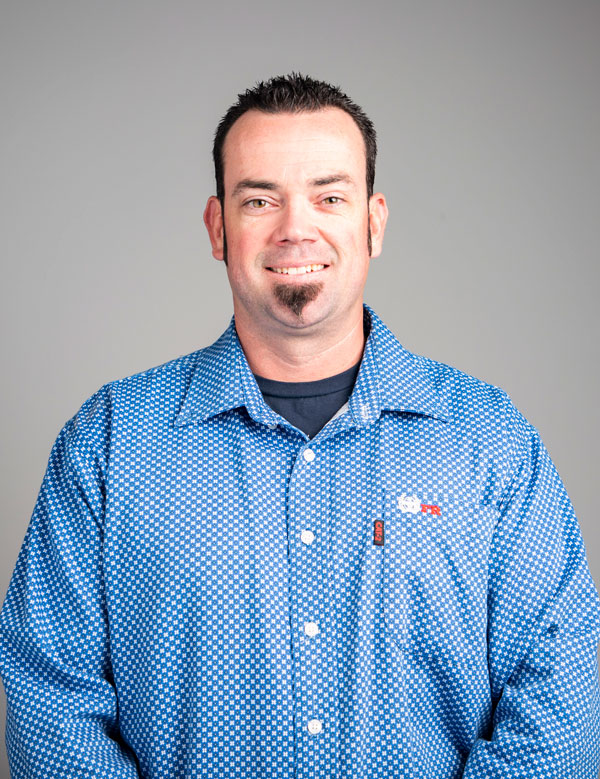 Benjamin Snelling currently serves as Vice President of Operations at OC&C Construction, where he has been since 2016.  Prior to joining OC&C, Mr. Snelling worked as an inspector and a deep seawater diver. Benjamin is a certified welding inspector (CWI) and commercial diver/underwater construction supervisor. He is married to his wife, Noelle, and they have two boys Landon and Triston. Mr. Snelling lives in Corona and is an active member of South Hills Church.

Matthew Stowe is chief operating officer and managing partner at OctoClean Franchising Systems Inc., a hospital housekeeping and commercial cleaning franchise established in 2000. He was the recipient of the Spirit of the Entrepreneur Award in 2008. Matthew has been active with the Riverside Chamber since 2008 and has been a member for over 10 years. He currently sits on the Hunter Park Business Council Board as vice president. He is also a committee member for the chamber’s annual golf tournament. 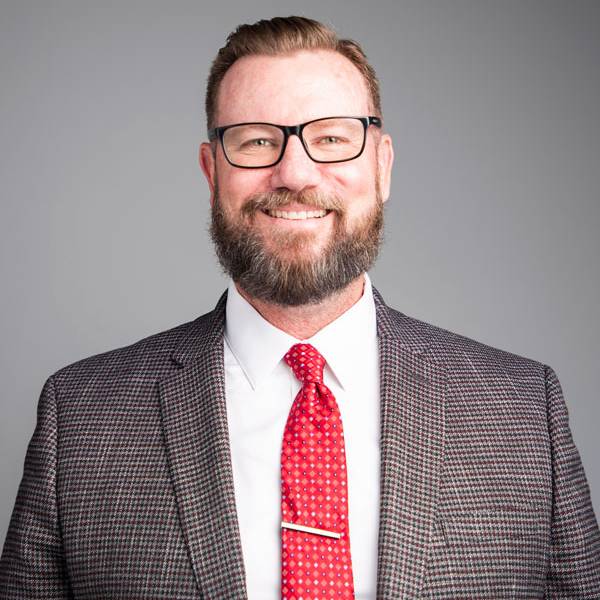 For the past 23 years, Sean Sullivan has dedicated his career to transforming the lives of the most severely abused and neglected children in Orange, and Riverside counties. He received his bachelor’s degree in psychology from the University of California, Irvine and his master’s degree in social work from California State University, San Bernardino. Sean is currently a deputy director with Riverside County Department of Public Social Services, Children’s Services Division and is also a member of CBU's College of Behavioral and Social Sciences Dean’s Community Advisory Committee.