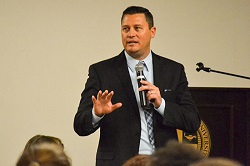 
Alumnus: treating addiction as a disease is best for families, society

Treating addiction as a disease and working toward recovery is not only beneficial for the families but for taxpayers as well, Phil Breitenbucher (’00), told a California Baptist University audience. 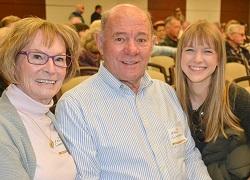 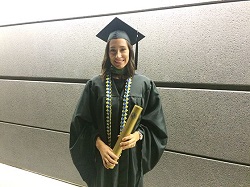 Daniela Medina (’15) was named one of the 2016 Inspiring Women of Mt. SAC in honor of National Women’s History Month. The award given by Mt. San Antonio College is based on a person’s character, involvement in community service and personal and academic achievements.


Accolades mounting for CBU basketball teams as they head into playoffs

After a successful regular season for the women’s and men’s basketball teams at California Baptist University, the fruit of their efforts are being recognized.