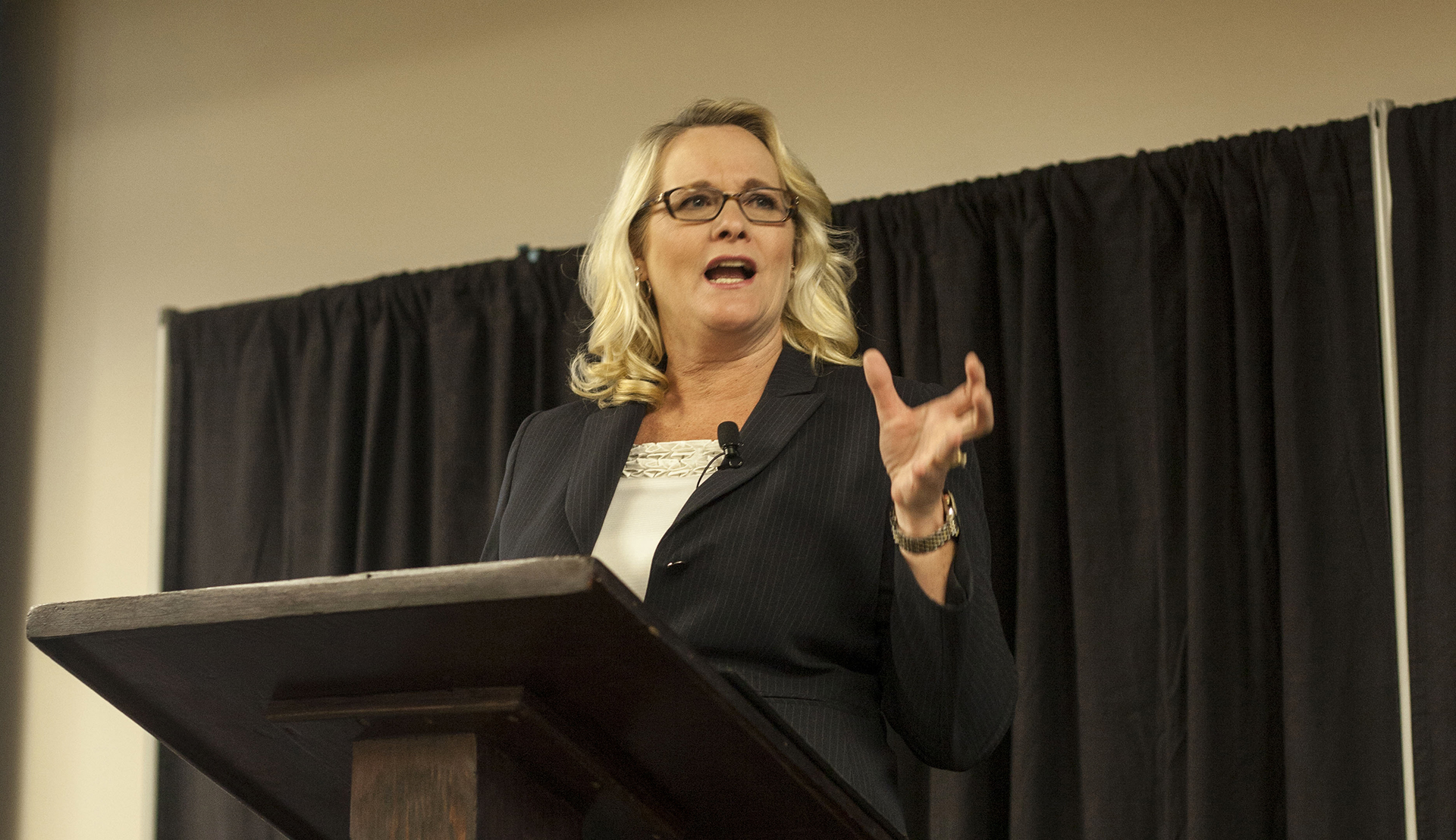 “No matter your background and your education, you can work in different industries through continued learning and you can be successful,” Harrington said.

Harrington worked for 30 years for the Riverside County Department of Public Health before retiring last year. She is also a CBU adjunct professor of public health sciences. Harrington spoke as part of the College of Health Science’s Distinguished Lecture Series.

At the county, Harrington held various positions, starting as a nutritionist and working her way to the director of the public health position. Over the years, she learned different professional skills such as developing a budget, how reorganize departments and implementing policies and procedures by working with a wide range of professionals.

At the peak of her tenure, the department she led had 1,200 employees and an annual budget of $122 million, Harrington said.

“[Becoming director] was the biggest learning curve because I had to move out of my comfort zone of being in nutrition to learning about communicable disease control and … emergency medical services,” Harrington said. “I really had to learn more and expand my knowledge.”

Harrington gave the example of when Proposition 215 passed in 1996, allowing for use of medical marijuana. She worked with sheriffs, district attorneys and drug and alcohol prevention professionals to determine how to best implement the initiative measure.

Harrington also spoke of the new challenges for people going into public health such as new disease like the Zika virus and the decriminalized use of cannabis.

“When you look to have a career, find an organization that you can make a difference and serve and share your talents,” Harrington said.