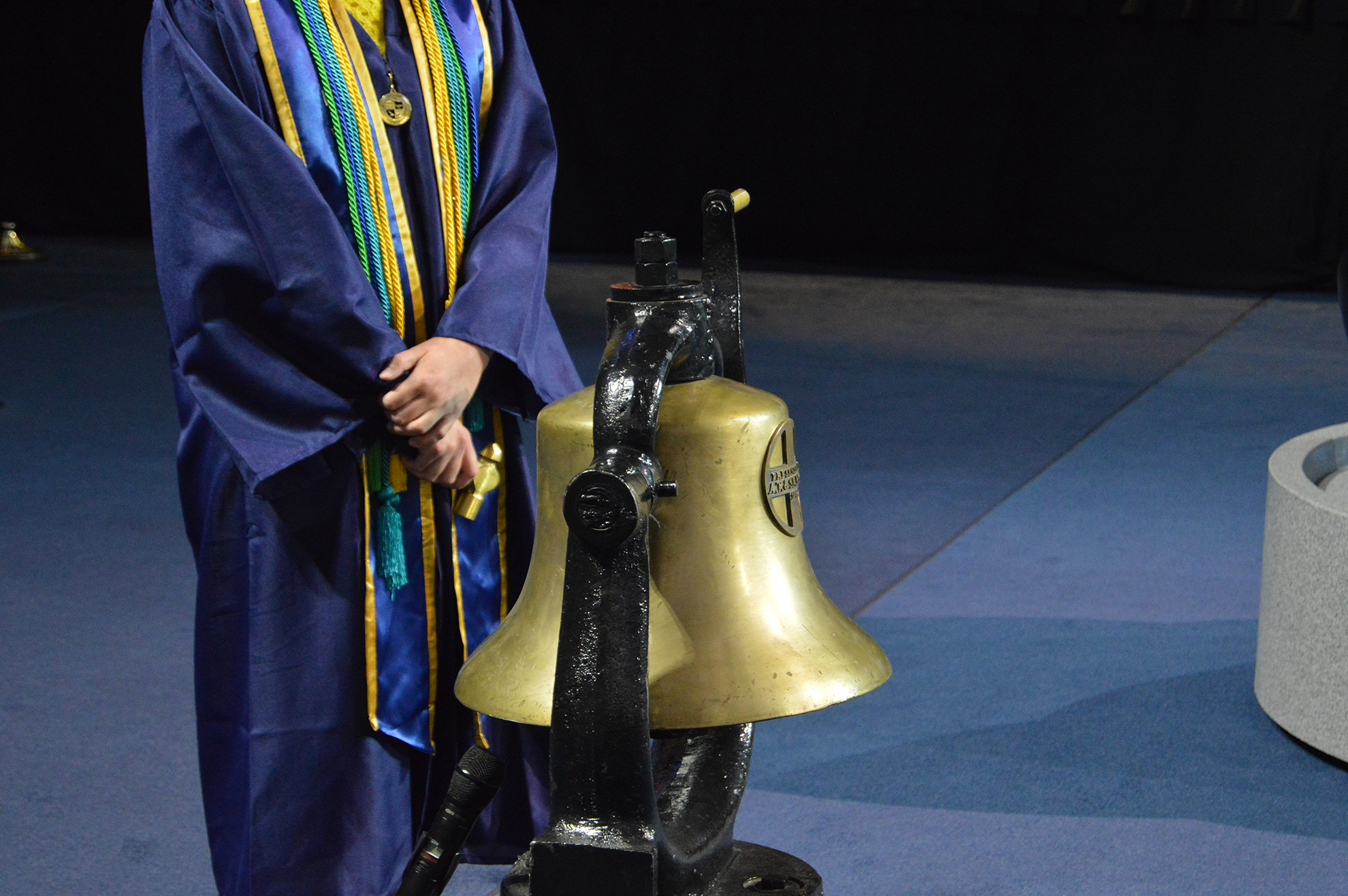 Riverside, Calif. (Dec. 9, 2019) – More than 800 students at California Baptist University are eligible to participate in two fall commencement ceremonies on Dec. 11. Two graduates from among the highest-ranking students will open up each ceremony with a CBU tradition—ringing the bell.

Lyndsey Morgan, who will receive a Bachelor of Arts in Psychology, will ring the bell at the morning ceremony, and Alanna Saldana, graduating with a Bachelor of Science in Nursing, will do the honors at the afternoon ceremony.

Morgan, whose current GPA is 3.99, was surprised and honored when she learned she had been chosen as a bell ringer. She said CBU has helped develop her skill set in many ways.

“CBU taught me how to balance [life] and not to procrastinate,” Morgan said. “[My college experience] taught me that if I just go ahead and do things ahead of time I’ll actually be less stressed and have more time to do other things.”

Saldana, whose current GPA is 3.93, wants to become a registered nurse. She said CBU is helping her get a step closer to achieving her dream.

“CBU shaped me in many ways but I believe that CBU has instilled in me to always trust that God is in control. There were many times where I doubted myself and my abilities to overcome obstacles, but it was in those times that God continued to show his love and mercy on me and in my life,” Saldana said. “CBU is a place filled with hope found only through God, and I’m very thankful for that reminder every time I step on campus,” she added.