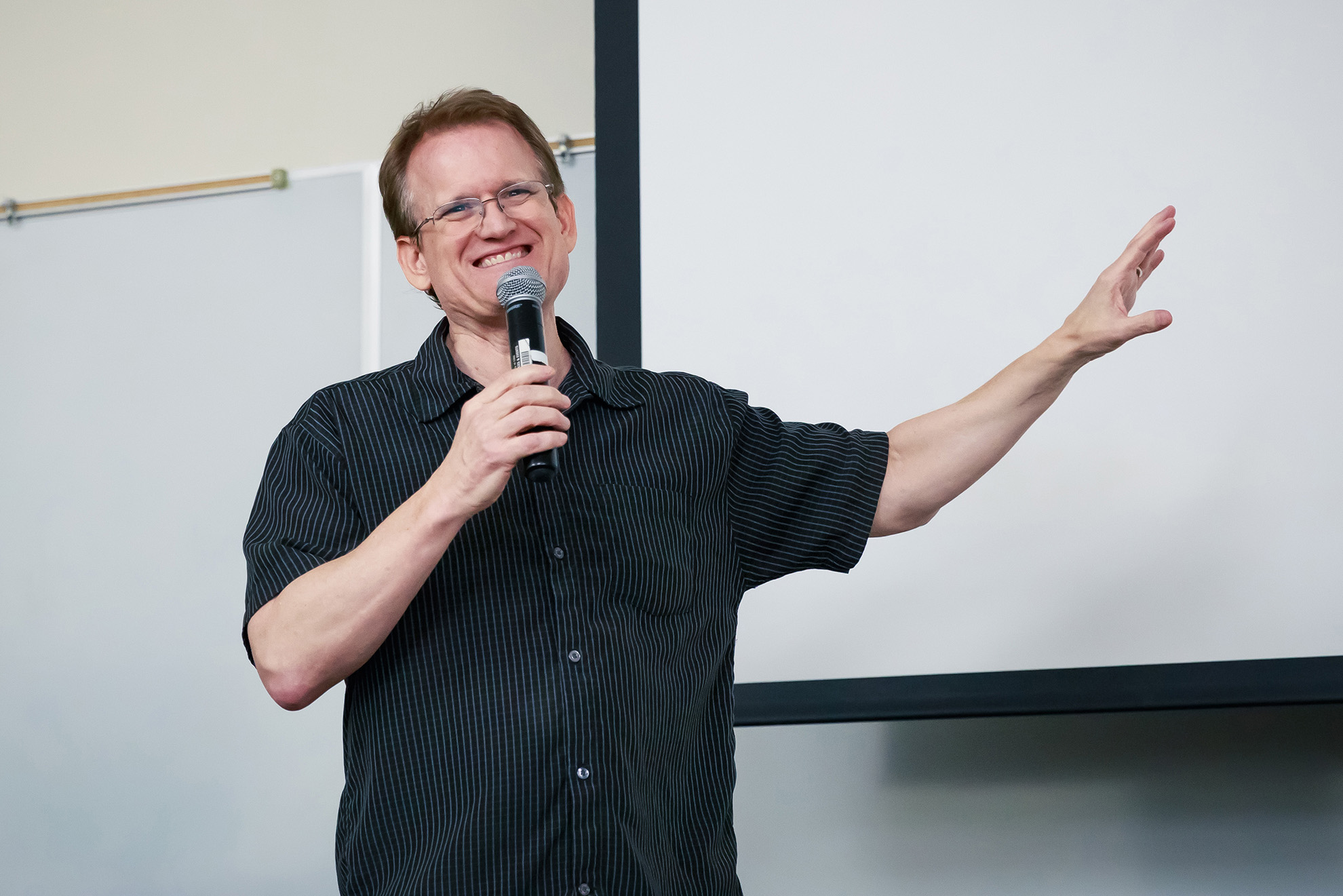 Riverside, Calif. (Nov. 15, 2017) – Retelling familiar stories through your own narrative is one of the most powerful ways of communicating, said Brian Godawa, a Christian filmmaker, screenwriter and author at a California Baptist University speaker series on Nov. 14.

“How is this done? You enter someone else’s story, then you retell their story within your own paradigm,” Godawa said. “You use a culture that is familiar and retell those stories, but you’re investing it with new meaning and that is what subversion does.”

The College of Architecture, Visual Arts and Design hosted Godawa, who shared insights into filmmaking, screenwriting and fiction writing.  Godawa has written and directed multiple documentaries over a 15-year career. He is also an award-winning screenwriter and author. Additionally, his book, “Hollywood Worldviews: Watching Films with Wisdom and Discernment” is used as a college textbook across the U.S.

Godawa cited the Acts 17 account of the Apostle Paul’s speech to religious seekers and philosophers at the Areopagus in Athens as an example of subversive storytelling.

“In a sense, he’s finding common ground. He’s using means and images and actual narrative elements of their narrative and he’s getting a Christian spin on it,” Godawa said.

Godawa said many Christian movies offer up clichés or preach at the audience.