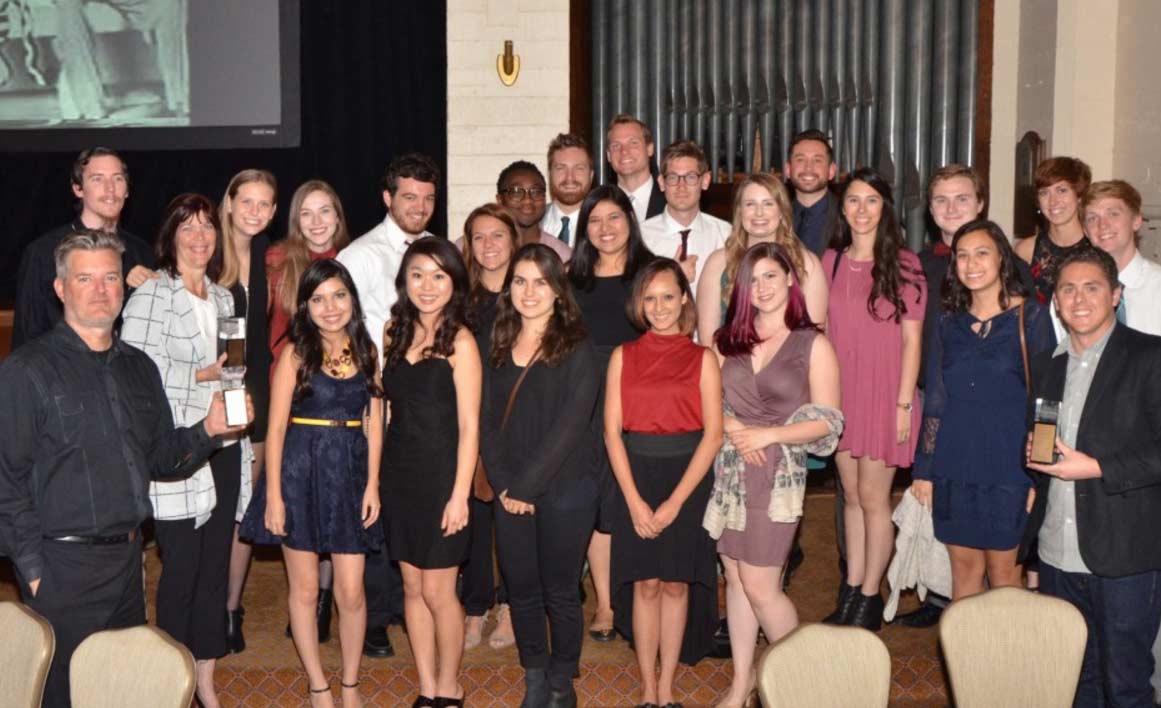 Riverside, Calif. (March 21, 2017) – Students, faculty and staff at California Baptist University combined to win 33 awards including Best of Show in the student and professional categories at the American Advertising Awards—Inland Empire Gala on March 17.

Michael Berger, program director for graphic design and photography at CBU, said the award process helps CBU students to network with other universities and design communities at the award ceremonies; and it also allows the students to have a barometer to measure their work.

“The American Advertising Awards are another opportunity the students get to get out of the classroom and into the community,” Berger said. “They see other work from students and professionals that reinforce what they learn in the classroom. They are competing against art schools and holding their own.”

Local Gold and Best of Show winners will advance to the regional competition with a chance to move on and compete at the national level.

To see photos and a complete list of winners in all categories, visit http://aaf-inlandempire.com.