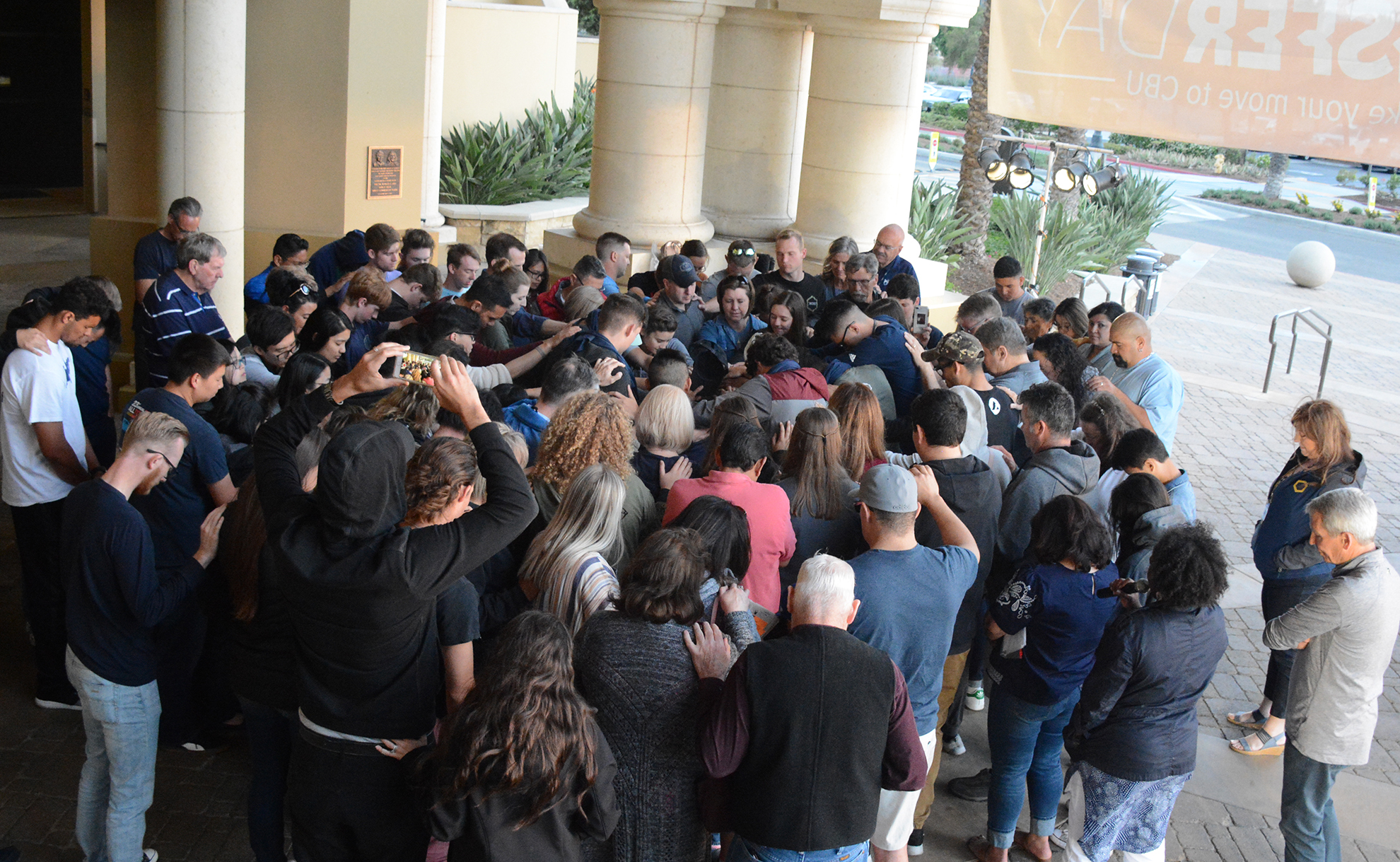 Riverside, Calif. (May 6, 2019) – California Baptist University hosted a celebration for its 5,000-plus International Service Project (ISP) volunteers on May 5 at the Kugel located in the Ronald L. and Jane Dowden Ellis Great Commission Plaza.

This year marks the 23rd year of Mobilization efforts at CBU.

Per CBU tradition, before an ISP team’s departure, students, along with their family and friends gather to pray at the Kugel, a globe that rests on a base with the scripture from Matthew 28:19-20 etched in stone.

“CBU is a university committed to the Great Commission and the ISP projects are a way to actualize this calling,” Ellis said. “What is etched in the Kugel is who we are.”

This summer, nearly 300 volunteers, comprising 35 teams, will serve in 25 countries. Seven teams will depart from CBU as part of its first wave of volunteers up until May 6 en route to Southeast Asia, Poland, South Africa and Eastern Europe.

The teams will conduct theater and sports camps, assist in health care practices and seek to create culture interactions.

Jeff Lewis, director of Mobilization, said that he prays that the students will be able to have many conversations about the Gospel message.

Participants received more than 75 hours of training to prepare for service opportunities, including an "Intensive Training Weekend” that simulates situations to engage in service and gospel conversations.

ISP students will serve on three types of teams, depending on previous ISP experience and their time commitment. Encounter teams are open to all participants who serve up to three weeks. Engagement teams go for three weeks, and Immersion teams serve for eight weeks. The latter two teams are only for returning ISP students.

Andreas Coppedge-Calderon, an electrical and computer engineering junior, was identified as the 5,000th ISP participant. His team is going to Southeast Asia to conduct basketball camps and play games against local college teams.

“I read God’s word and it tells me to go and preach the Gospel to the world,” Coppedge-Calderon said. “I’ve never deliberately done that, so here at CBU I decided to dive into the ISP program. I’ve learned through my training that God will use my story to help others.”