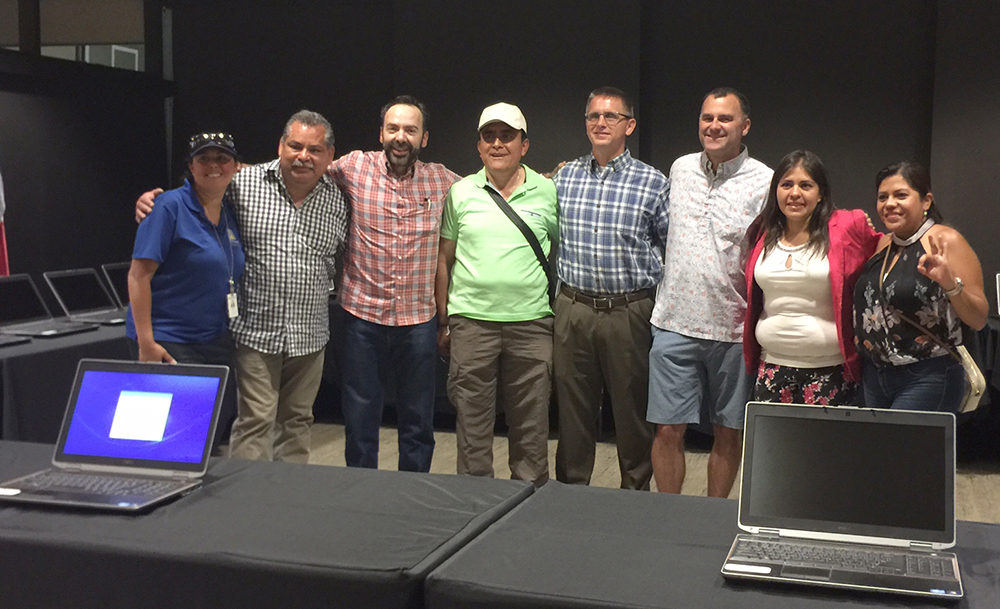 Riverside, Calif. (May 10, 2018) – California Baptist University donated 25 laptop computers to the city of  Cuautla, Mexico, on May 6 to celebrate the 50th anniversary of its sister city relationship with Riverside. Cuautla is nearly 65 miles south of Mexico City and has a population of more than 160,000.

The mayor’s office in Riverside, after discovering the main library in Cuautla needed computers, decided to donate multiple computers. The office also contacted CBU to see if they could add to the contribution.

Dr. Tran Hong, associate vice president of technology for Online and Professional Studies division at CBU, said that his team put the donated laptops through a reimaging process that included a clean installation of Microsoft Windows operating system.

Dr. Charles Sands, provost and vice president for academic affairs at CBU, with Riverside Mayor Rusty Bailey presented the gifts to representatives from Cuautla who were visiting Riverside for the anniversary.

Sands said the recipients were thankful for the laptops.

“CBU is committed to community and global engagement in a very intentional and purposeful way,” Sands said. “One of the core four outcomes we strive to impart at CBU is to be ‘Globally Minded’ and thus participating in providing opportunities for others to gain access to information fits extremely well with our mission and purpose as an educational institution.”