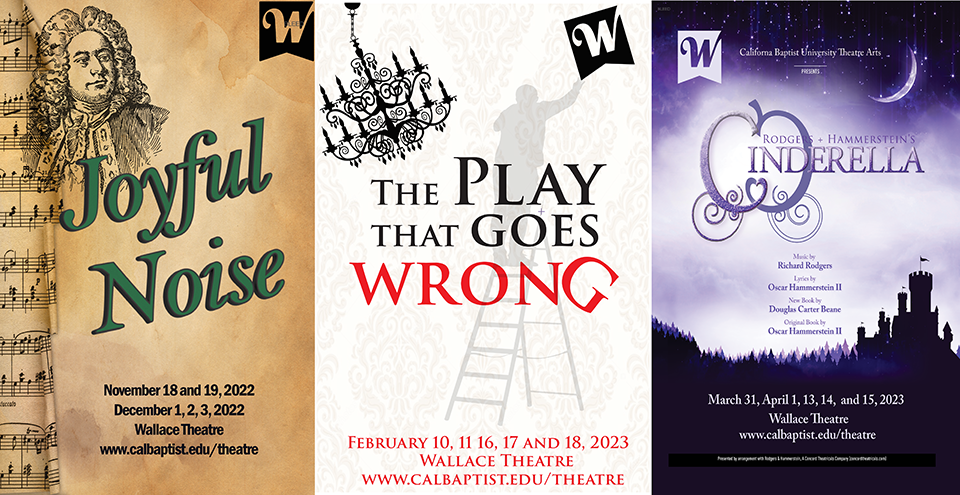 George Frederick Handel is in trouble: his last opera flopped, he is no longer in favor with King George II and preachers are raging that his latest work is blasphemous. In this climate, he struggles to present "The Messiah." Handel's travails are linked with those of his leading soprano. Forced into retirement because of a scandal, she is slated to make her comeback in his new masterpiece and fears a nasty reception. A malicious, back stabbing alternate is waiting in the wings to replace her. A devious bishop and Handel's bulky librettist add to the conflict in this true story of the politics and passion that nearly prevented "The Messiah" from ever being performed.

The Play that Goes Wrong

Welcome to opening night of the Cornley University Drama Society’s newest production, The Murder at Haversham Manor, where things are quickly going from bad to utterly disastrous. This 1920s whodunit has everything you never wanted in a show—an unconscious leading lady, a corpse that can’t play dead, and actors who trip over everything (including their lines). Nevertheless, the accident-prone thespians battle against all odds to make it through to their final curtain call, with hilarious consequences!

All the beloved characters come to like in this new Broadway adaptation of the classic musical. This contemporary take on the classic tale features Rodgers & Hammerstein's most beloved songs, including “In My Own Little Corner,” “Impossible/It's Possible” and “Ten Minutes Ago,” alongside an up-to-date, hilarious and romantic libretto by Tony Award nominee Douglas Carter Beane.