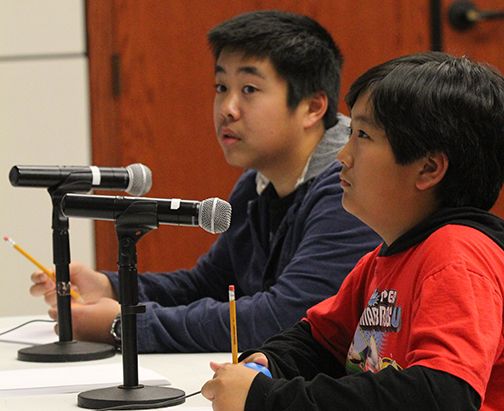 MATHCOUNTS is a national organization that holds competitions for students in grades 6–8. Students can compete as individuals or on teams to solve various math problems in a series of timed rounds. More than 110 students participated in the event.

Dr. Ziliang Zhou, professor and chair of the mechanical engineering at CBU, said helping with MATHCOUNTS provides younger students with an invaluable opportunity for success in science, technology, engineering and math (STEM) education.

Top finishers at the CBU event in the individual and team categories will move on to compete at the state competition. Additionally, CBU's College of Engineering awards $10,000 scholarships ($2,500 per year) to top performers if they enroll in the CBU engineering program as a full-time student in the future.