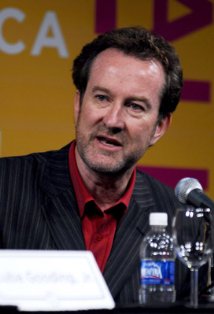 Winter will speak on how the gospel is represented in modern film.

The Christ and Culture Lecture series is designed to challenge students, faculty and staff to wrestle with and understand the implications of the Christian faith in light of their academic and life work, and how "loving God with all your heart, mind and strength and your neighbor as yourself" might look in practice.

The series begins with chapel services at10 a.m. and 11 a.m. in the Van Dyne Gym and continues with a formal lecture in the Innovator's Auditorium from 11 a.m. to 12:20 p.m. That lecture will be followed by a response from a faculty panel from several disciplines.