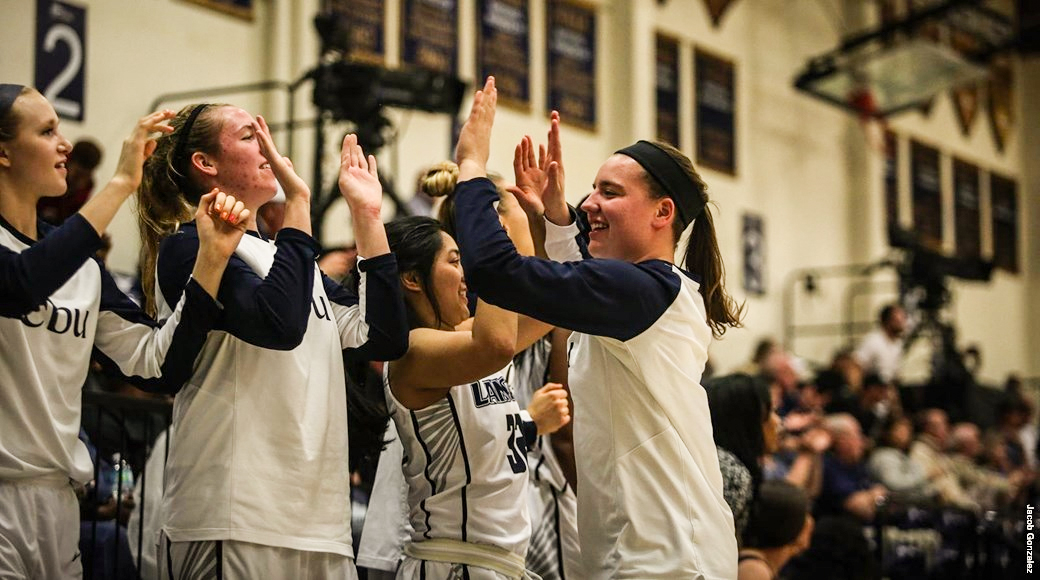 The women’s team finished the regular season with a perfect 20-0 record in PacWest play; becoming the first program to pull off this feat in PacWest history. Cassidy Mihalko claimed the PacWest Player of the Year award, while Jarrod Olson was voted the conference Coach of the Year. Kamille Diaz joined Mihalko on the all-conference first team, while Courtney Nelson picked up second-team distinction. It marks the second year in a row Olson has been named PacWest Coach of the Year after leading CBU to its second-straight conference title and third over the last five season.

The first place finish earns the Lancers a first round bye in the PacWest Tournament. The Lancers will open up post-season play on Friday at 5:00 p.m. at Concordia University Irvine against the winner of Notre Dame de Namur University and Azusa Pacific University.

The team is currently ranked No. 3 in the NCAA Division II- Women's Basketball Coaches Association poll.