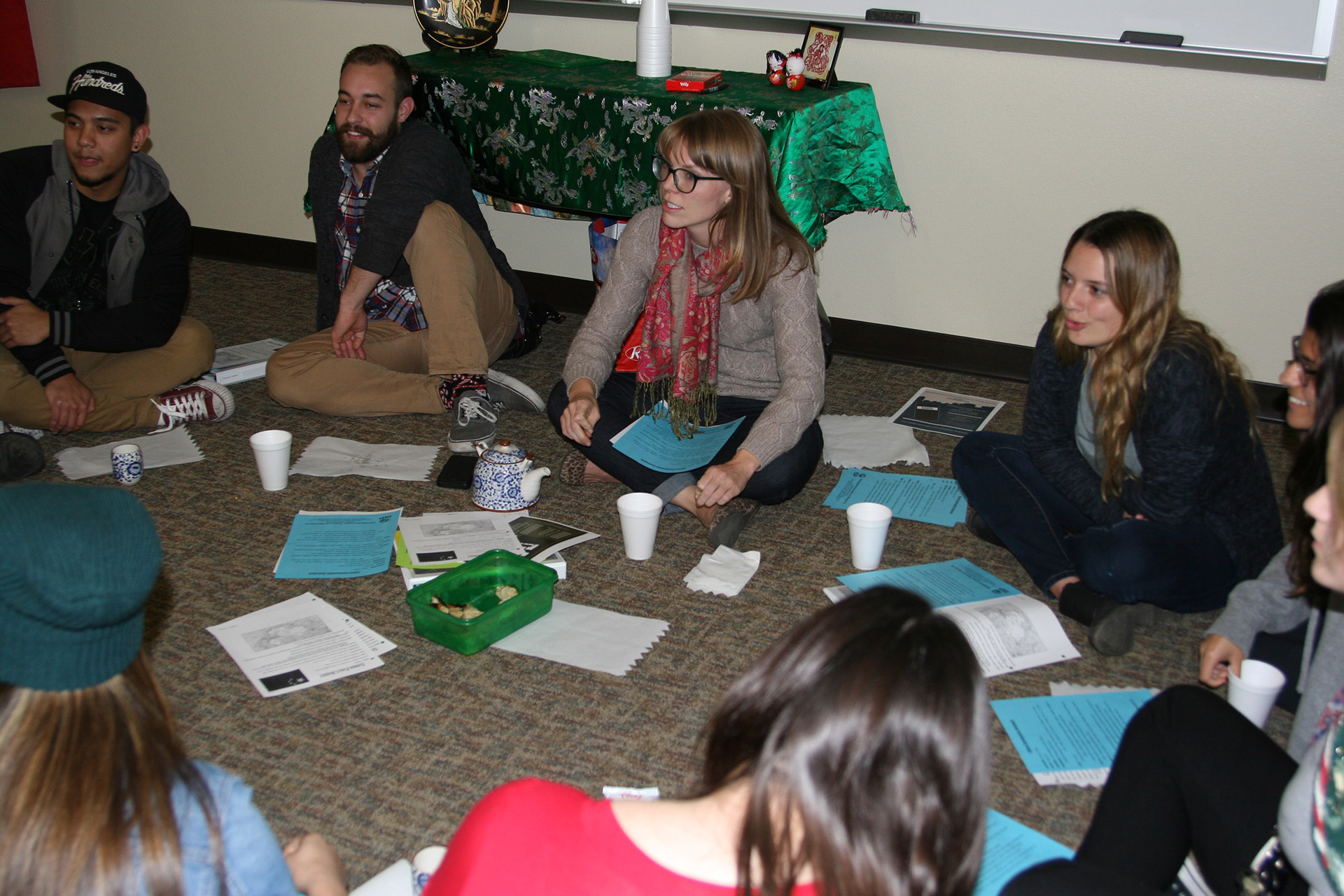 Team leaders and students get to know each other at the Office of Mobilization's Team Reveal event on Dec. 1.

Riverside, Calif. (Dec. 2, 2016)—Anticipation filled the air on Dec. 1 as several hundred California Baptist University students packed the gym at the College of Health Science for Team Reveal—a time when the Office of Mobilization reveals which volunteer teams the students will serve on.

“The position that you’re in is perfect for what God has in store for you,” Jeff Lewis, director of Mobilization, told the students.

Next year will mark the 21st year of global outreach by students, staff and faculty members. In 2017, 335 students and team leaders will comprise 36 teams for International Service Projects and Summer of Service. The teams will serve in 22 countries.

Lewis noted the theme for the 2017 service projects is “Insanity,” which corresponds with the theme verse Philippians 1:21: “For to me, to live is Christ.”

Students later met with their fellow team members and learned where they would serve.

Ken Sanford, adjunct professor of education, will be leading his eighth team.

“I get so blessed by being involved with these students who are willing to do this,” said Sanford, whose team is going to East Asia. “God has put me in this position to mentor students and help them have the experience of going overseas to do a task and share their faith.”

In the past 20 years, CBU has sent out 479 teams to 58 countries. Before leaving for their fields of service, students participate in 75 hours of training half of which takes place during Intensive Training Weekend. Additionally, teams receive weekly training for 15 weeks, covering topics including culture shock, spiritual warfare and specific customs.