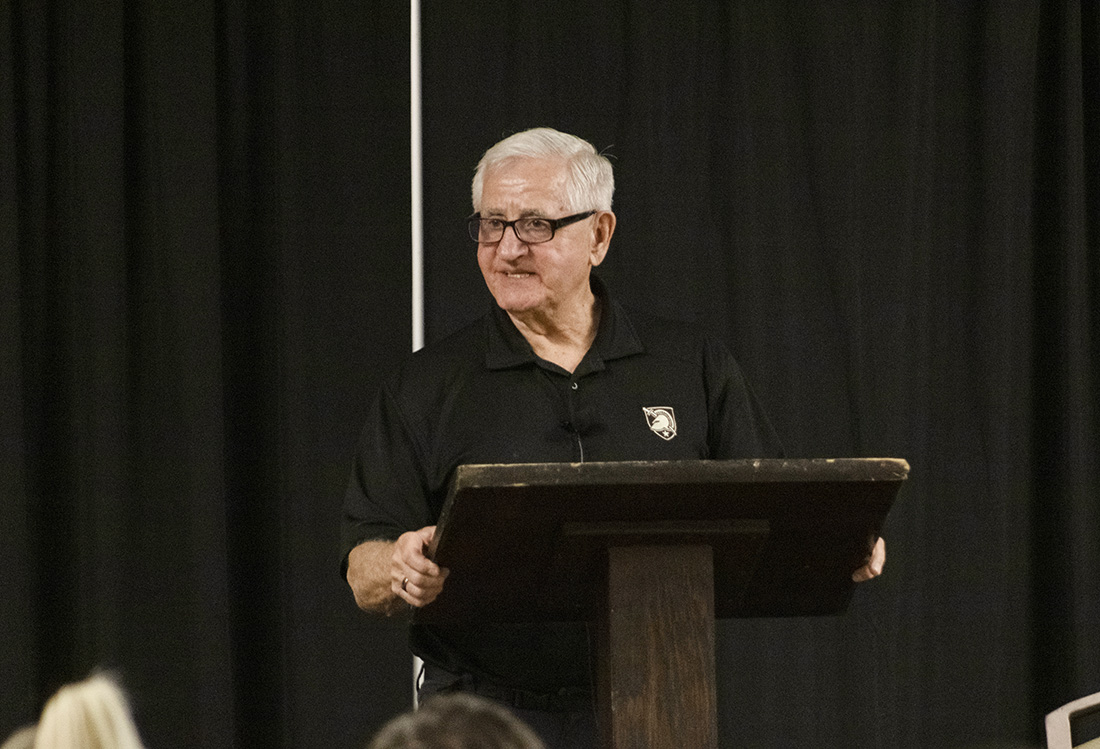 Merhar grew up in Minnesota and graduated from the U.S. Military Academy West Point. In May 1973, he enlisted in the Army during the Vietnam War. He stayed in the military for more than 14 years and worked for the U.S. Secretary of State.

Merhar said that 19 classmates from West Point died in the Vietnam conflict. He visits the Vietnam Veterans Memorial each year in Washington, D.C., to honor their lives.

“The men at the academy that I worked with, played with and went to war with, became my family,” he said.

Merhar said he is thankful for the “Vietnam generation” and he is grateful to be a part of an “incredible part of history.”

Merhar said when choosing a path in life, to think about the consequences your decision will have on your family.

“When you make a decision in favor of your family, you're making the right decision. They are the people that at the end of your life you’re going to want to be there,” Merhar said.

Merhar also shared that a few years ago, he was hospitalized with an infection that spread to his spinal cord.

“No one ever told me I was going to be able to walk again, but every single day my wife prayed for me along with others, and that encouragement led me to walk again,” Merhar said. “I am alive because people cared enough about me and I knew at that point that I could and would not die.”

Merhar said that a person’s faith can carry one through all life’s circumstances.

“Prayer is the most powerful thing that you can do,” Merhar said.

“It was nice to hear about how important his faith is and how it helped him get through a rough time in the hospital. It really reminded me to focus on my faith and have it be a part of my life and my part on the cheer team,” Bruce said.

Jose Munoz, a sociology senior, said that he enjoyed listening to Merhar’s life experiences in Vietnam.

“It is always interesting to hear the perspectives of someone who lived through that time in history,” Munoz said.