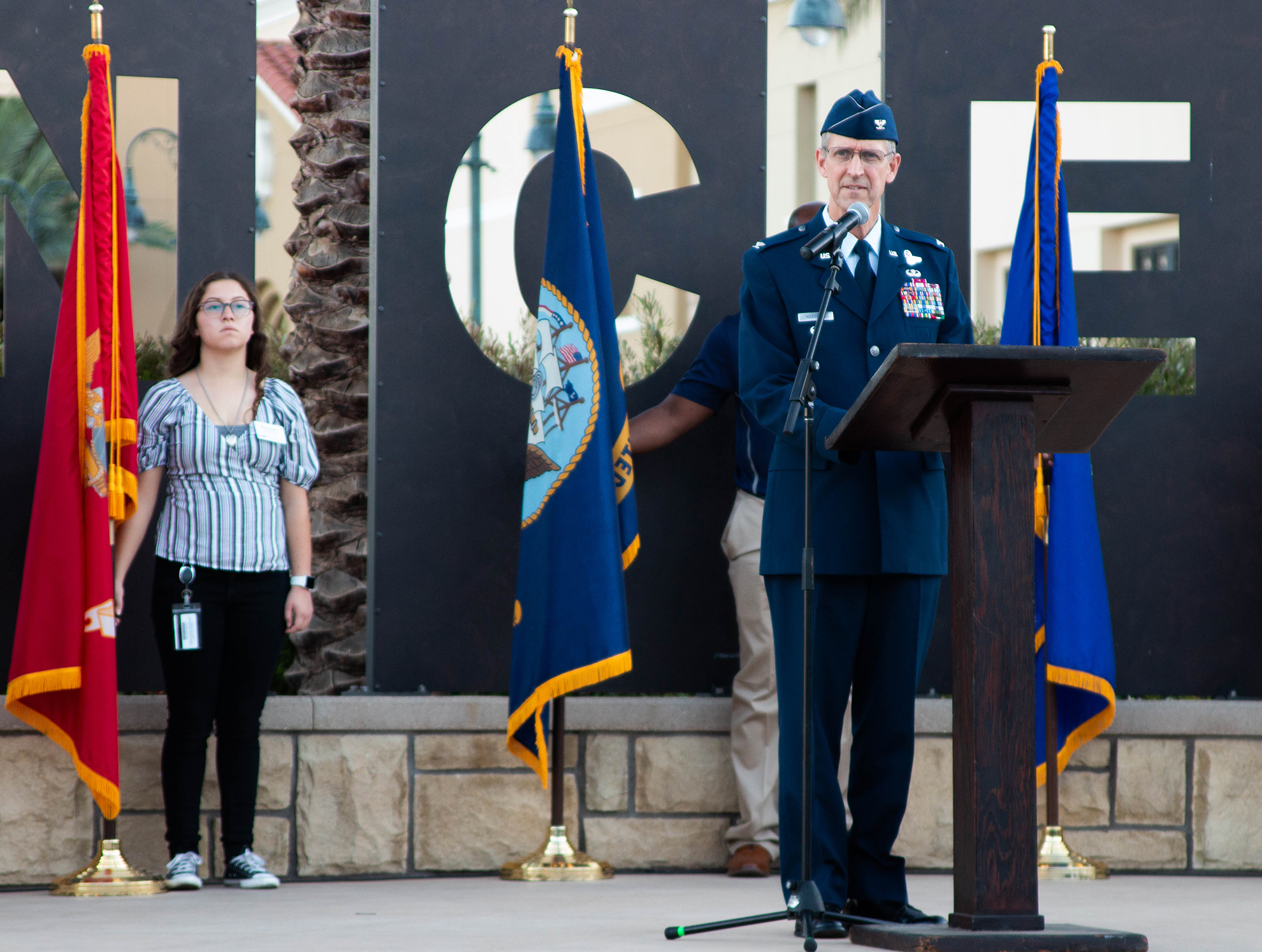 Honoring the veterans began with a cake-cutting ceremony to celebrate the Marine Corps' 246th birthday. The Veterans Day Ceremony also included a reading of the Presidential Proclamation; recognition of veteran faculty, staff and students; and a speech from Dr. John Marselus, chair of the Department of Aviation Science.

Marselus served in the U.S. Air Force as a fighter pilot. He said he was trying to figure out the essence of what it means to be a veteran and decided it came down to one word: commitment.

"We live in a time and an age where people… start something and they won't finish it," he said.

Marselus said that there are three ways members of the Armed Forces demonstrate commitment: to their nation, to their service, and to each other.

The nation could not be what it is today without the Armed Forces and their willingness to give up their lives for their country, Marselus said.

"When we give our oath of office, we are promising to give our lives in defense of what that means," Marselus said.

He also talked about the loyalty the Armed Forces as a whole have for each other and the individual bonds between members of the same branch.

"In the Army, they call them battle brothers. In the Air Force, we call them wingmen. I wouldn't be standing before you now if it wasn't for my wingmen," he said.

Marselus challenged the audience to emulate the commitment demonstrated by the Armed Forces, encouraging them to consider their devotion to God, church, friends, and families.

"You don't have to wear a uniform to be committed," he said.