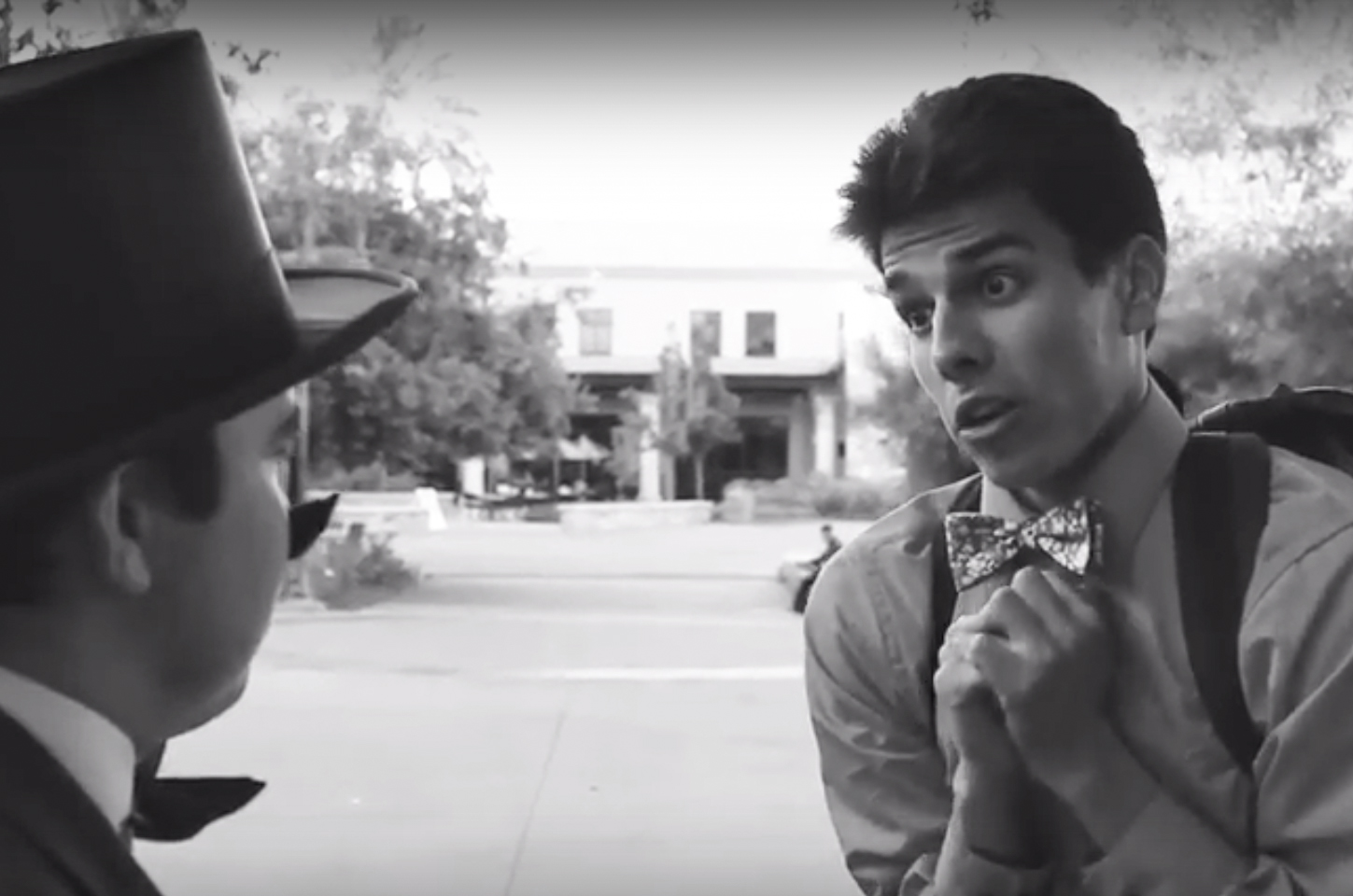 “It’s a forum for students to show how far they’ve come, but also to give them some motivation to start making films,” Croteau said.  “Students are really excited to see their work on a large screen and appreciated by a group of people.”

Mario Adurias, a junior double majoring in film and theatre, won seven awards for two films. “The Student,” his tribute to silent films, earned Adurias the Best Narrative Film award. The comical short flick follows a college student who is determined to do the right thing.

Adding to his creative work, Adurias used a stop-motion process for “Strung Together,” a story based on a Chinese proverb about a red string that ties two fated lovers. The film won Best Editing at the festival.

“We learned the stop-motion process is both grueling and rewarding,” said Adurias, who spent nearly 20 hours editing “Strung Together.” “It is wonderful to see imagination come alive.”

Jordan Riley, a film studies senior, was inspired by the book of Exodus and films such as “Lord of the Rings,” “The Chronicles of Narnia” and “Avatar” for her film “Existence: Age of Discovery,” which won Best Production Design.

“The entire film is filled with metaphors, symbols and religious ideas, because I truly love stories that have a much deeper meaning and purpose,” Riley said. “I want to change lives through making films and connecting to the audience’s emotions.”

One of the entries, “Lifeline,” a public service announcement (PSA) won Best Non-Narrative film. It is also nominated for the Directing Change Student Film Contest, a statewide competition that is part of the California Mental Health initiative.

“The students are making great films,” Croteau said. “I think it’s very important to have a film major on campus, something that trains young Christian filmmakers to really be a force, to be the salt and light in the film industry.”

Best Supporting Actress:
Summer Betancourt, in The Student and Strung Together