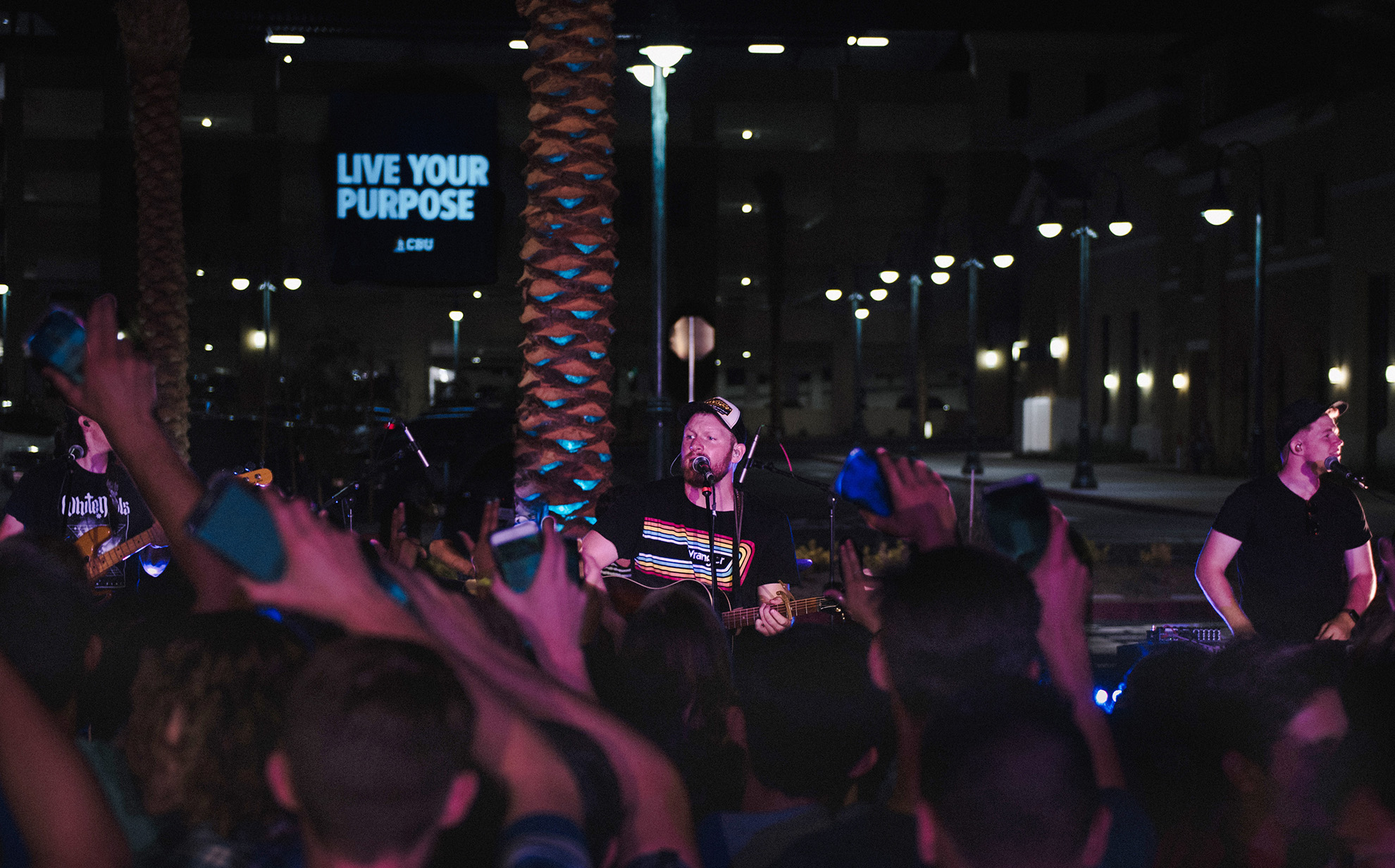 Riverside, Calif. (Sept. 25, 2019) – TWIRP (The Woman Is Required to Pay) week officially kicked off on Sept. 24 with a concert, one of the many events created for students to enjoy social interactions throughout the week.

Kristin Holderman, director of campus activities, said the tradition of TWIRP is geared toward creating a fun and safe environment for students to connect and form new friendships.

“We just want students to make connections and these types of traditional events help students feel a part of the CBU community,” Holderman said.

The Associated Students of CBU helped organize events that include a concert by Harbor & Home, a movie night, a barn dance and an outing to a MLB game.

Isabella Ayllon, a worship arts and ministry freshman, said she likes that the TWIRP tradition encourages a woman to invite a man to an outing.

“TWIRP is a week where the girls get to ask out the guys instead of the other way around, which is breaking that stereotype,” Ayllon said.

“I think it is fun because you’re encouraged to meet more people. Going to an event like this one, you get to see so many new faces and I think it's really cool event, even if you don't go with a guy,” Fisher said.