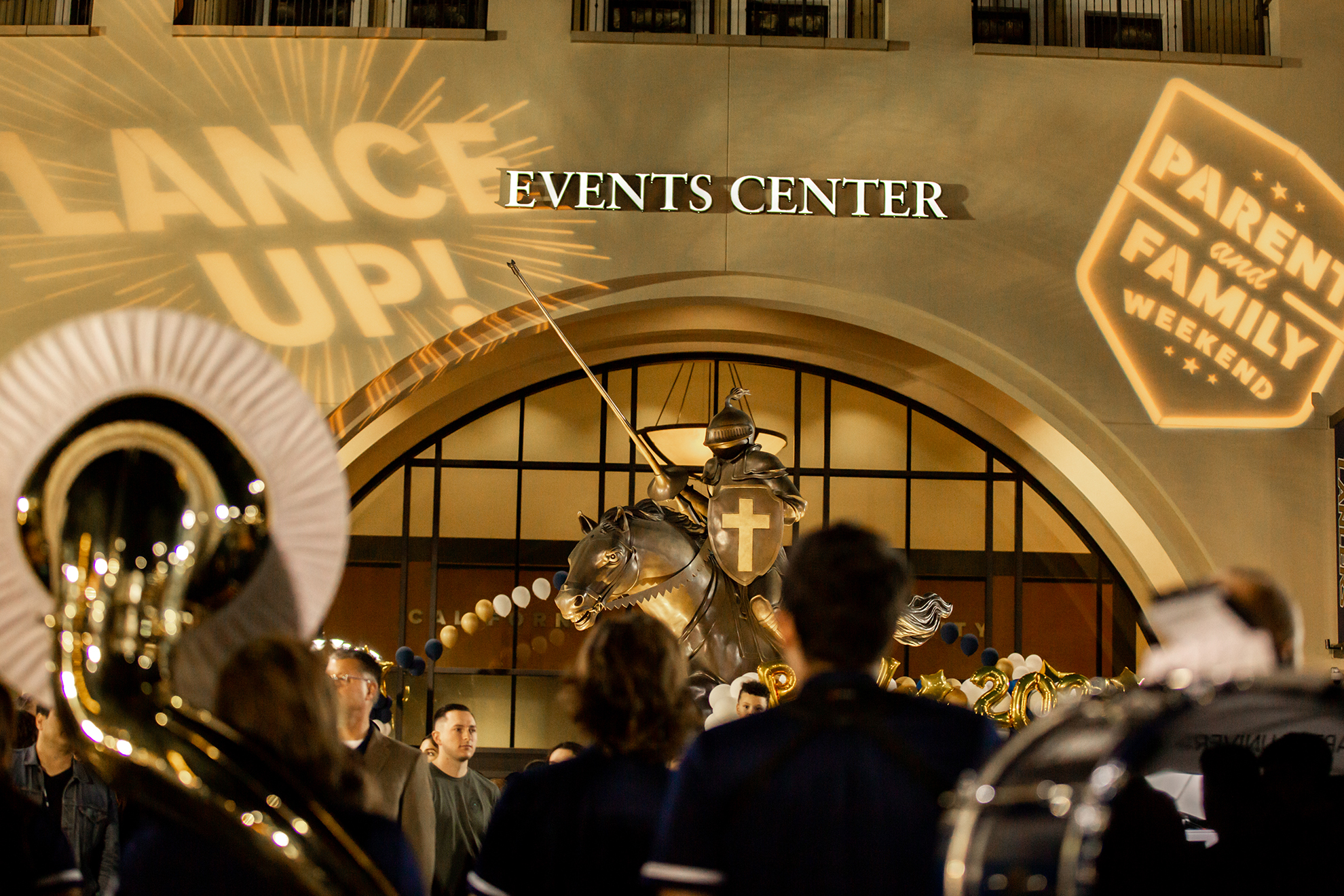 Riverside, Calif. (Nov. 16, 2021) — Thousands came to California Baptist University for Parent and Family Weekend on Nov. 12-13, bringing families together to participate in activities.

On Nov. 12, families had the opportunity to tour academic colleges and schools at CBU to meet deans and faculty members.

Later in the afternoon, families visited the Block Party on the Front Lawn, which featured food trucks, a photo booth, games and inflatable slides.

The day concluded with the Fortuna Bowl, the annual intramural flag football championship and one of the largest sporting events at the school. The event drew an estimated 6,200 spectators. The Twinkle Toesies beat Bombshell 6-0 in the women’s championship game and the Baptist Baddies beat J.A.C.K. 14-7 in the men’s game. 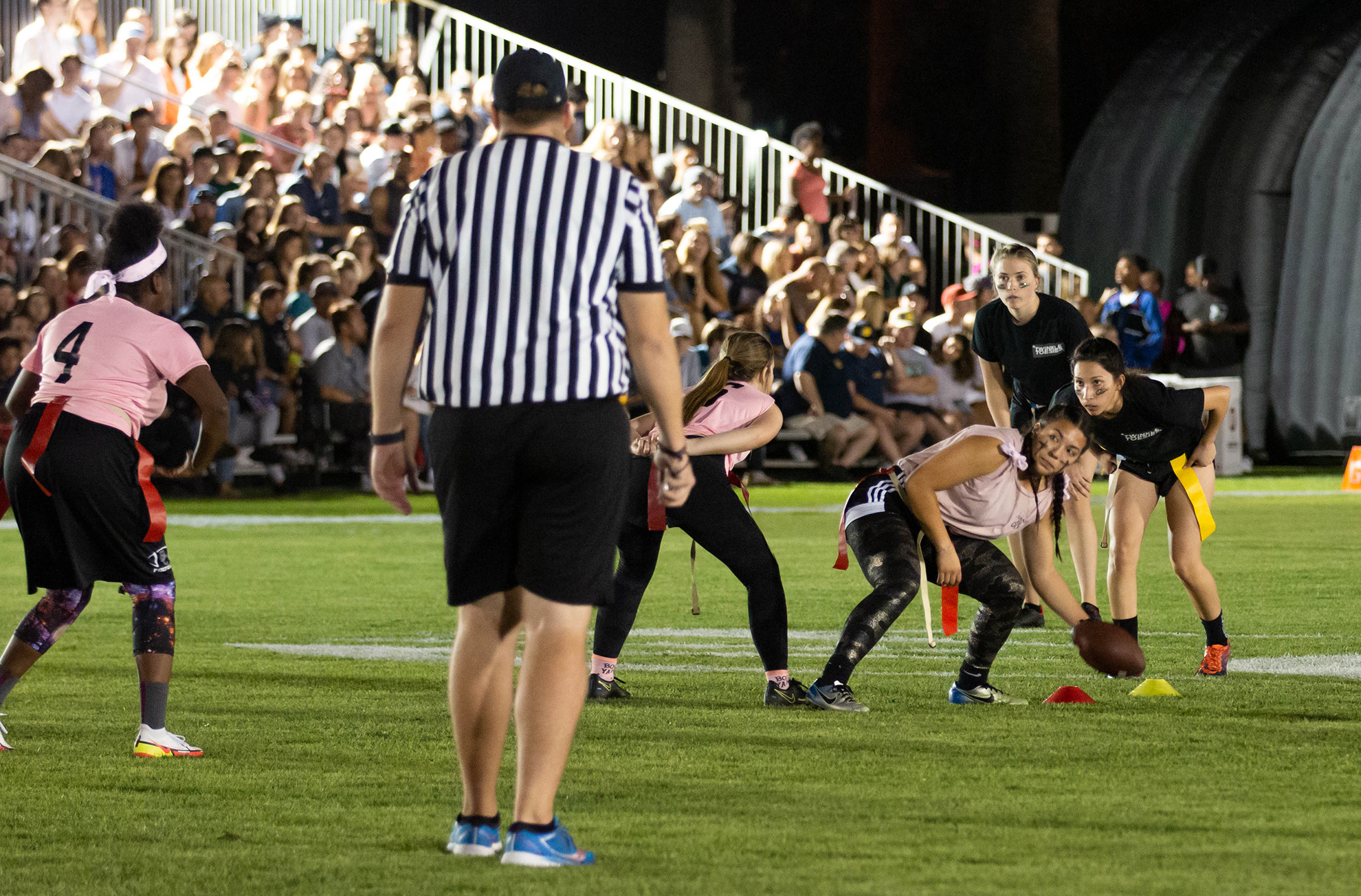 Shan Balingit has a daughter and a nephew who attend CBU. The nephew was playing in the Fortuna Bowl. The weekend was a good time to connect with family, Balingit said.

After the final game, a fireworks show ended the night.

The following morning, families had the option of participating in a hike up Mt. Rubidoux, which included a parent prayer during the hike.

In the evening, there was a pregame party before the men’s basketball game that featured live music, food trucks, a climbing wall and a performance by the Lancer Pep Band. 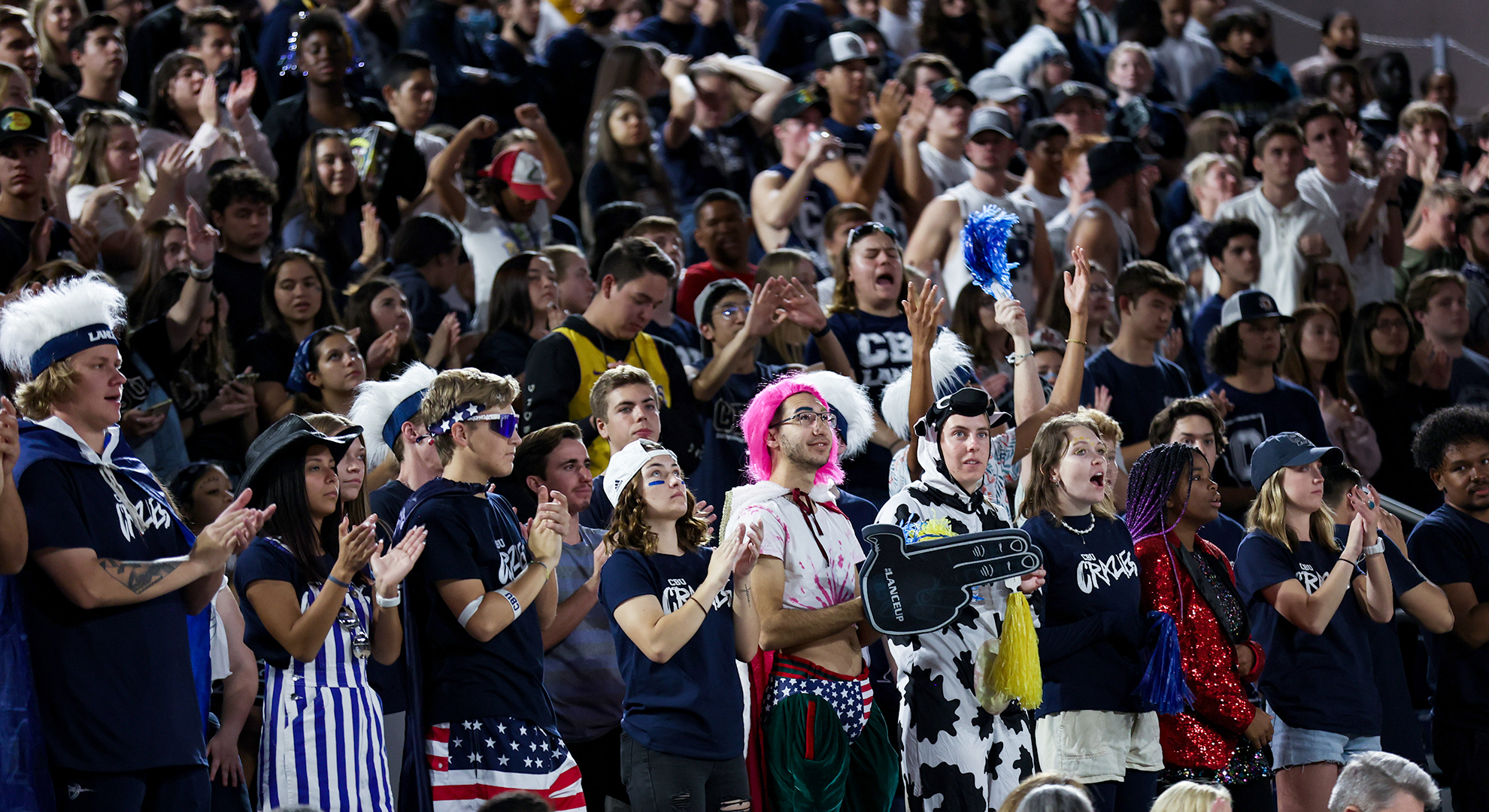 Bethany Dirkin, a health science freshman, attended the game with her father and siblings.

“I enjoy sports, I wanted to see Bethany, what a perfect combination! To have sports, to see my daughter on her campus, in her environment,” Dirkin said. “All the community was great.”