Theatre Tech Week: teaching students how to bring all of a play’s components together 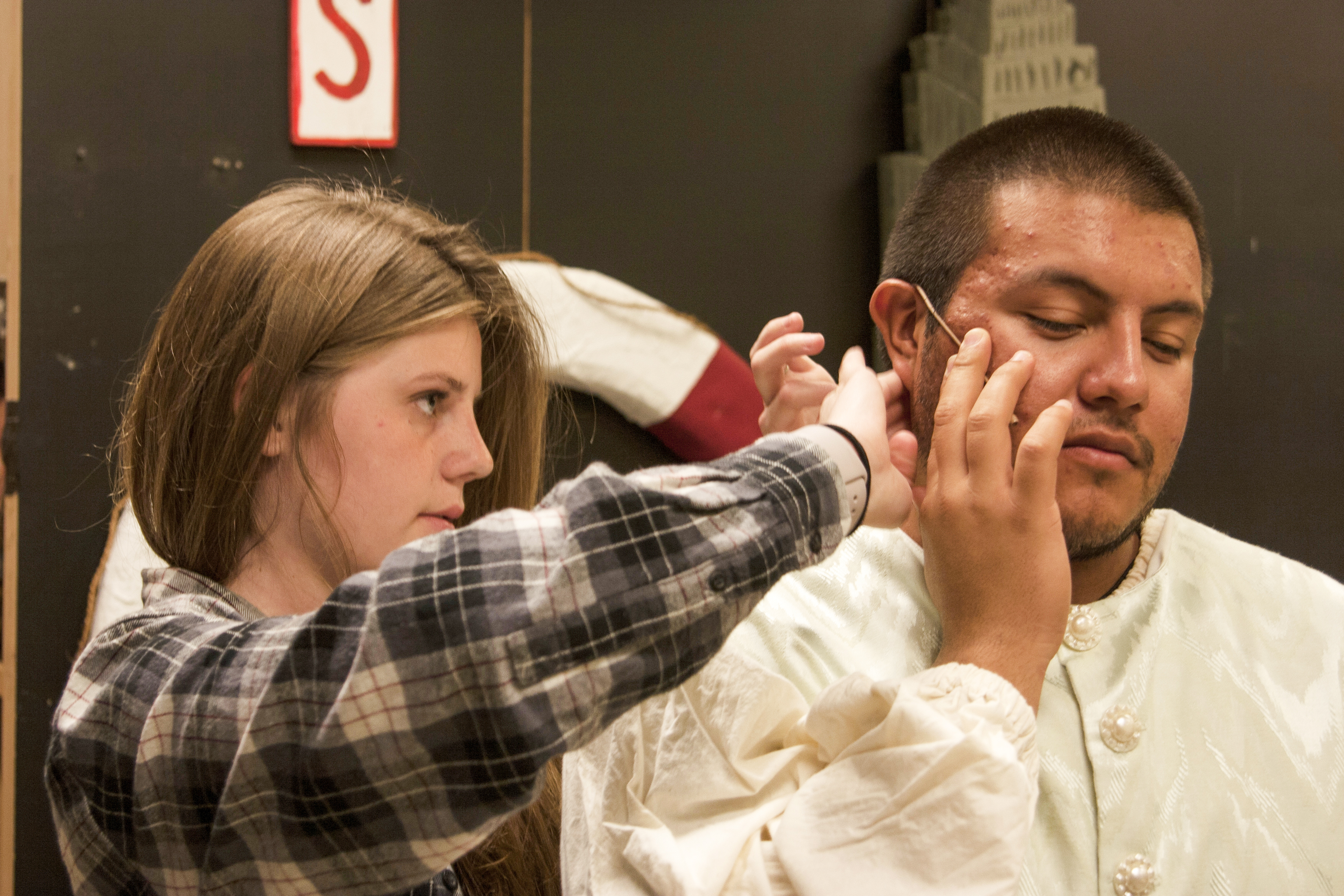 Riverside, Calif. (March 28, 2017) – As audiences enjoy “The Plain Princess” performances at California Baptist University this weekend, there will be another production happening behind the scenes.

The costume and makeup crew will give the actors the right look, the backstage crew will move scenery and props, and the lighting and sound operators will make sure the actors can be seen and heard.

This week the Theatre Arts program at CBU has hosted Theatre Tech Week. Lee Lyons, professor of theatre, said the week is dedicated to learning about all the elements and roles that are needed for the show come together.

Students get hands-on experiences such as operating a light board, a sound board, or working on costumes and makeup, Lyons said.

“When these kids graduate and leave, we want them to be playmakers,” Lyons said.

Gomez, lighting board operator for “The Plain Princess,” said he has learned to be precise in making sure the lighting cues happen at the moment the stage manager signals them.

“You really see everything that goes into a single performance,” Gomez said. “It’s not just the actors on the stage. You develop an appreciation for all of the hard work that every single part in the show has to put in.”

Alumna Kiana Miskel (’16) was contracted to be costume designer for the “Plain Princess.” Since graduating, she has worked with several theatre companies in the area as a performer and part of stage crew.

Miskel said she appreciated the hands-on experience she obtained while at CBU.

Lisa Lyons, a theatre adjunct and director of “The Plain Princess,” said the cast members are told every role is important.

“You can’t do a show without everybody else back stage or else it wouldn’t happen,” Lyons said. “You’d be standing on a blank stage. Working tech certainly gives them an appreciation of everything that happens. We reiterate that a lot, you need to appreciate your staff, your crew.”