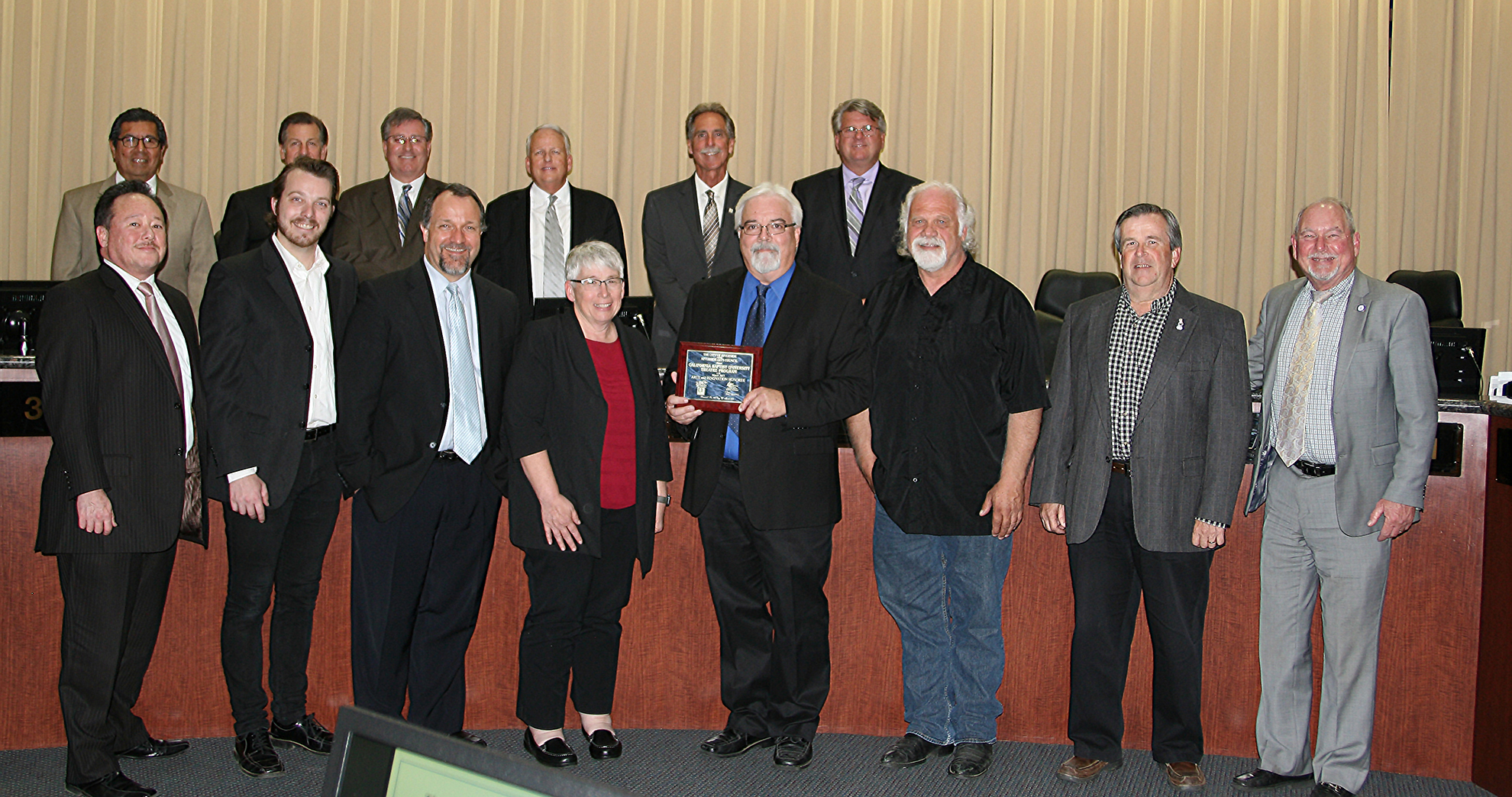 Riverside, Calif. (March 15, 2017) – The California Baptist University theatre program has received the March 2017 Arts and Innovation Honoree of the Month award from the Riverside Arts Council and the City of Riverside.

Lee Lyons, professor of theatre, accepted the award from Patrick Brien, executive director of the Riverside Arts Council, during the Riverside City Council meeting on March 14.

“California Baptist University’s theatre program has been producing work at a high level of excellence,” Brien said. “In addition to keeping their students busy with on-campus projects, the program encourages participation in the community. … CBU has been supplying local community and professional theatres with well-trained, eager and talented individuals.”

Lyons said the award is a great honor.

“We realize our students are going out into the community and are taking leadership roles in local arts programs and schools and theatre companies,” Lyons said. “That fills us with pride as we see our students finding success in the arts community.”

Lyons said local residents have shown their support by attending CBU’s theatre productions, including last year’s inaugural Courtyard Shakespeare Festival, which featured students, alumni and actors from the community who comprised the casts for “Romeo and Juliet” and “Midsummer Night’s Dream.”

This June, the festival will return with “Julius Caesar” and “Taming of the Shrew.”

“We think the Courtyard Shakespeare Festival has the potential to be the cornerstone, the drawing card of our program,” Lyons said. “Our students are funneled in through that and then we prepare them to go out into the professional world.”