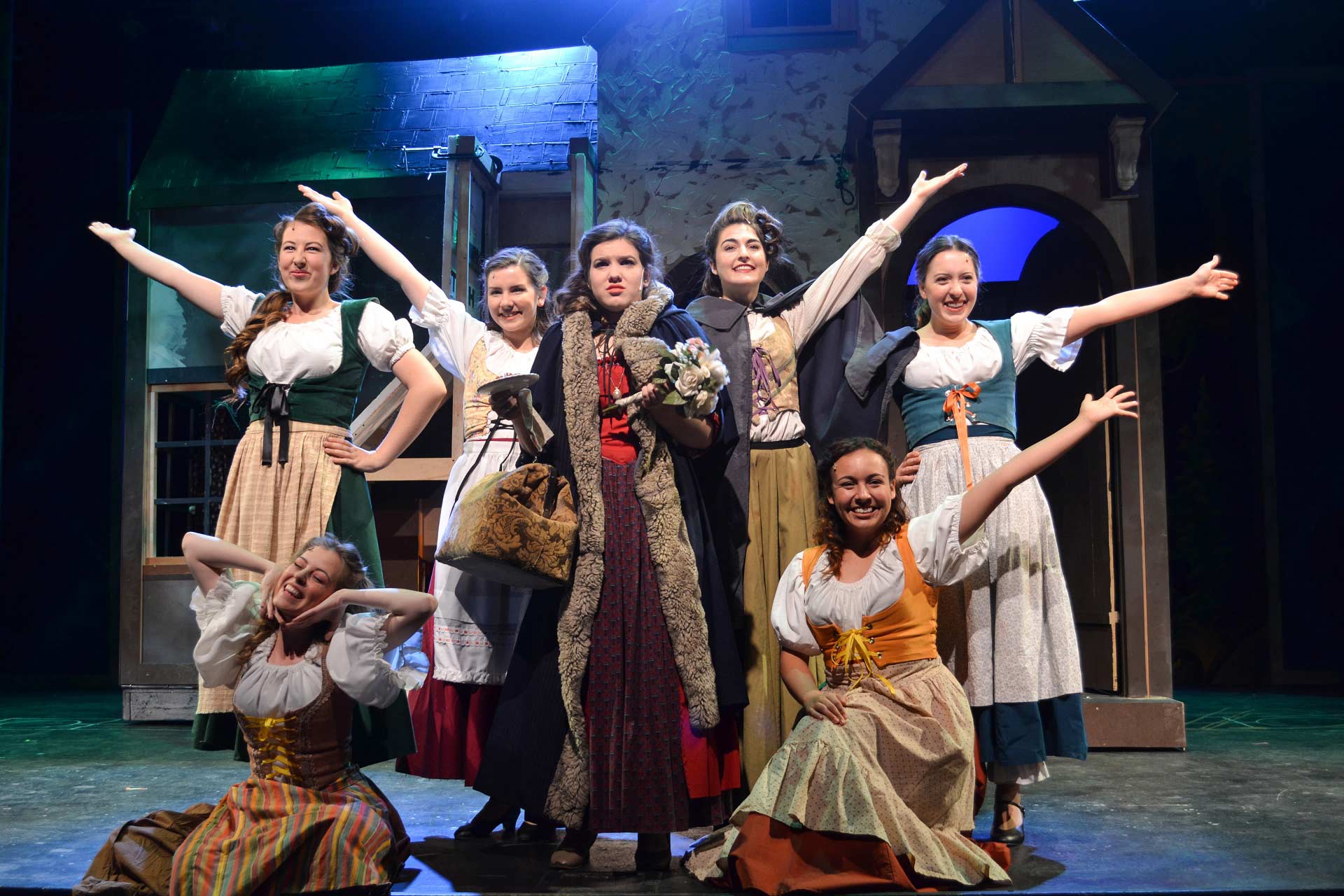 Riverside, Calif. (March 29, 2017) – The theatre program at California Baptist University is bringing a transformational story of beauty to the Wallace Theatre for its final show of the 2016-17 season with “The Plain Princess.”

The production is a fairy tale story about a princess who, having a dour expression and selfish disposition, appears quite plain to all who see her. The king and queen turn to doctors and wizards to find a way to make her beautiful, with no avail. They then offer great riches to anyone who can transform their daughter. Dame Goodwit offers to take the princess to her home, where, with the help of her five daughters, she transforms the plain princess into a royal beauty. As the princess learns about being polite and doing her chores, she becomes more beautiful.

The story is a reminder that God looks on the inside and not on the outside, said Lisa Lyons, a theatre adjunct professor at CBU and director of the play.

“It’s something you want to live by, that you don’t judge people by their outward appearance, that you look on the inside,” Lyons said. “Sometimes people are hiding a lovely inside on a not-so-lovely outside. Take the time to see the beauty on the inside.”

The production includes singing and dancing and is geared toward the whole family.

The challenge of the show is bringing a simple fairy tale to life, Lyons said.

“It’s harder than it looks,” Lyons said. “You have to tell me the story and make it exciting. …  You have to infuse it with a lot of energy and physicality.”

Sean Lewis, a senior English major and theatre minor, plays the Wizard of State, who is dejected and frustrated by his inability to cure the princess, yet he still attempts to save some of his dignity.

“The biggest challenge of my role has been balancing the numerous emotions of my character,” Lewis said. “Making sure that all of these emotions read for the audience is crucial.”

Alexis Safoyan, a sophomore double majoring in public relations and theatre, plays Dame Goodwit. She hopes children will be in the audience.

“I hope that the audience is not only entertained but that they also are able to teach their kids, or even learn themselves, about where true beauty comes from,” Safoyan said.