The Constitution is “magnificent and a noble document,” law professor says 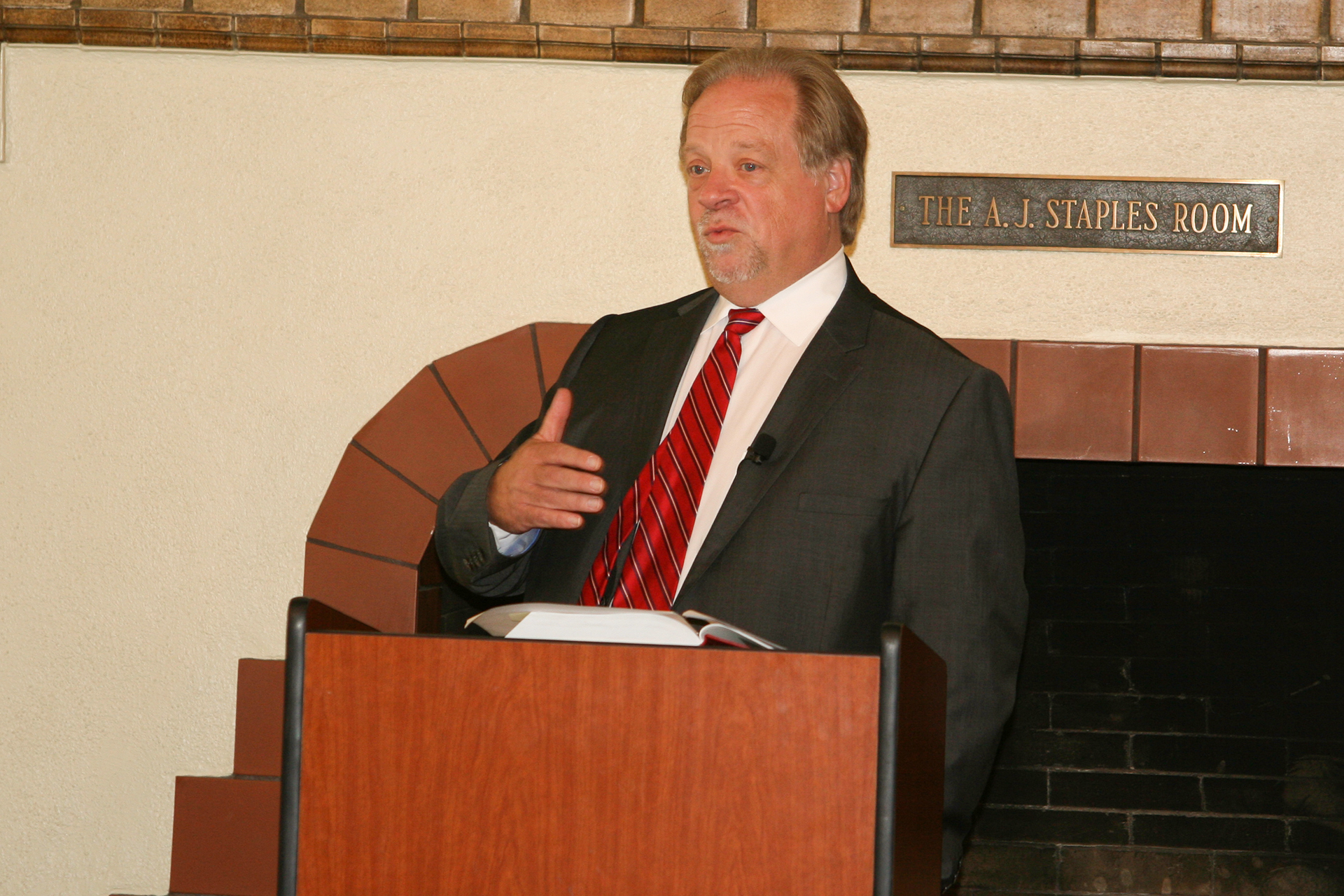 Riverside, Calif. (Sept. 29, 2016) – “I think the U.S. Constitution is one of the greatest works of human thought in world history,” Myron Steeves, a law professor, told an audience at a Constitution Day event held at California Baptist University on Sept. 28.

Steeves is a graduate of Georgetown University Law Center, teaches at Trinity Law School and has practiced law in the nonprofit area, particularly advising churches. Constitution Day marks the signing of the U.S. Constitution on Sept. 17, 1787.

Steeves lectured on the history of the Constitution, its limits and the challenges it has faced since it was signed 229 years ago.

It has elements not seen by any other government prior to its creation, Steeves said. Those elements include centering on the individual, limiting government and privileging localism.

However, the document was not perfect, Steeves said. Some were minor flaws, some significant, such as when the creators decided to make slaves count as 3/5th a person when determining a state’s population to for legislation representation. That section was later changed by the 14th Amendment, adopted in 1868.

The challenges of this historic document include the evolution of a nation’s priorities, the definition of words and development of technology not foreseen, Steeves said.

Despite its flaws, it is still a great document, he said.

“It is a great, magnificent and a noble document that has served well the purpose of giving us a great deal of freedom and liberty,” Steeves said. “While the document isn’t perfect, it’s done a magnificent job of giving us more liberty over a longer period of time than other country in history has experienced.”