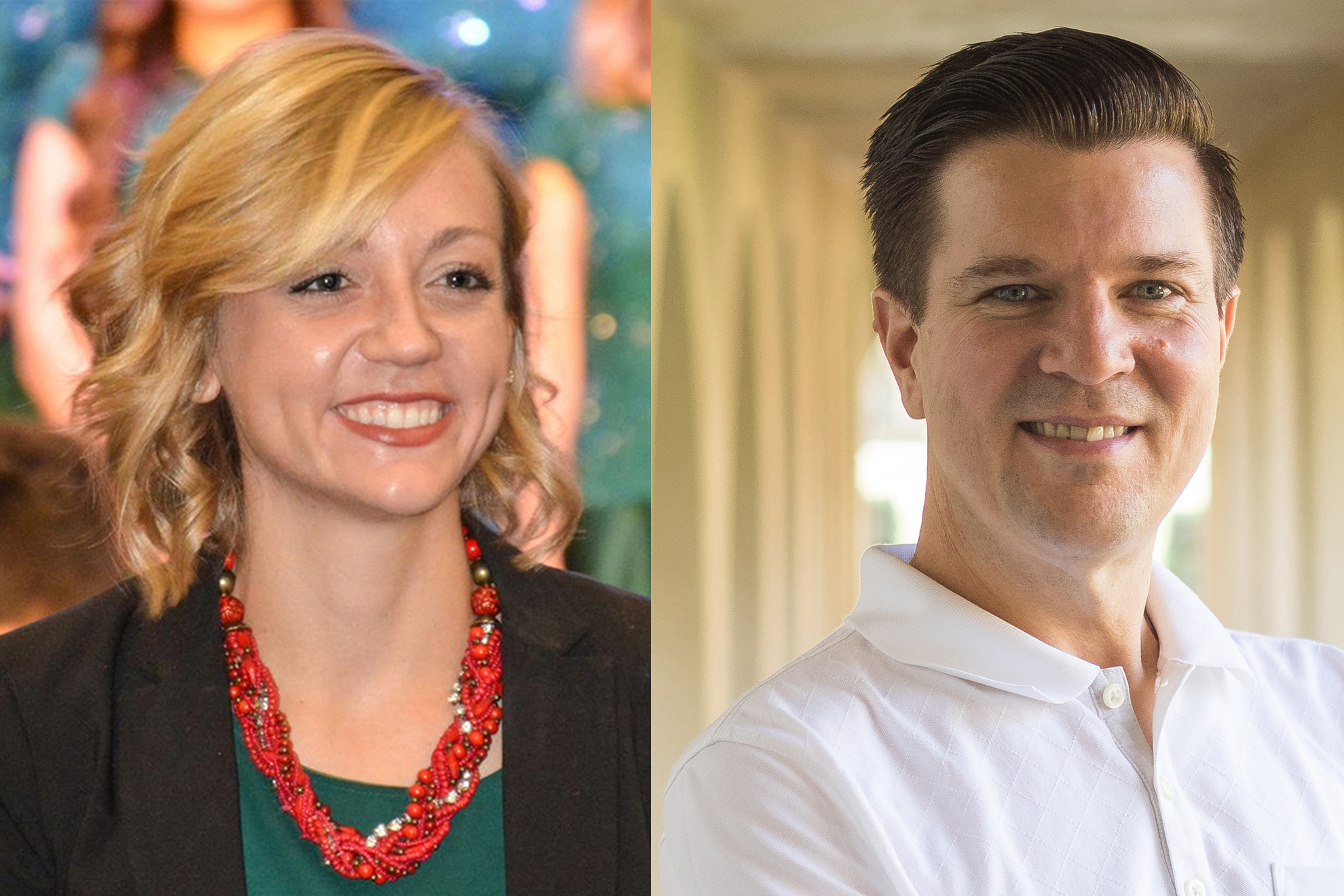 Riverside, Calif. (April 27, 2017) – Students at California Baptist University recently honored Kathleen Kopitzke, visiting professor of music, as the 2016-2017 Faculty Member of the Year and Brett Vowell, director of chapel, as Staff Member of the Year.

Kopitzke has taught at CBU for two years, teaching classes such as Music Theory and Musicianship Lab. She also conducts the Choral Union, New Song Women’s Choir, and is the advisor for small vocal groups. Kopitzke received her bachelor’s in music in 2013 and her master’s in 2015 from CBU.

“I am absolutely blown away and so very honored that the students have chosen me,” Kopitzke said. “I have been blessed to teach so many exceptional students these past two years, and it’s nice to know they like me as much as I like them!”

Kopitzke said her goal as she interacts with the students is to establish a relationship and a sense of trust.

Vowell coordinates all chapel programming and is the administrator for students’ chapel attendance. For many years Vowell, who came to CBU in 2003, also served as a public address announcer for CBU Athletics.

“CBU is an exciting place to be, and I feel like our students are on the cutting edge of culture,” Vowell said. “Students help keep a pulse in the ministry I have here, so to be recognized by the population of Lancers in this way is special and motivating.”

Vowell said he values the opportunities the staff has at CBU to serve the campus and community all the while keeping Christ at the forefront.

“The collegiate years can be such a formative season in one’s life, and I seek to be an encourager and supporter of students as they deal with challenging questions and tackle new experiences,” Vowell said.

The voting process, conducted by the Associated Students of California Baptist University (ASCBU) organization, was a two-tiered process. First, students nominated individuals for both recognitions. Next, the top eight names in both categories were placed on a ballot giving students the opportunity to vote for their top selection in each category.