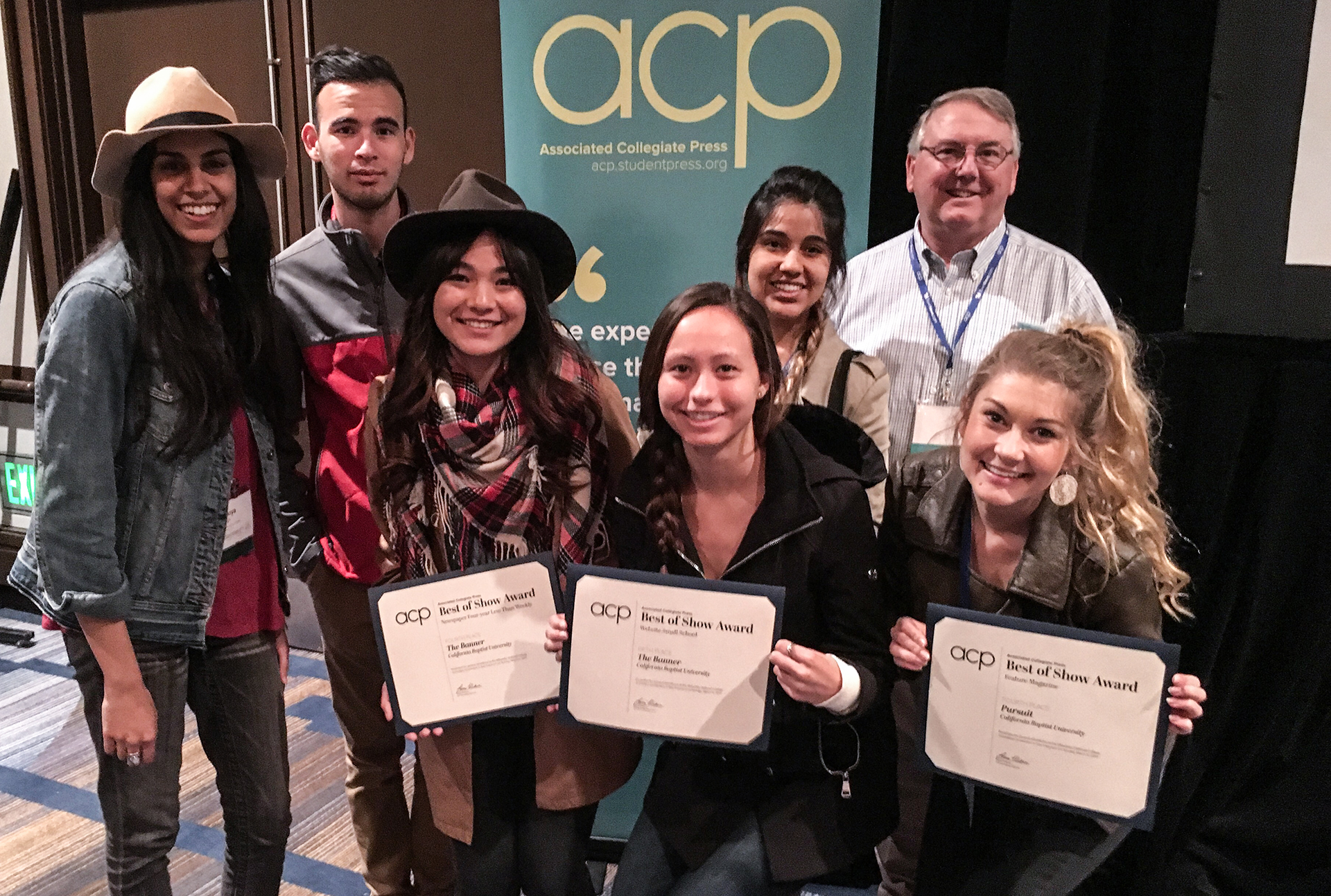 In the competition for the CCMA awards, 37 public and private colleges and universities throughout California submitted 1,138 entries.

In San Francisco last month, the Associated Collegiate Press awarded fourth-place in “Best of Show” to both Pursuit magazine and The Banner, as well as fifth-place to The Banner website in the same category.

In the College Media Association Apple Awards competition, in New York City in March, Pursuit Magazine received third-place in Best Magazine Design, displaying what the judges called, “immense strength in the photography and design skills of the staff.”

“CBU earned the Apple Award alongside Pepperdine and Baylor as the only Christian universities in the nation to be honored with one of these prestigious awards,” said Dr. Michael Chute, professor of journalism and director of the program.

Furthermore, two CBU students—Iona Brannon and Megan Ballard—tied for first-place in the “Photo Shoot-Out” competition at the Southwestern Photojournalism Conference in Fort Worth, Texas in March.

“We are proud of the students’ efforts, using their God-given skills and abilities to provide outstanding campus publications for our university,” Chute said.