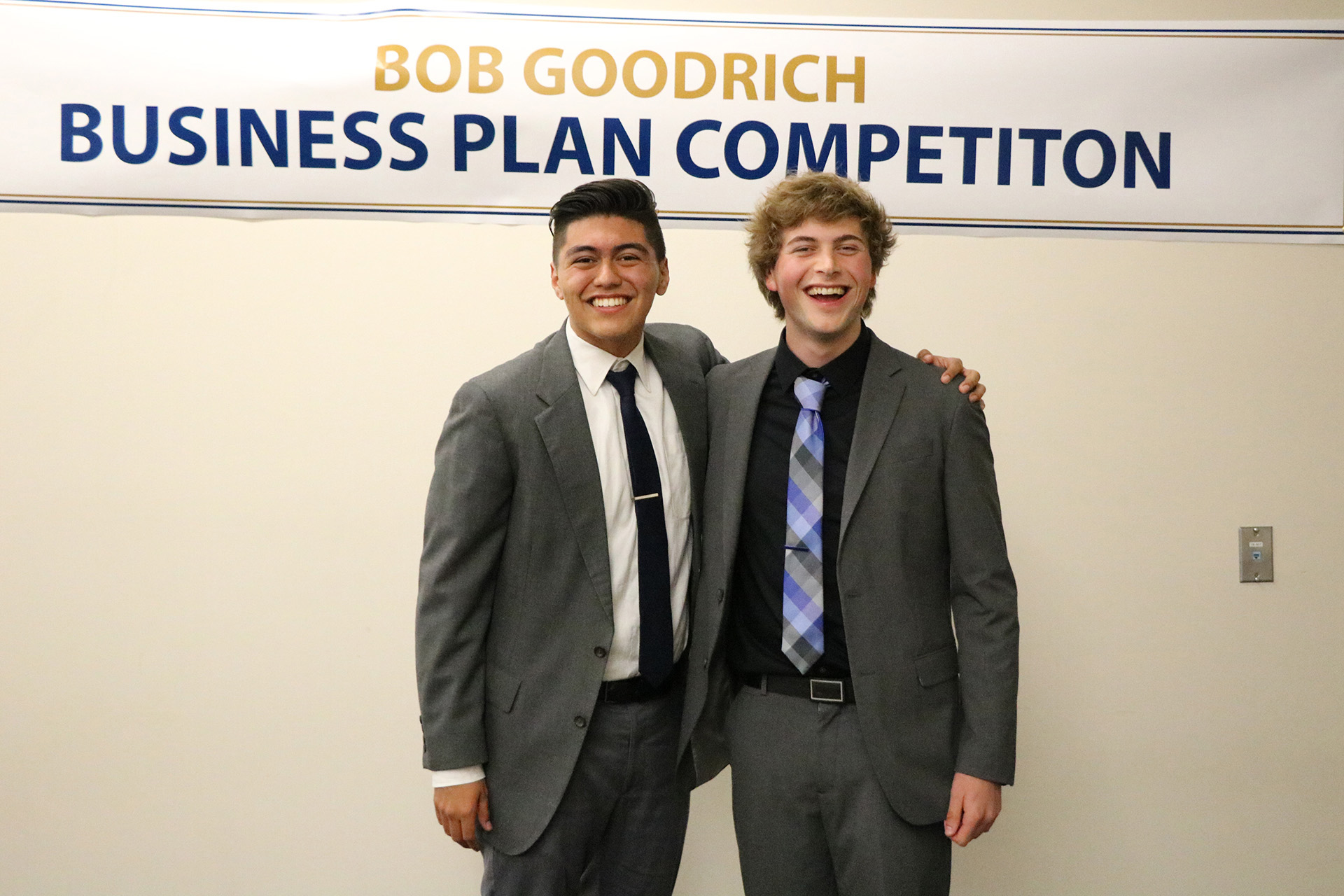 Team “Stove Stoppers” which consisted of Matthew Ressler and James Morales, both business administration freshmen at CBU, claimed the first prize and $5,000 for the competition sponsored by the Dr. Robert K. Jabs School of Business. The team presented a business plan to create a device that could theoretically turn off a gas stove through a timer.

Ressler said he came up with the idea after hearing of numerous instances where the stove was left on.

Ressler and Morales both said they conducted a lot of research in preparing their business plan for the competition.

“We learned the ins and outs of how it works to create a startup,” Morales said. “You think you have an idea and then it takes off. But there’s so much that goes behind it.”

Twenty-one teams submitted business plans earlier in the semester. Students came up with their own ideas but where required to have a faculty advisor guide them through the business plan preparation.

The submitted plans were then critiqued in areas such as market opportunity, financial understanding and investment potential. The initial 21 entrees were then narrowed down to six teams. The finalists were invited to participate at the Bob Goodrich Business Plan Competition where each team made a 5-minute presentation to a panel of judges and answered a variety of business related questions. Funds for the competition prizes came from an anonymous donor.

“I think it’s really good to go through the process of being able to outline the business and to get feedback,” Glanz said. “I feel like where I learned the most early on is from the difficult questions.”

The competition, which was open to all CBU students, was intended to simulate the real-world process of entrepreneurship, said Natalie Winter, associate dean for the School of Business.

“The purpose of the competition is to give students across campus the opportunity to collaborate on a potential business idea, to team with a faculty advisor to develop a plan to launch that business, and then to compete with other teams to win money that can be used to help launch the business,” Winter said.