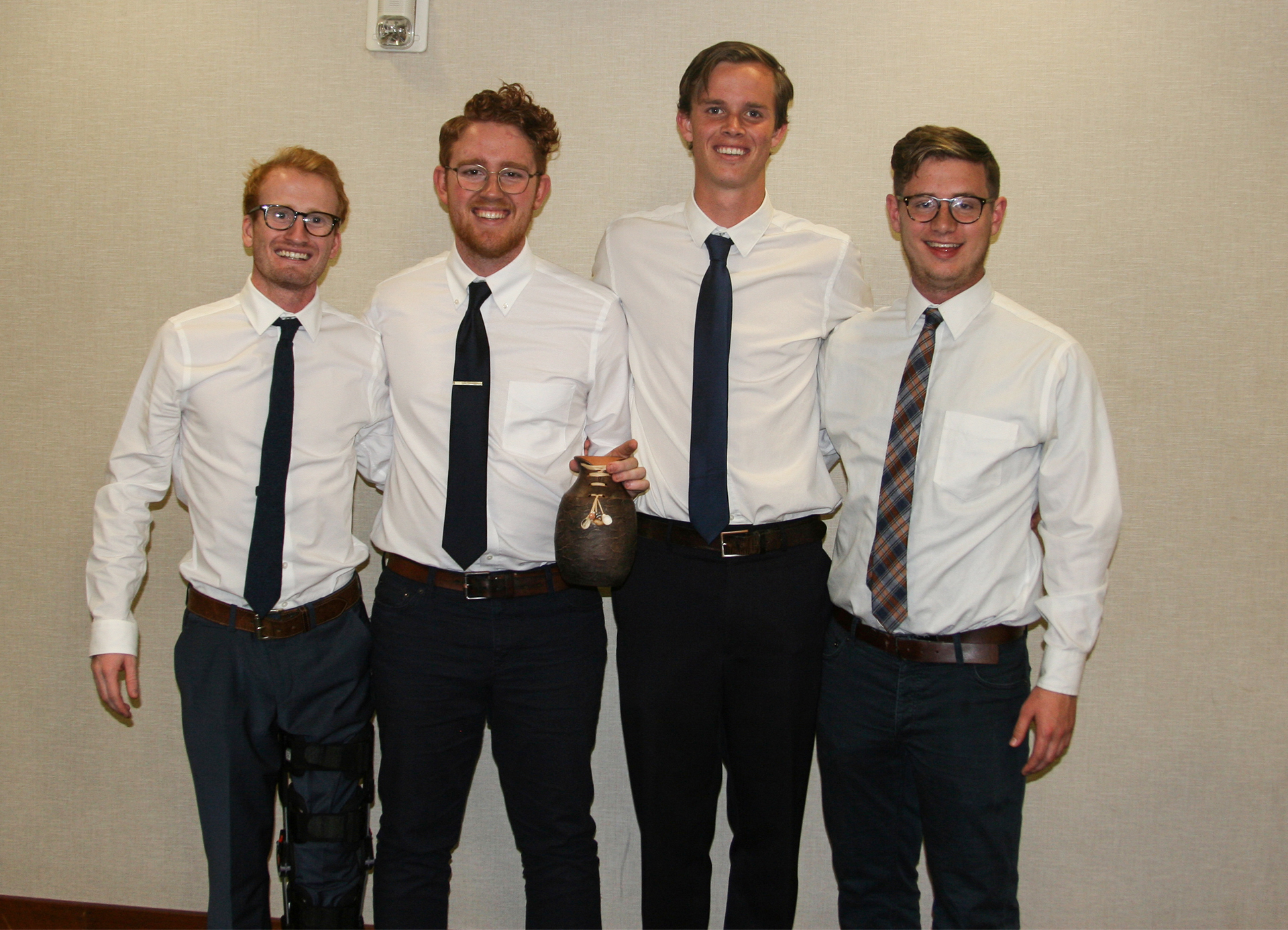 Team Deaf Made claimed the first prize and $4,000 on April 19 for the competition that was sponsored by the Dr. Robert K. Jabs School of Business. Deaf Made is a proposed company that would partner with international deaf artisans to sell their products in the U.S.

“I learned this is what I actually want to do with my life,” Randolph said. “I think [working to give] people the opportunity to raise themselves out of poverty is some of the most fulfilling work you can do.”

The competition began earlier in the semester when a dozen teams submitted business plans and were judged in areas such as market opportunity, financial understanding and investment potential. From those 12 teams, four finalists were selected. Each of the final four teams made a 5-minute presentation to a panel of judges. The teams also responded to questions about patents, wages, tariffs and start-up costs.

The remaining finalists included team RHEO, which proposed to create a bottle drink cap that is filled with concentrating liquid flavorings. RHEO won second place and $3,000. Team Rush, a proposed campus service that delivers beverages and snacks to students and faculty, won third and $2,000 in cash; and team MakeScents, which proposed a fashionable rubber band bracelet that contains a dispenser than can extract essential oils, took fourth place and $1,000.

Walker said he was impressed with the presentations and the details that went into the plans.

“Trying to get a tough, complex concept across in a 5-minute presentation is not easy, and each team did a magnificent job,” Walker said.

The competition, which was open to all CBU students, was intended to simulate the real-world process of entrepreneurship, said Natalie Winter, associate professor marketing.

“It gives [students] an opportunity to think about how to bring an idea to life, to learn the entrepreneurial process, to get practice pitching in front of potential investors and for them to think through the logistics,” Winter said.