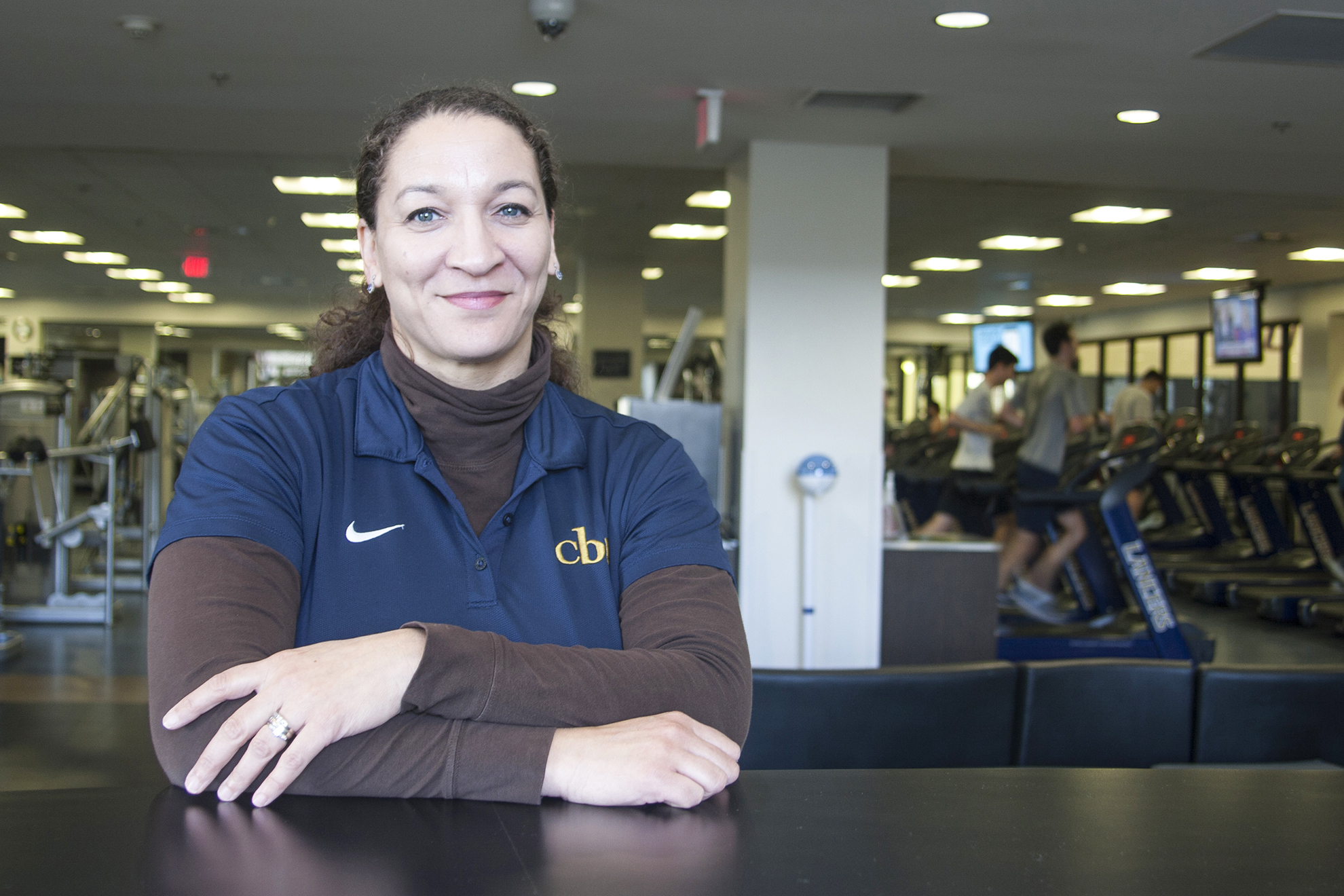 Riverside, Calif. (Jan. 23, 2018) – Stefani Plummer, director of the California Baptist University Recreation Center, acknowledges the New Year brings more people to her place of work. She welcomes these new fitness seekers with a word of advice.

“We believe in results, not resolutions. To get to those results, we have to set appropriate goals,” Plummer said. “We try to educate people on what a real fitness goal would look like based on what they want.”

Plummer believes in setting goals. When her mother cautioned her about gaining weight as a college freshman at the University of California, San Diego, Plummer was determined not to let that happen to her. Her goal was to keep active. She took an exercise class at the college’s rec center and after a time, she ended up assisting the teacher and then eventually teaching the class.

Plummer was then hired to teach exercise classes seven days a week. In her junior year, she was asked to present at a National Intramural-Recreational Sports Association conference.

“I saw thousands of people who do this for a living and enjoy it, and I thought that’s what I want to do,” Plummer said.

Plummer, who earned a psychology degree in her undergraduate studies, switched career goals before graduate school. She earned a master’s in recreation management from Arizona State University and spent 15 years as assistant director of its rec center.

In October 2012 Plummer was hired at CBU to run the Recreation Center, which opened a few months later.

“It’s really a dream job because it allowed me to put years of creativity on display,” Plummer said. “Being at a faith-based institution, we’re able to bring Christ into the foundation of everything we do, from our mission statement to our policies to our programs.”

Plummer acknowledges that the Rec Center staff has to combat a narrow view of fitness, which often focuses on fast results or gimmicks.

“Our message to people is that fitness is about being healthy for you,” Plummer said. “We’re all different shapes and sizes and abilities, and there isn’t a one-stop shop for everybody. We train our staff to meet people where they’re at.”

The Rec Center is open to students as well as staff and faculty and their spouses. Resources for fitness seekers include a fitness assessment and several free personal training sessions. Additionally, the Rec Center hosts an array of weekly group classes such as cycling, boxing and high-intensity interval training. There are also short-term programs that focus on Olympic lifting and training for Spartan races. And for those who cannot get to the Rec Center, workouts from personal trainers and workout videos are available online.

“We’re given an opportunity to use our gifts and talents, whatever they are, in life, but if we ourselves are not healthy and fit, we’re not as effective for the God’s Kingdom,” Plummer said.