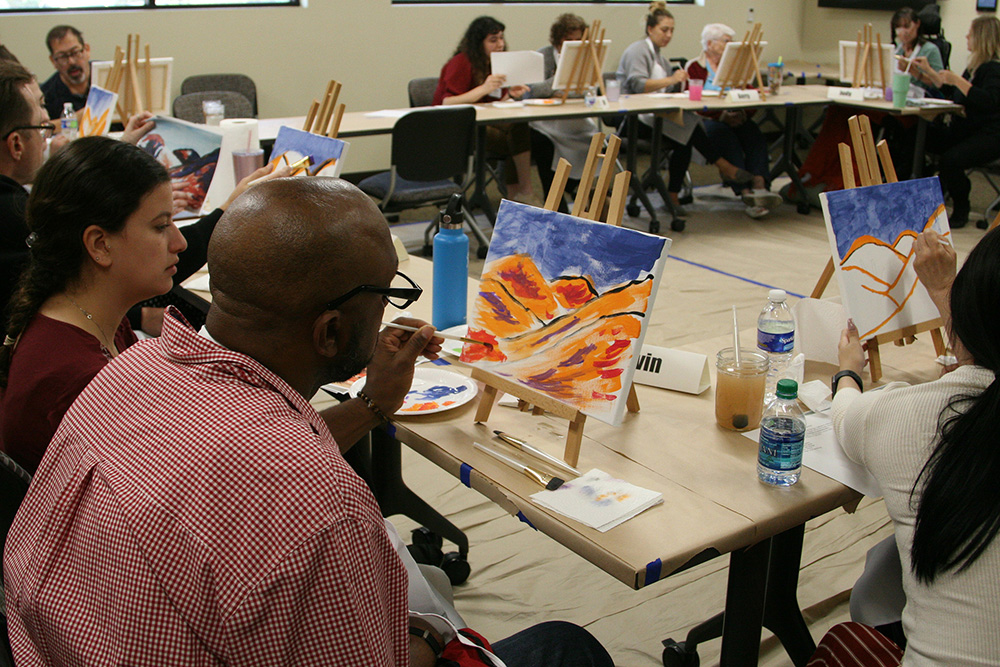 The activity was part of an exercise for a Communication Recovery Group Camp hosted by the Clinical Education Center at CBU. The recover group is tailored for individuals who have suffered either a stroke or a serious brain injury. Graduate students from the Master of Science in Speech-Language Pathology provide individual and group therapy during the camp.

Most of the clients suffer from aphasia—an acquired loss of language skills due to stroke or brain injury, said Dr. Candace Vickers, program director of communication disorders. The therapy they receive helps them learn how to communicate again, Vickers added.

“We understand that people in a wheelchair need to go up a ramp instead of jumping a curb. For people with aphasia, they need a similar ramp, a communication ramp,” Vickers said. “That ramp is provided when the student allows the patient a way to respond, whether it’s repeating a word or pointing to a word.”

The CBU camp is free, with six sessions held over four weeks.

“The clients benefit from conversation support techniques to help them engage in a small-group conversation with other people who have the same challenges. That in itself is powerful because you realize you’re not the only one and you’re not alone,” Vickers said.

Graduate students in speech-language pathology are required to earn 400 clinical hours. This camp also helps them in their training.

The students learn how to assess, prescribe and carry out therapy, Vickers said. They also learn how to connect with their patient.

“It’s really important that they learn about the person beyond their medical problem. That becomes [conversation] fodder for the group,” Vickers said.

Madison Dreyer, a graduate student who has worked with children before, said she is learning different approaches working with adults.

“With kids you’re teaching language, with adults you’re restoring language,” Dreyer said. “With the adult population, you get to have meaningful conversation with them. They totally know what’s going on. It’s nice to interact with them.”