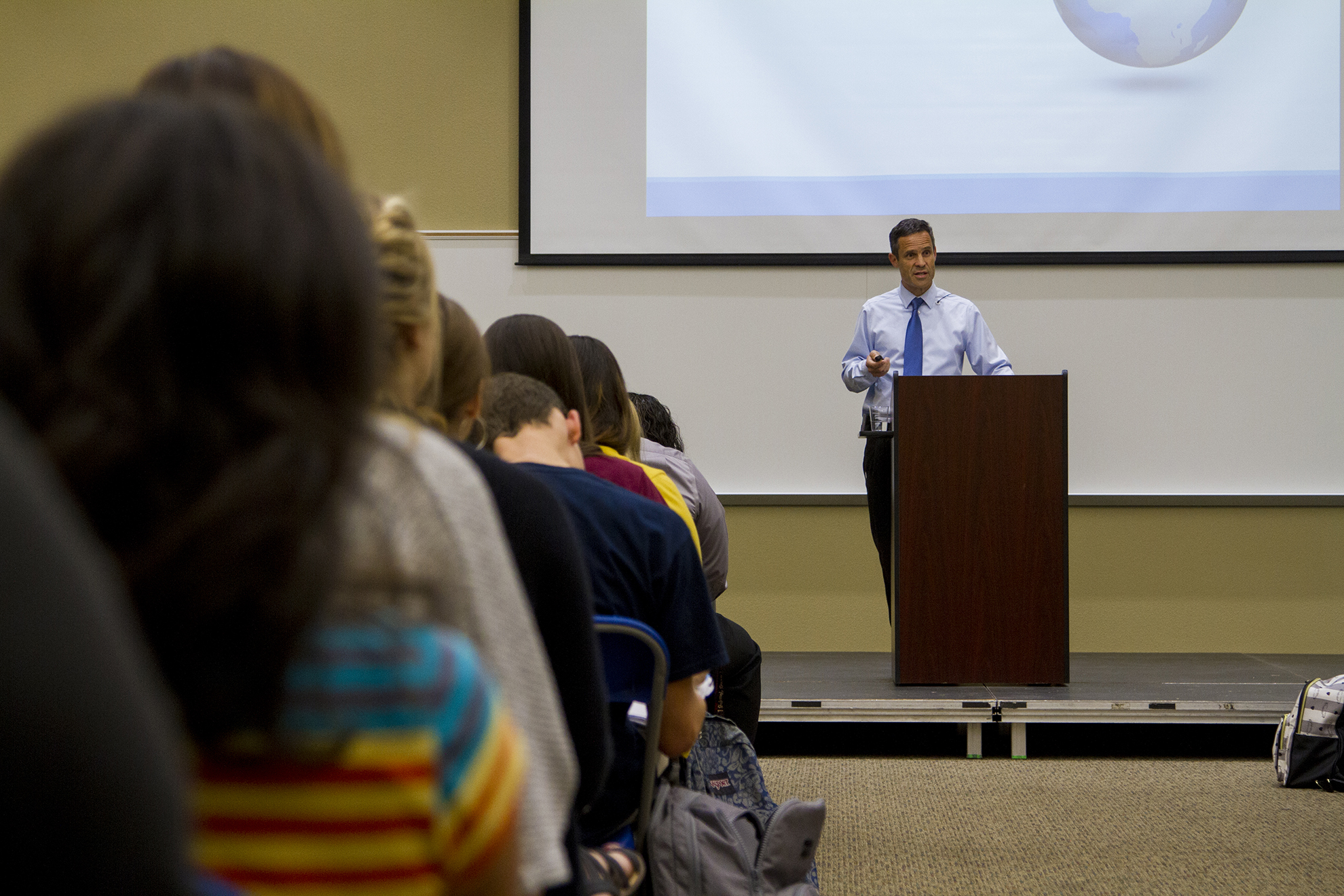 Riverside, Calif. (Oct. 17, 2017) — Service to others is one of the most unique and powerful experiences a person can have in life, Dr. Scott Nelson, an orthopedic surgeon at Loma Linda University Health, told a California Baptist University audience on Oct. 16.

The College of Health Science at CBU hosted Nelson as part of its Distinguished Lecture Series.

After graduating from medical school, Nelson accepted a position to work as a doctor at the Cure International Orthopedic Hospital in Santo Domingo, Dominican Republic.

While there, Nelson lived through one of the island’s deadliest earthquakes that struck in 2010. His work with the victims in the following months earned him the Humanitarian of the Year award from the American Academy of Orthopedic Surgeons in 2014.

“Because of troubles and issues today, it is all the more reason to go out and serve the world,” Nelson said.

Nelson said the process of helping others is divine.

“While I’m helping others, the presence of God is palpable,” Nelson said. “When I look at the smiles of the children that I have helped, it is worth more than what anyone could pay me.”