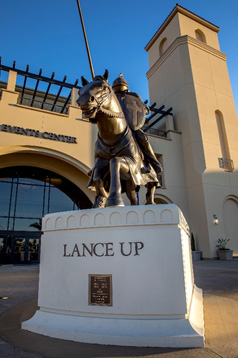 Riverside, Calif. (July 3, 2019) – Lancer athletics enjoyed great success on the playing field and in the classroom in its first season in NCAA Division I.

A total of 132 Lancers earned Western Athletic Conference (WAC) All-Academic recognition in 2018-19. To be eligible for Academic All-WAC Honors, a student-athlete must have completed at least one academic year at CBU, have at least a 3.2 cumulative grade-point average and have participated in at least 50 percent of the team's contests.

"The Lancers put the STUDENT in student-athlete," said Dr. Micah Parker, director of Athletics. "Not only did our teams have a terrific year in our first year of D-I, they managed their new schedules and set a record for department GPA."