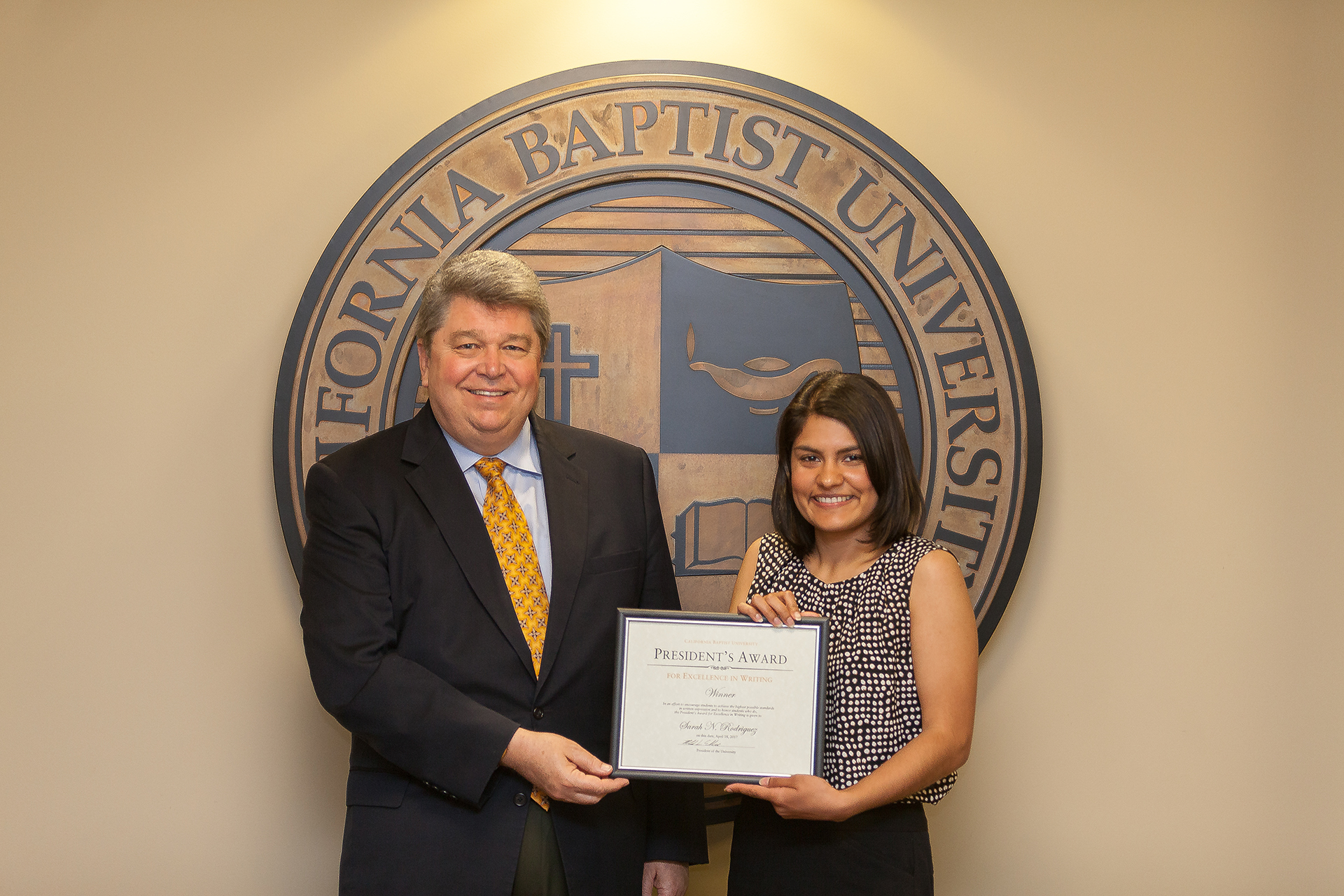 Riverside, Calif. (April 24, 2017) – Sarah N. Rodriguez, a junior English major at California Baptist University, is the winner of the 2017 President’s Award for Excellence in Writing. Dr. Ronald L. Ellis, CBU president, presented the award at a luncheon on April 19.

Rodriguez’s paper, “Flannery O’Connor, Alice Walker, and the Influence of the Christ-Haunted South,” compares several short stories by two female writers featured in the title of her essay.

“By exploring the two writers’ ethnic backgrounds and religious beliefs, Ms. Rodriquez calls attention to the differences as well as similarities in the ways Walker and O’Connor portray characters and depict violence within a complex social environment,” the selection committee wrote of the paper.

Rodriguez received a certificate and a check for $500.

Katie E. Venzke, a graduate student in education, was awarded first runner-up for her paper, “Philosophy of Ministry.” Venzke’s essay looks at how the church responds to Christ’s mandate to serve an entire community. Venzke’s critique challenged the church to go beyond meeting the material and religious needs of the disabled and be creative in finding ways for them to participate more in the leadership and service of the church. Venzke received a certificate and a check for $300.

Maigen Turner, a music senior, was awarded first runner-up for her paper, “A Task Fit Only for Ladies: Music and the Early Nineteenth-Century English Gentlewoman.” The essay explores the practical function music served for English women of the 19th century. Turner was awarded a certificate and a check for $200.