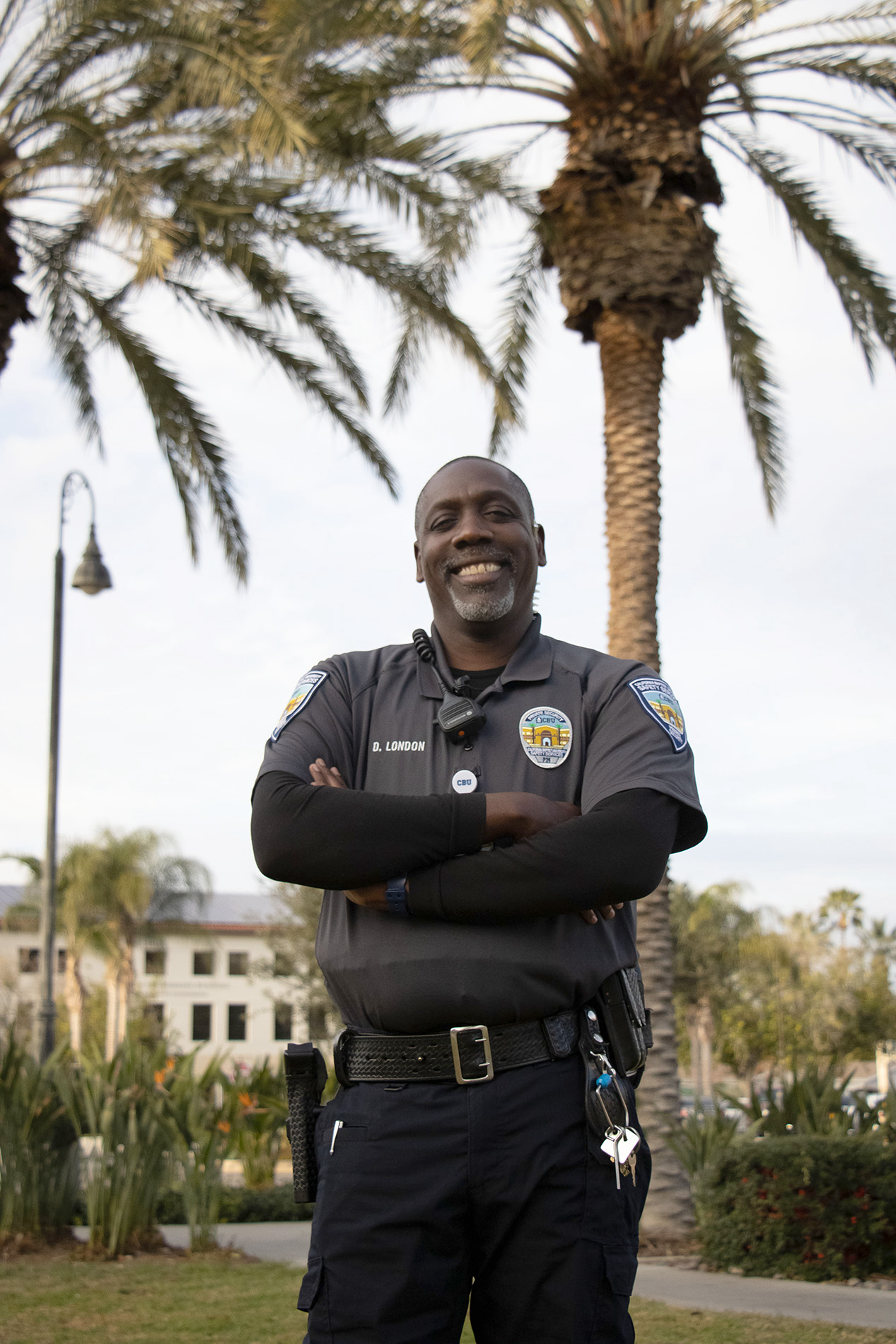 During the first few months of his position, Freese saw the need for a greater spiritual impact within the department. Meanwhile, officer Devon London approached the department leadership team requesting to serve as chaplain. Freese accepted his offer and together they created the role to provide spiritual guidance and encouragement to the officers as they protect and serve the CBU community.

London (’19) has worked as a safety services officer at CBU for the past seven years. He also brings over five years of experience as a pastor at Cornerstone Christian Family Fellowship in Big Bear, California, and a heart for serving the Lord and others.

“Here we have an opportunity to help those that are struggling and who are looking to grow closer to the Lord,” London said. “It’s hard sometimes for people in this line of work to make that happen.”

London has made a tremendous impact on the Safety Services team by volunteering to serve as chaplain, Freese said.

“Devon provides weekly devotionals for each patrol shift, serving as a regular reminder to our officers and dispatchers that their work is a calling and ministry to the CBU community while helping to encourage and grow everyone’s faith,” Freese said.

London said that this role helps him to live out his purpose here at CBU.

“My hope is that as the word of God is being shared on a weekly basis, we do exactly what the word says to do,” London said. “That we don’t be hearers only but doers, and we hear what God instructs us to do, and that the officers, including myself, would go out and let the word take root in our hearts.”

Robert Griffin, safety services officer, said having a chaplain in the department helps him maintain perspective.

“Oftentimes throughout our day, we (officers) deal with situations that can be negative in nature. It is refreshing for me to attend the devotion and return to work with a renewed attitude and purpose,” Griffin said.

London additionally provides weekly devotionals for the Safety Services leadership team, helping them to reflect Christ in their efforts to be servant leaders, Freese said.

“I am grateful for Devon’s service,” Freese said.