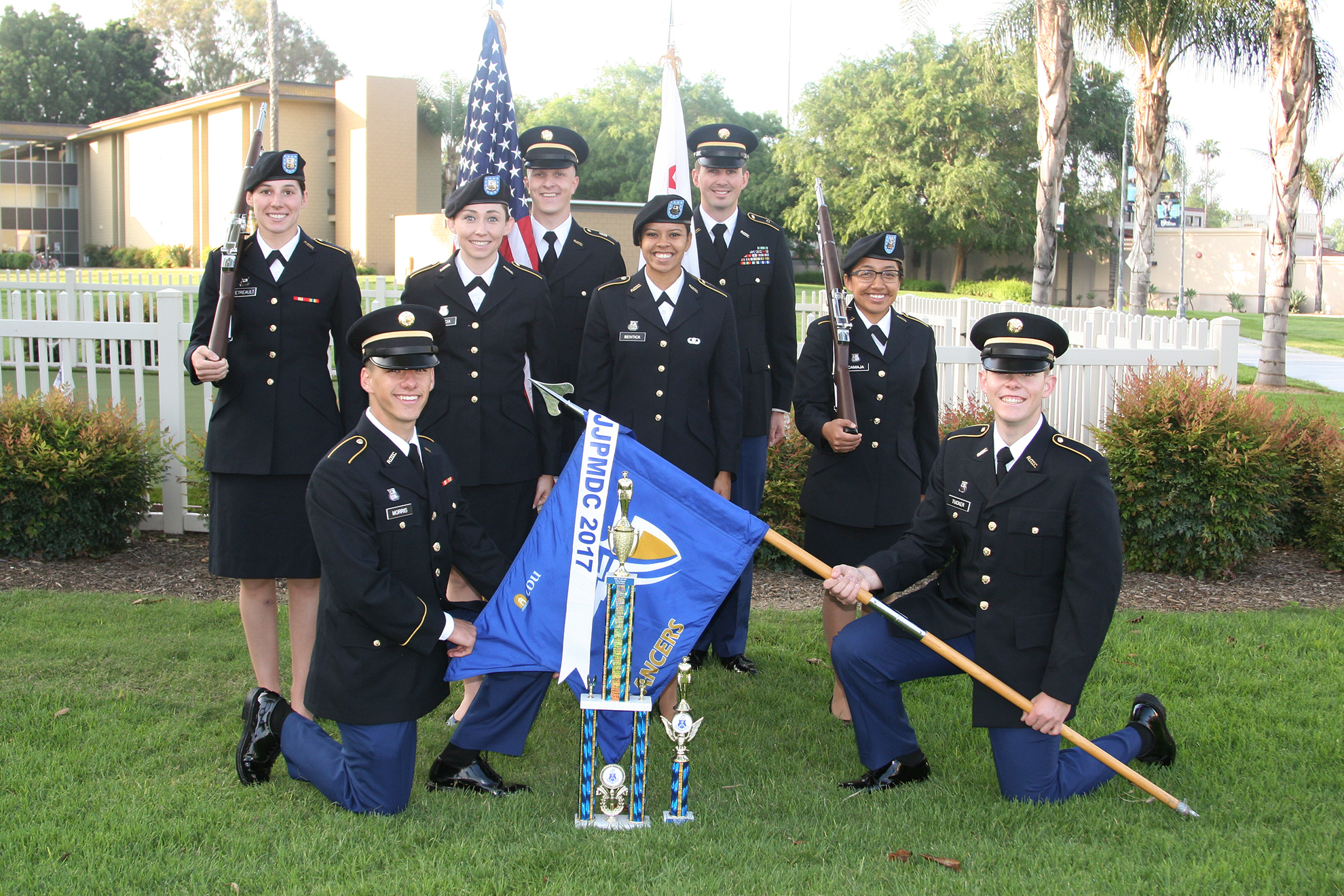 The competition, held in March, pitted 42 programs against each other in several categories, including squad regulation drill, platoon exhibition drill, individual drill and color guard.

Tetreault said the event was a learning and rewarding experience.

“Knowing that they had already won first place put a lot of pressure on [me], but it was good pressure,” Tetreault said. “In the end, it made us practice harder and go there with determination.”

Two of the women cadets are graduating in the spring, so the event took on a greater meaning for the team, Bentick said.

“Even though we wanted first place, at the end of the day, it’s not completely about winning first place,” Bentick said. “Whether we win or lose, whether we mess up or do great, this is our last experience together so let’s make it count.”

“It all comes down to precision. These [cadets] don’t accept anything less than perfection,” Winkle said.

Tucker said it was a challenge learning all the commands in order for the team’s seven-minute routine.

“You don’t necessarily have time to react once the commands are called, you have to know what the next movement is,” Tucker said.

This is the fourth consecutive year CBU teams have returned from the competition with awards. In 2015, the men’s team also placed third in the color guard event and 2014, the men’s team took first place in the same category.

“We have developed a name for ourselves,” Winkle said.

Pershing Rifles is an ROTC related national organization that was started by Lt. John J. Pershing in 1894 when he was the professor of military science at the University of Nebraska.