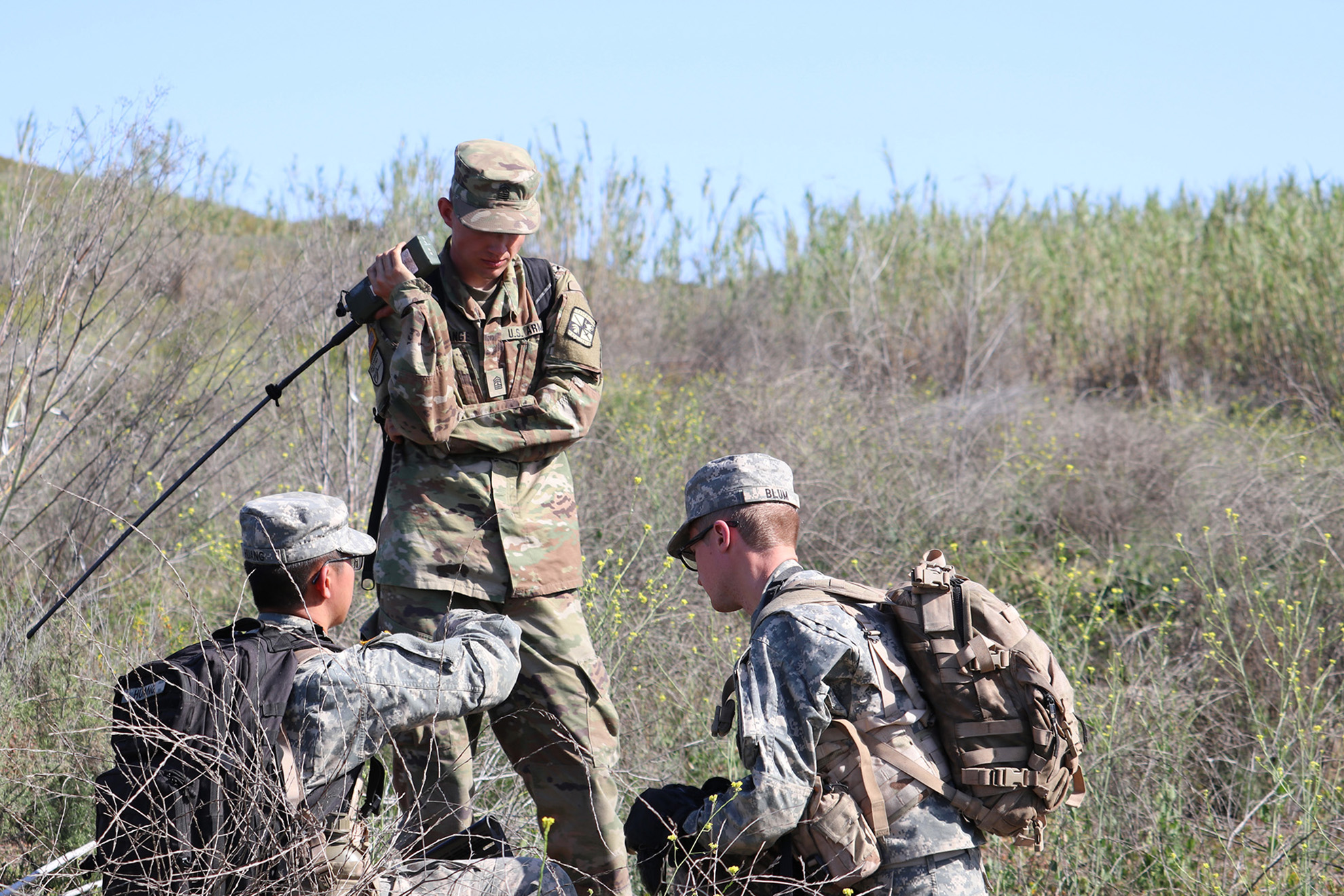 Riverside, Calif. (April 24, 2018) – Cadets in the Army ROTC at California Baptist University participated in intensive training exercises held at Camp Pendleton on April 12-15. The training included tactical scenarios such as an ambush, reconnaissance and a squad or platoon attack.

More than 25 CBU cadets joined in the exercise that brought together a culmination of instruction the students received over the year. ROTC at CBU is part of a six-college intercollegiate-group. A total of 140 cadets took part in the training exercise at Camp Pendleton. Senior cadets coordinated the event under the guidance of their ROTC officers.

“The exercise is designed to test their adaptability, critical thinking as well as technical knowledge of infantry operations,” Dabrowski said.

Laura Buffa, a biomedical sciences sophomore at CBU, said she benefited from the format of training.

“I learned how to be a better soldier and how to learn from different leadership styles,” Buffa said.

Sheraya Bentick, a Christian ministries senior and a cadet battalion commander at CBU, said she is developing a sharp eye for tactical maneuvers.

“I had to have a bird’s-eye view of everything that’s happening on the ground,” Bentick said of her role during the training exercises. “It’s a lot of critical thinking because our [instructor] is always asking us questions, always developing us, always making sure we’re constantly thinking of what’s next.”

Bentick will be commissioned into the Army next month to begin her basic officer training.

“I feel like the program and our [ROTC officers] have thoroughly prepared me. I’m ready to go,” Bentick said.