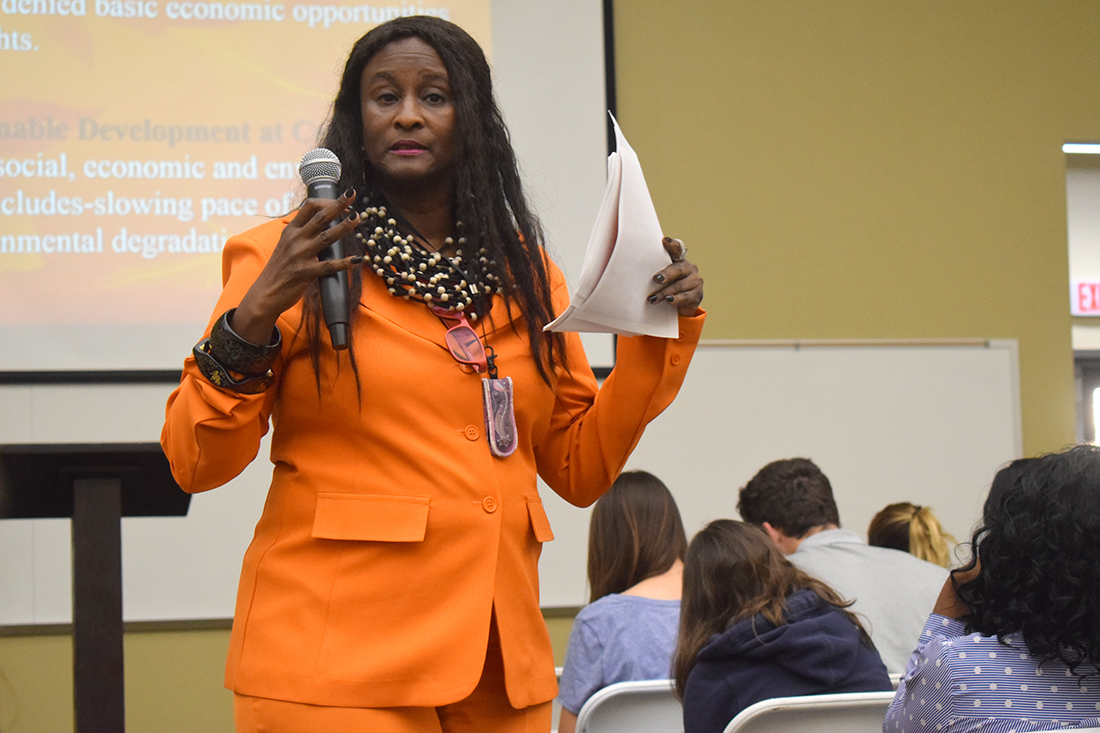 Sanders is a Woodrow Wilson Visiting Scholar and also the CEO of FEEEDS Advocacy Initiative, a nonprofit organization that works on economic development, information communication technologies and Africa business strategies.

Sanders said that the international community has experienced progress in issues such as access to electricity, HIV prevention and maternal mortality.

“While there have been a lot of improvement on major issues, there is more work to be done,” Sanders said.

There are some issues that are not improving or even getting worse, she noted.

Sanders said there are millions more people facing starvation in the past three years. In addition, malaria continues to be on the rise throughout the world.

“I urge you to put down phones and look around at the world, start helping on local levels. But also listen to what’s going on, the world needs your help,” Sanders said.

Julia Morris, a nutrition and food science major, said the lecture opened her eyes to the struggles globally.

“Things we think are easy to solve in America are still very big problems around the world,” Morris said. “Being able to see it this way and in this context makes you think about ‘what could I do about the problems going on?’

“I think I need to be more globally aware. I was originally planning to come here [to CBU] and do my nutrition studies and maybe open my own clinic somewhere. But now after this lecture I’m thinking about the amount of people who need help on this large scale and I need to do my part.”