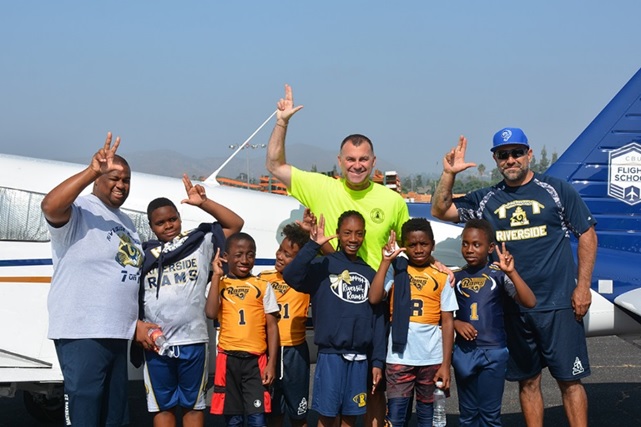 Riverside, Calif. (June 10, 2019) – Some 100 Riverside residents took the opportunity to visit the Department of Aviation Science at California Baptist University to learn about the recent onsite improvements.

Mayor Rusty Bailey’s Connect with the Mayor Walk program encourages residents to participate in a brief walk, organized by the mayor’s office, through various communities in Riverside. On June 8, the mayor led residents around the perimeter of the Riverside Municipal Airport. At the conclusion of the walk, individuals had the opportunity to tour the facilities within the Department of Aviation Science at CBU.

Bailey, a former helicopter pilot for the Unites States Army, took a spin in CBU’s latest flight simulator. The simulator had a program flight plan over the skies of Riverside.

Dr. John Marselus, chair of the aviation science program at CBU, said the simulator has a 6-foot high screen that allows the pilot to see 210 degrees. The switches are exactly like a plane, and the simulator matches the aerodynamic feel so as a student goes faster, the simulator changes its feel, he added.

“What you learn in the sim is the same as if you’re in the air. But it’s in a controlled environment,” Marselus said. “The simulator brings an incredible dimension that enhances your safety and reduces risk. It will bring the students through more effectively and efficiently. We can introduce everything that the students are going to do in the air on the ground first.” 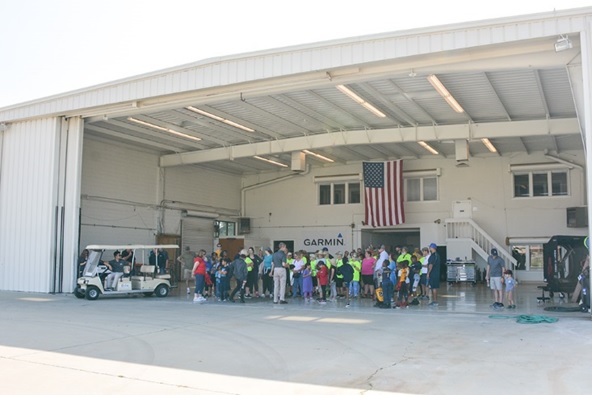 Residents also had the opportunity to tour one of CBU’s hangars and several aircraft that were parked nearby. In December 2017, CBU purchased 12 new aircraft—eight Piper Archers, two Piper Arrows and two Piper Seminoles—to replace most of the older fleet.

Marselus told the crowd that CBU has the newest aircraft of any aviation science department in the country. 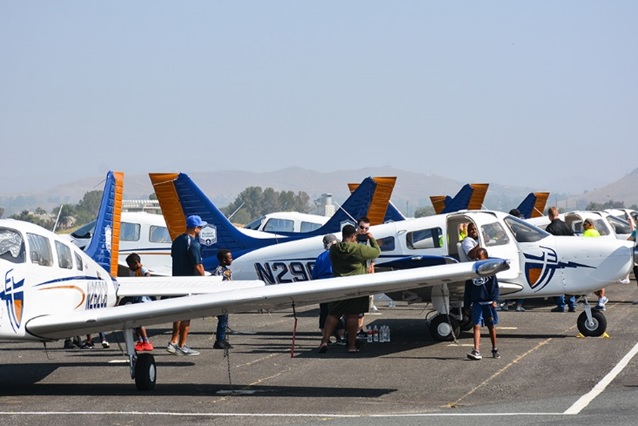