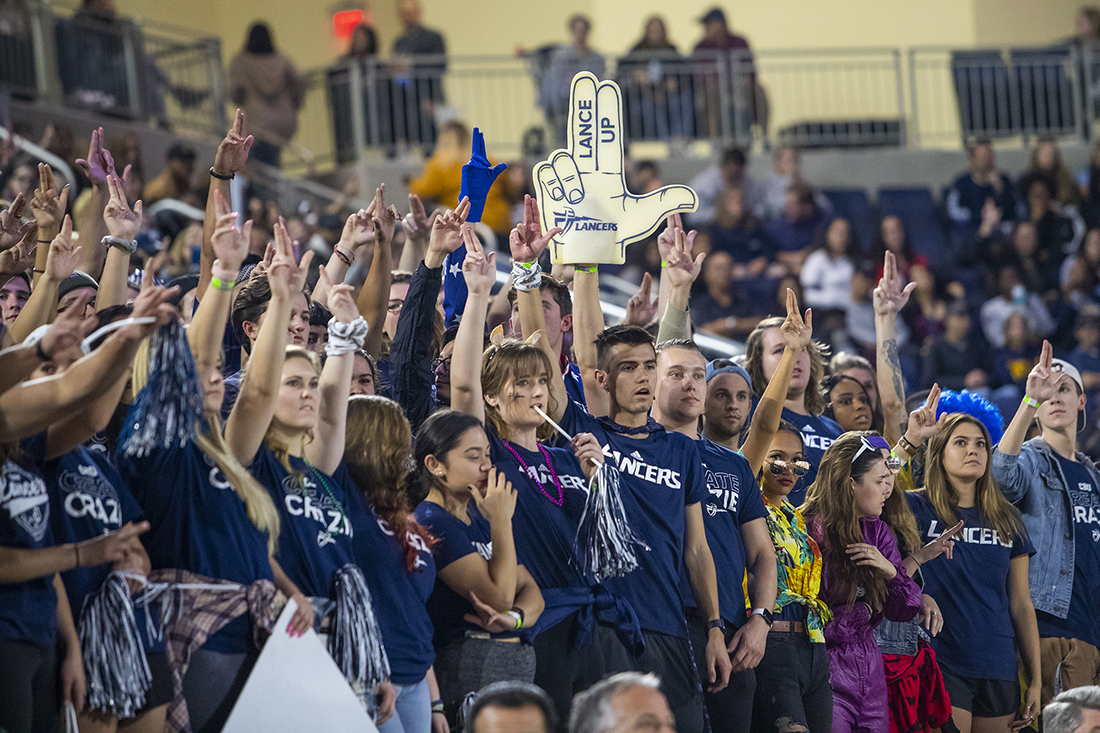 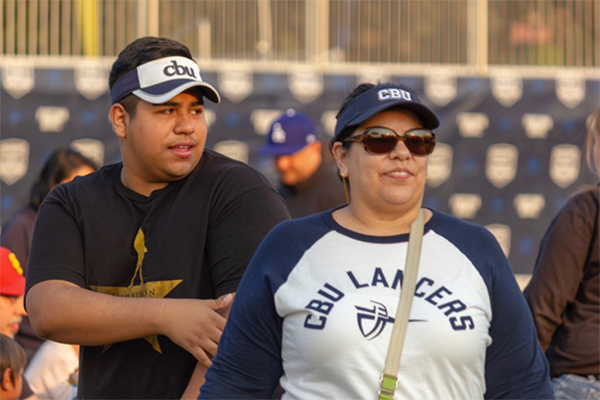 Joshua Moss, director of alumni and parent relations, said the weekend event is designed to provide activities and opportunities for families to connect with their students.

“We want them to make some incredible memories together,” Moss said.

On Nov. 9, parents had the opportunity to tour academic colleges and schools at CBU to meet deans and faculty members. During the evening, parents and students attended a pregame party and then watched the men’s basketball season opener against San Diego Christian College. 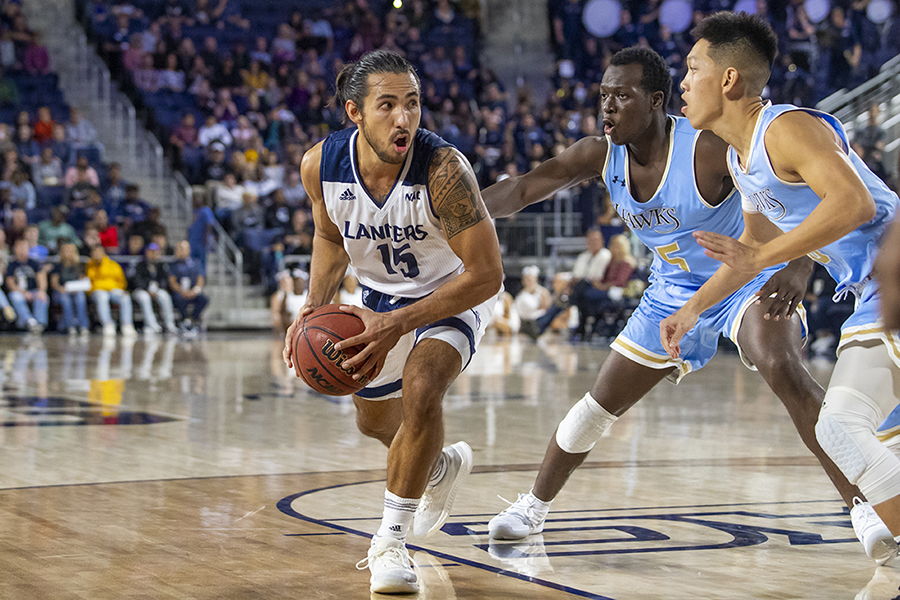 A record 5,089 attendees showed up to witness the Lancers’ 87-71 victory in the team’s first contest as a member of NCAA Division I.

"The turnout. The support. We don't take it for granted,” said Rick Croy, men’s basketball head coach. “I've been coaching in California for 20 years. This isn't happening everywhere. This is special. Not only to have 5,000, but to have 5,000 into it the entire game.”

The following day, the Parent and Family Weekend featured a book release event that included presentations by authors Dr. Vince Moses and Cate Whitmore on their research concerning architect Henry L.A. Jekel, who designed the James Complex at CBU. There also was a time for parents to pray for the CBU community. In the afternoon, thousands of people attended the Block Party on the Front Lawn with games and activities for the whole family in addition to a unique art display created by CBU art students. Shoronda Gilmore, mother of a freshman-nursing student, enjoyed that the event allowed her to spend time with her family in a friendly atmosphere.

“This was a good way to bring our family together and find out more about what life at CBU looks like,” Gilmore said.

Pha Parick was glad she got to spend time with her son on campus on Saturday.

“Coming to this weekend’s event was a way for me to show I support him,” Parick said. “I also thought attending the parent’s prayer group was important for me to participate in.” The annual Fortuna Bowl intramural flag football championship was held on Saturday evening and the event drew an estimated 6,000 spectators to both games. Team Canadian Bowlers beat Bus Drivers 13-6 in the women’s championship game, and team Goon Squad wrapped up a perfect season, shutting out team Jack 30-0 in the men’s championship.

“It was just a great season. I got to connect with so many brothers, so many friends and so many followers of Christ,” said George Peterson Jr., a member of Goon Squad. “We just glorify God when we play. We get to come together and play a sport that we all love.”

The night also featured a fireworks show after the final game.