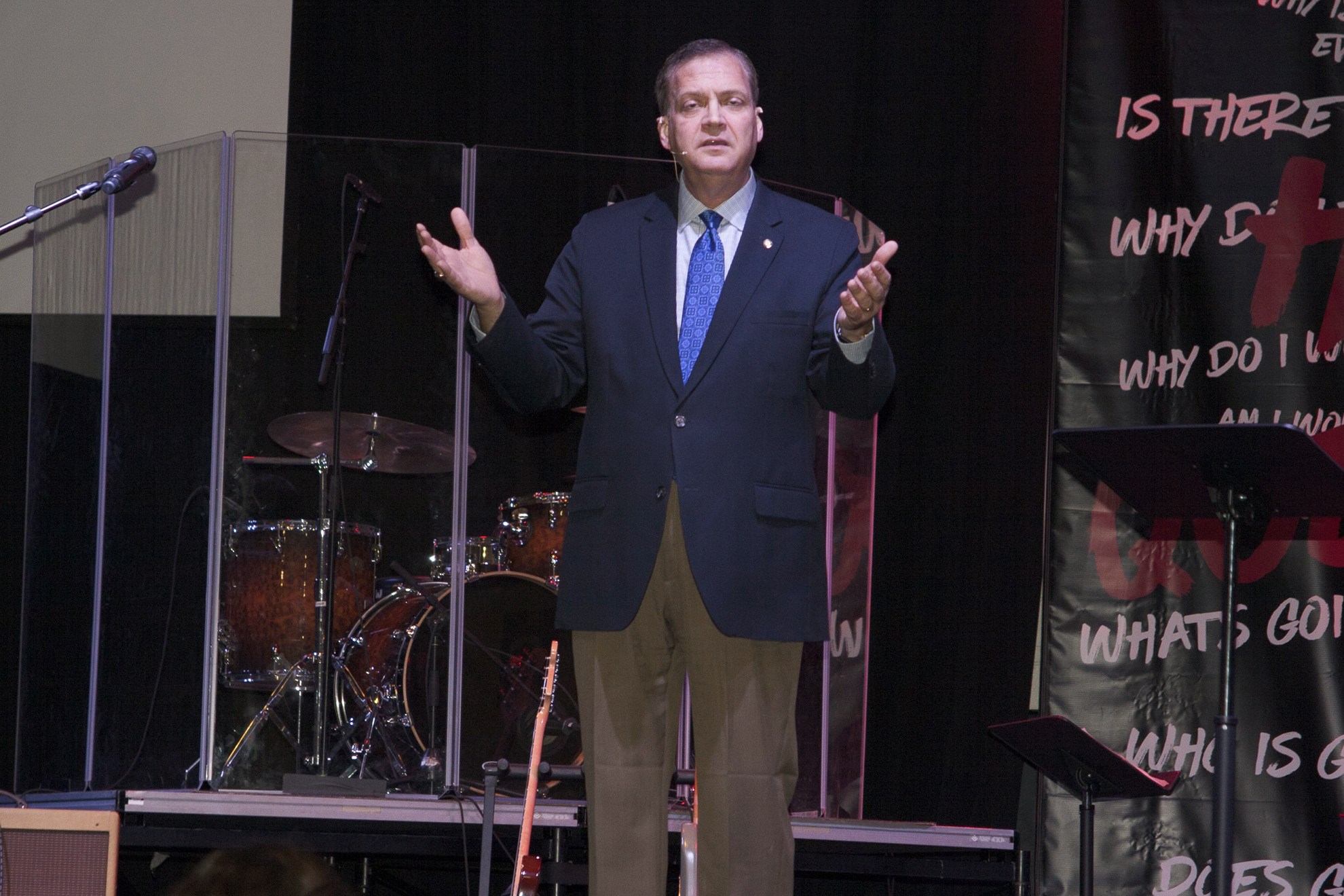 Riverside, Calif. (Feb. 27, 2017) – The Bible is God’s revelation of who He is and what He requires of us, Dr. R. Albert Mohler Jr told a California Baptist University chapel audience on Feb. 27.

Mohler, president of The Southern Baptist Theological Seminary, said that even though God has revealed Himself, people would rather live by their own rules than recognize the Bible as the authority for how they should live.

Mohler acknowledged that before submitting to the authority of the Bible, one must ask whether God exists and whether God speaks.

“It’s not just the universe outside of us that cries out the existence of God, it’s the universe inside of us,” Mohler said. “If we really do know in our hearts, in our minds that God exists, then we have to recognize the most important question in the world … what does that God then expect of us?”

If God does exist, but He does not speak, then people are doomed, Mohler said. However, He does reveal Himself. The Bible, Mohler said, is the Creator’s “user manual.”

The Bible tells people who God is, who they are and how they can be rescued from sin, Mohler said.