CBU honors distinguished professor, scholar and employee of the year

Riverside, Calif. (May 16, 2019)—California Baptist University honored two outstanding faculty members and the 2019 employee of the year on May 2 during the annual faculty and staff awards banquet. 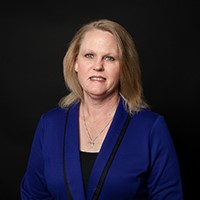 Dr. Nicole MacDonald, professor of athletic training, was named the Distinguished Professor, given to a faculty member who has established an impressive record of service to CBU.

MacDonald is also the chair of the allied health professions department and the founding director of the Master of Science in Athletic Training program at CBU.

Dr. David Pearson, dean of the College of Health Science, said MacDonald has influenced the kinesiology curriculum in a positive direction.

“Dr. MacDonald managed to craft what would become the premier athletic training education program in the region and arguably one of the very best in the nation,” Pearson said. “As the founding and lone director, Nicole has directly orchestrated the MSAT program at CBU as it has become the model for curriculum, clinical experiences, inter-professional education and practical scholarship that many other higher education institutions have replicated.” 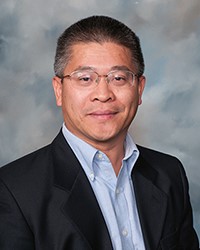 Dr. Jinxiang Xi, associate professor of bioengineering in the Gordon and Jill Bourns College of Engineering, was named Distinguished Scholar of the Year. Xi was honored for a research proposal titled “Deciphering Exhaled Aerosol Fingerprints, Open a New Door to Lung Diagnosis and Treatment.” The study will focus on how to detect early signs of lung diseases through studying the pathology of airways found in lungs. Xi has 16 years of research experience in cardiovascular respiratory systems.

Xi said that there is geometry in a way airflow travels in a person’s lungs.

“Each airway has a signature aerosol fingerprint which resembles an actual human fingerprint,” Xi said. “This proposed study is a perfect example of the coexistence of simplicity and delicacy of God’s creation.”

“This project typifies the kind of scholarly research that this award is intended to recognize,” said Dr. Ronald L. Ellis, CBU president. 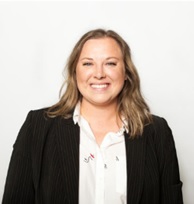 Ellis noted that Anderson had trained and prepared six admissions counselors during a span of a month who all went on to be successful in their recruitment efforts.