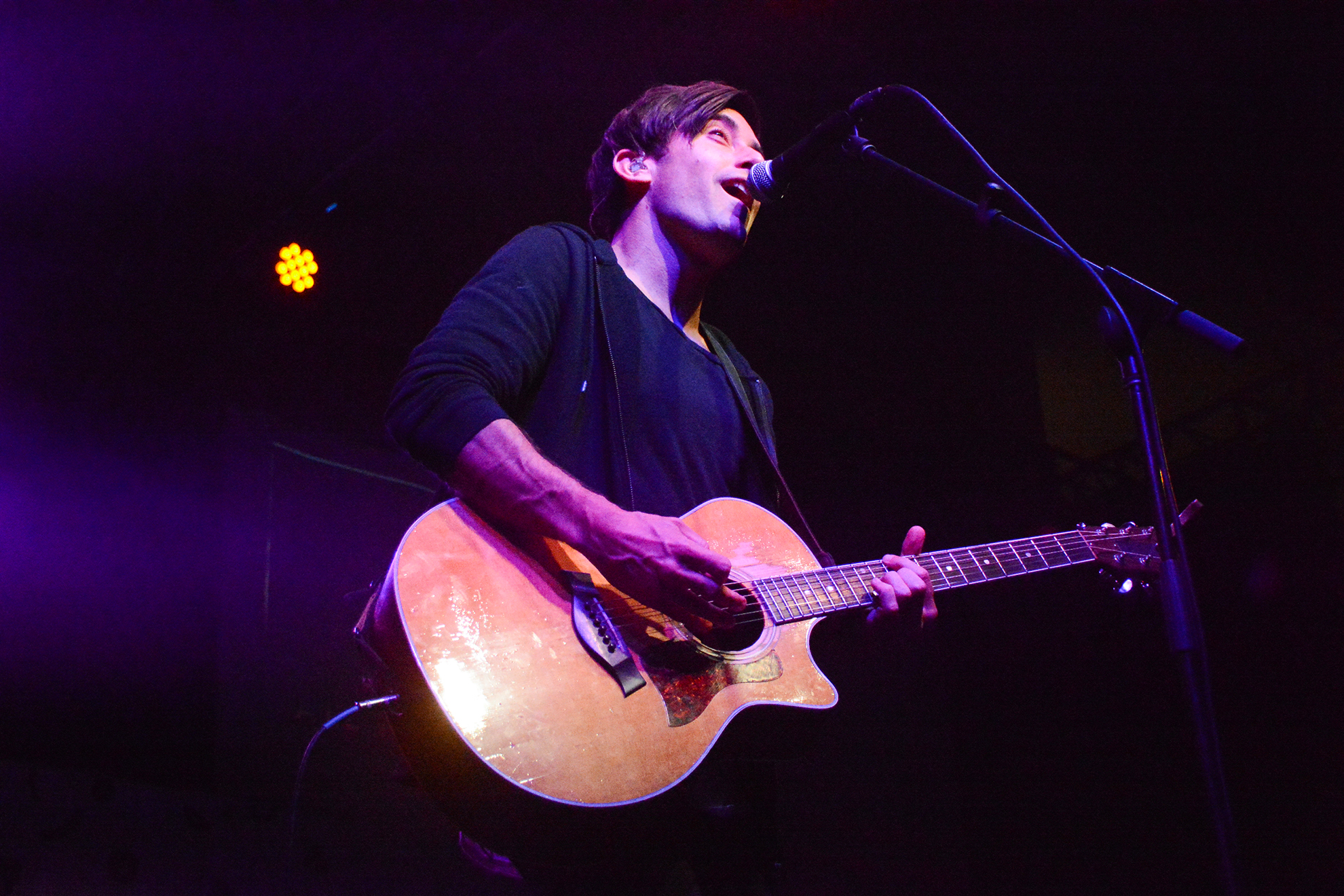 Wickham’s concert, held in the Van Dyne Gym, was part of Community Life’s Campus Night, an event geared to bringing CBU students together to grow in their spiritual journeys. An estimated 900 students attended the performance with many lining up hours before the event in hopes of securing a front-row seat.

Wickham, with his acoustic guitar in hand, played several of his original songs including one of his latest, “Till I Found You.”

“Let me tell you, my favorite part of the concert was Phil’s new song. I absolutely loved it… I just sat back and listened so I could take it all in,” said Cassidy Mulder, a biology senior.

Kassandra Medrano, a criminal justice senior, said she enjoyed the atmosphere of the event.

“It was great to see students being able to come together to enjoy the music and worship freely,” Medrano said. “Also, I enjoyed listening to Phil. He has such a great voice and he can do so much with it.”

“I’ve followed Phil Wickham since I was in elementary school. It was super nostalgic,” London said.