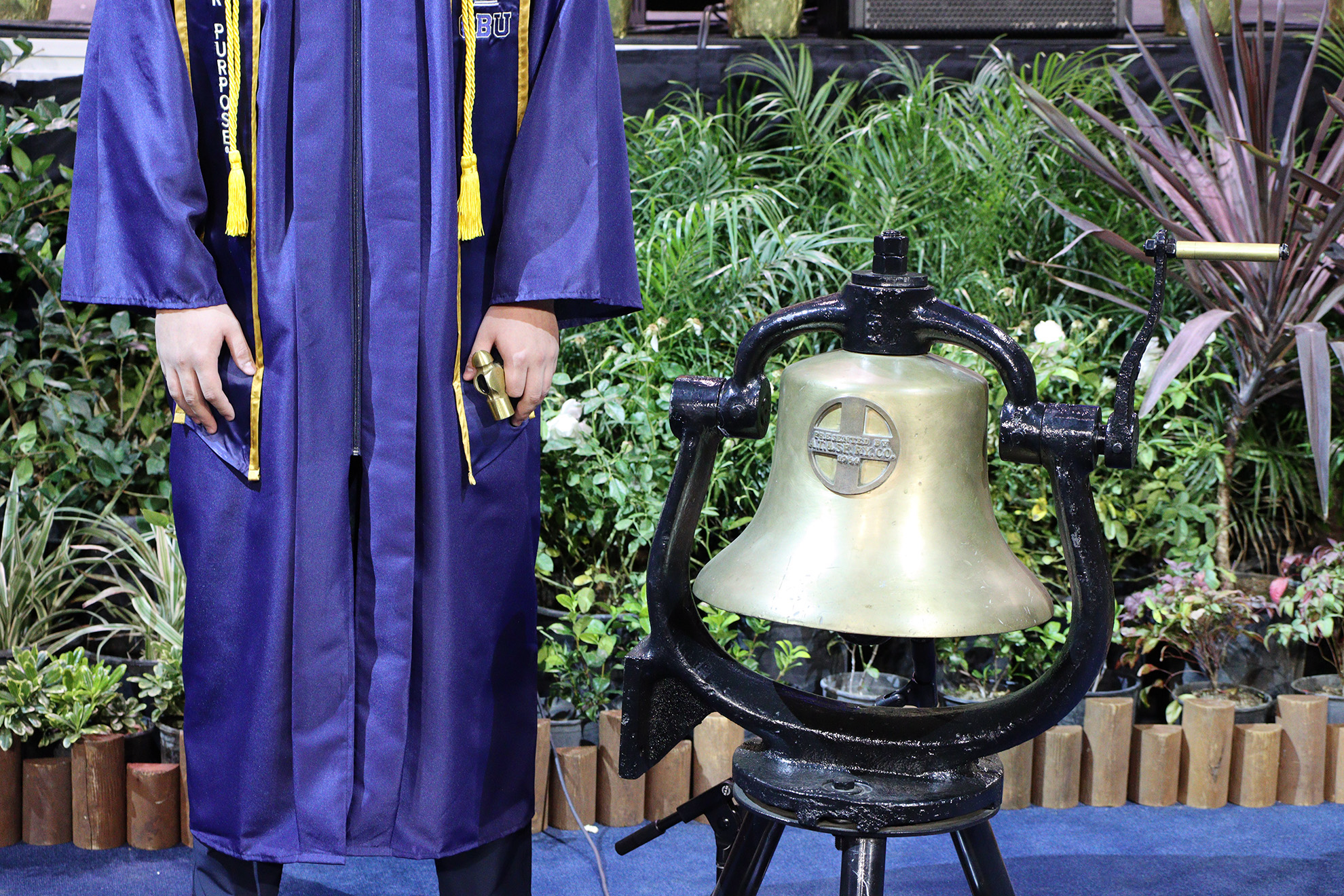 Riverside, Calif. (April 29, 2022) - More than 1,880 students at California Baptist University are eligible to participate in five upcoming commencement ceremonies held in the Events Center from May 2-4.

Five distinguished students were selected to begin each ceremony with a traditional ringing of the CBU bell. Each toll of the bell represents one decade of the university’s existence. At the spring ceremonies, the bell will ring seven times to honor the seven decades of academic excellence since CBU’s inception in 1950.

Morikawa, who has a 4.0 GPA, said her biggest success is related to her biggest challenge in college.

“Finding balance was one of the most difficult things I had to do,” Morikawa said. “I have been able to grow in my relationship with God, develop lasting relationships, provide for myself and remain successful in my academic endeavors. I would not have been able to get through these last few years without my community of people supporting me.”

After commencement, Morikawa will celebrate her wedding this summer and transition to a full-time entry-level social worker.

Moretti, a 4.0 GPA student and intern for the office of Community Life, hopes to work in higher education through one-on-one interaction with students. He said he is not the same person graduating from CBU as when he first entered as a freshman.

“I thank God for showing me His goodness throughout my time here,” Moretti said. “My professors at CBU have shown me how math can glorify God and that God must be central to all aspects of life.”

Yeager, a 3.99 GPA student, said God guided her as she moved from Thailand to the United States to begin her academic journey.

“I had never been to California before coming to college,” Yeager said. “God has humbled me a lot. Teaching me to trust Him, not just with the big things but also with the smallest things. I am developing the habit of bringing it all to the feet of Jesus.”

Kane, a 4.0 GPA student, will join SpaceX as a structural engineer on the Falcon program. He said his time at CBU has allowed him to grow in many ways.

“I have been able to really push the limits of what I thought was possible and have grown to view and appreciate new challenges as opportunities for growth,” Kane said. “It has also been meaningful to me to be able to meet so many hard-working and compassionate people throughout my time at CBU.”

Cote, a 4.0 GPA student, said that her support system helped her overcome chronic pain she experienced while earning her degree and was able to maintain her grades through grit, determination and hard work.

“Every hour spent studying was worth it,” Cote said. “CBU has shaped me in more ways than I can describe. I am forever grateful for the experiences that CBU has given me, and I will use all the lessons that I have learned to glorify God in my future career.”