Orientation gives new students an inside look to life at CBU 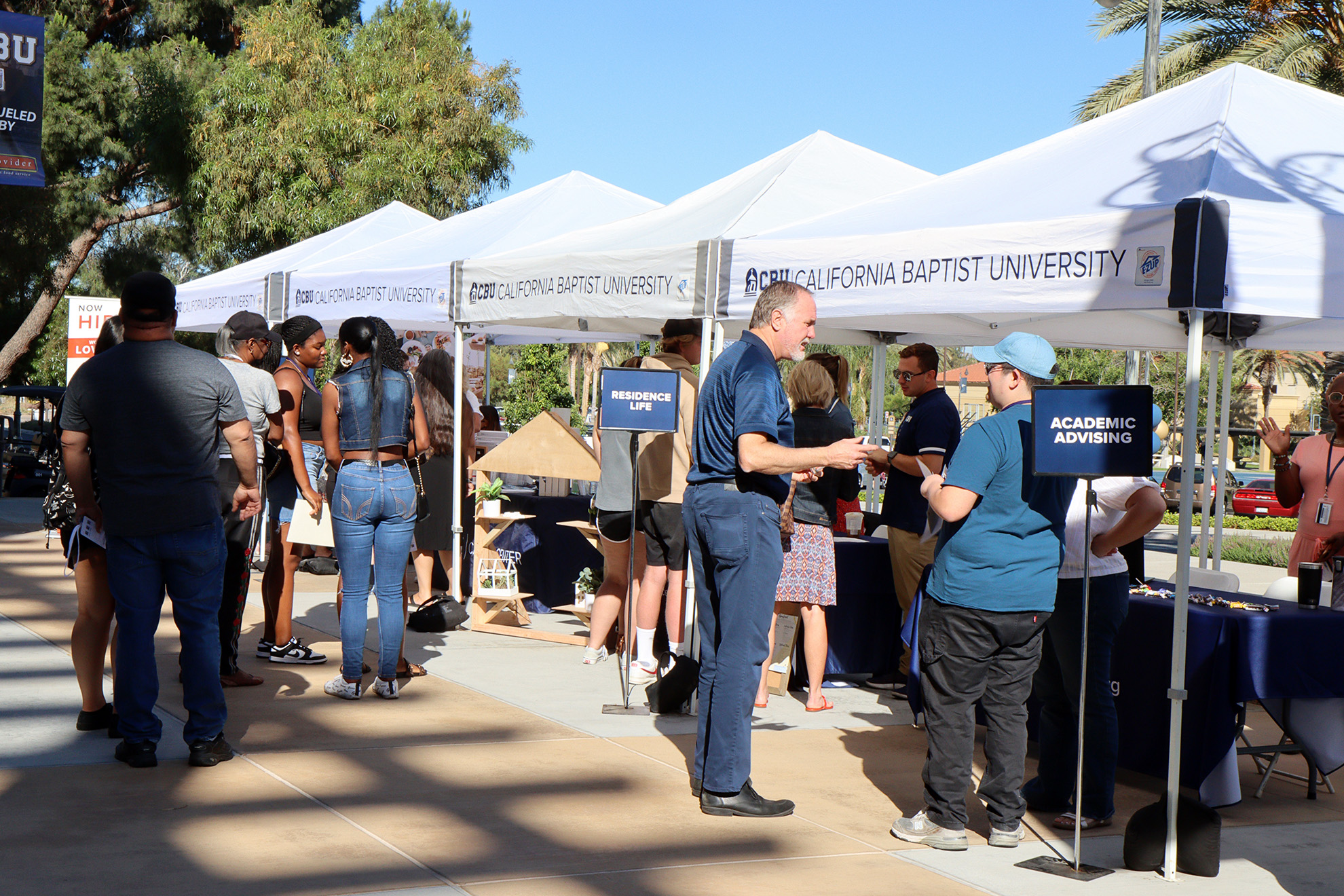 Over 200 first-year and transfer students attended the event alongside their families as they learned about life as a new Lancer.

The day included informational sessions highlighting CBU’s mission, campus traditions, important resources and offices along with campus tours and a living area open house to see what living at CBU is like.

Gavin Andrew, director of new student programs, said the event is designed to give new students the opportunity to learn the ins and outs of CBU from faculty, current students and staff members.

“We know that the transition to college can sometimes be overwhelming, but we are committed to making sure new Lancers are set up for success as they begin their time at CBU,” Andrew said.

Ketsia Kabangu, a pre-nursing major from Upland, said she chose CBU because she loved the campus. She is especially looking forward to using the Recreation Center.

Her mom, Malika Kabangu, said she feels safe knowing her daughter will be at CBU.

“I like CBU because it’s Christian, and as a mom, you want something that feels safe for your kid,” Kabangu said.

Alessia James, a health science major from Corona, said the Christian environment was super important to her.

“My brother goes here and hearing about his one-on-one connections with his professors and all the experiences he had helped me decide that CBU is the place I wanted to be,” James said.

“The first time I stepped on campus I just felt so welcomed,” Gerger said. “I'll be living in the dorms and I’m excited but also nervous. I’m excited for the social aspect of it and being able to get involved, make new friends and do intramural sports.”

Orientation is offered to incoming students two more times this summer. Students who are unable to attend in person can complete an online orientation. For more information, please visit this link.