Oaks becomes first Lancer to pitch in the Majors 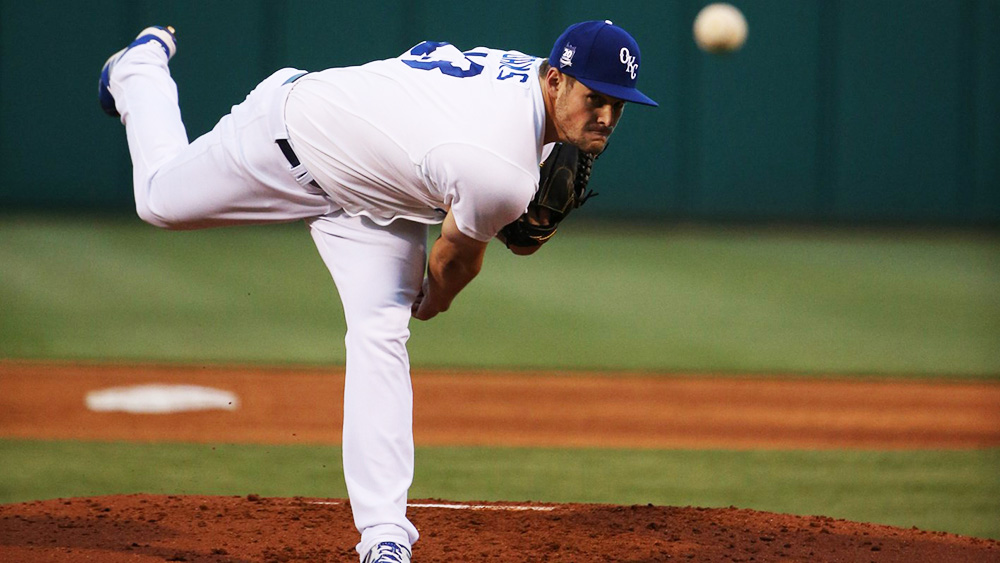 Riverside, Calif. (May 1, 2018) ­— Trevor Oaks (‘14) made his Major League Baseball debut April 28 as the starting pitcher for the Kansas City Royals, becoming the first Lancer to pitch in the big leagues. Oaks struck out four batters through five innings but suffered the loss to the Chicago White Sox.

"We couldn't be more pleased for Trevor and his family," said Gary Adcock, head baseball coach at CBU. "This opportunity is the culmination of hard work, perseverance and prayer."

Oaks said the outcome of the game was not what he wanted but he felt confident on the mound.

“Looking back at the game I think I could have made some different pitches, executed better and kept the ball down” Oaks said at a post-game conference. “I’m going to move forward and do the best I can to get back here.”

After the game the Royals optioned Oaks back to the club’s Triple-A affiliate the Omaha Storm Chasers.

This year marks Oaks' fifth year in professional baseball after spending the last four years in the minor leagues. The Los Angeles Dodgers drafted Oaks in the seventh round at 219 overall of the 2014 MLB First-Year Player Draft. Oaks was then traded from the Los Angeles Dodgers in January 2018, as the team moved him from a World Series contender deep with top pitching to the Royals, a team in the process of rebuilding.

While Oaks is the first Lancer to debut in the MLB, there are several who are knocking on the door.  Fellow pitchers Caleb Dirks and Adam Hofacket are currently playing at the Triple-A level with the Atlanta Braves and Los Angeles Angels of Anaheim organizations respectively. Additionally, catcher Sharif Othman is playing Double-A ball with the Miami Marlins.