No injuries reported in small fire at student residence 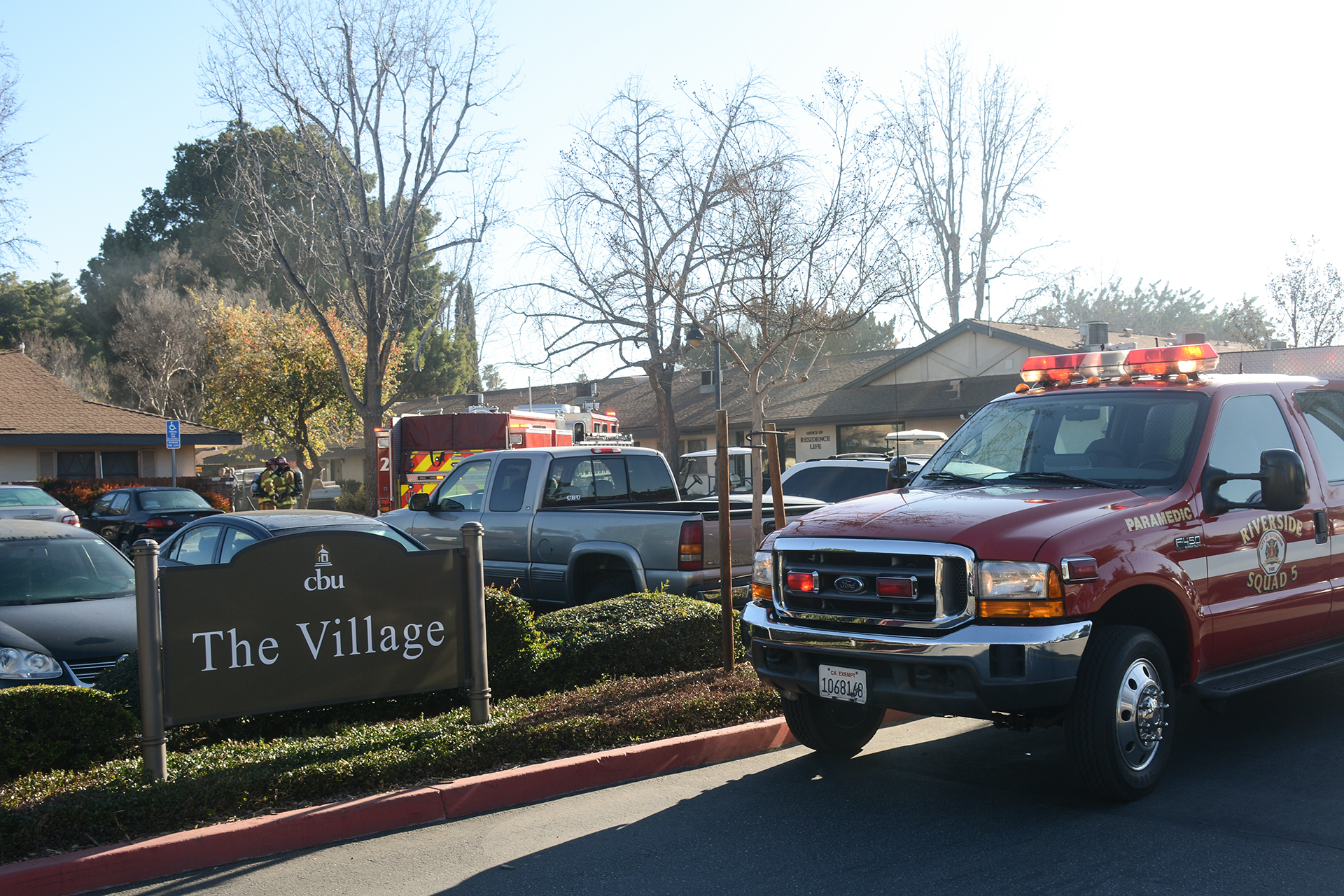 Riverside, CA (Feb. 1, 2017)—No injuries were reported from a fire that started in a student residence at California Baptist University around 8:00 a.m. today. Units from the Riverside Fire Department responded and quickly extinguished the fire in The Village student residence complex.

Initial reports indicate fire damage was contained to one apartment. CBU residence life workers are relocating students displaced by the fire. The cause of the fire is under investigation.

UPDATE (Feb. 1, 12:15 p.m.)—Riverside Fire Department investigators determined that the fire was caused by “an unknown electrical malfunction.” A Public Safety spokesman said CBU Residence Life staff was assisting residents of the damaged apartment in removing salvageable property and relocating them, as other university staff worked to mitigate smoke and odor from adjacent apartments.