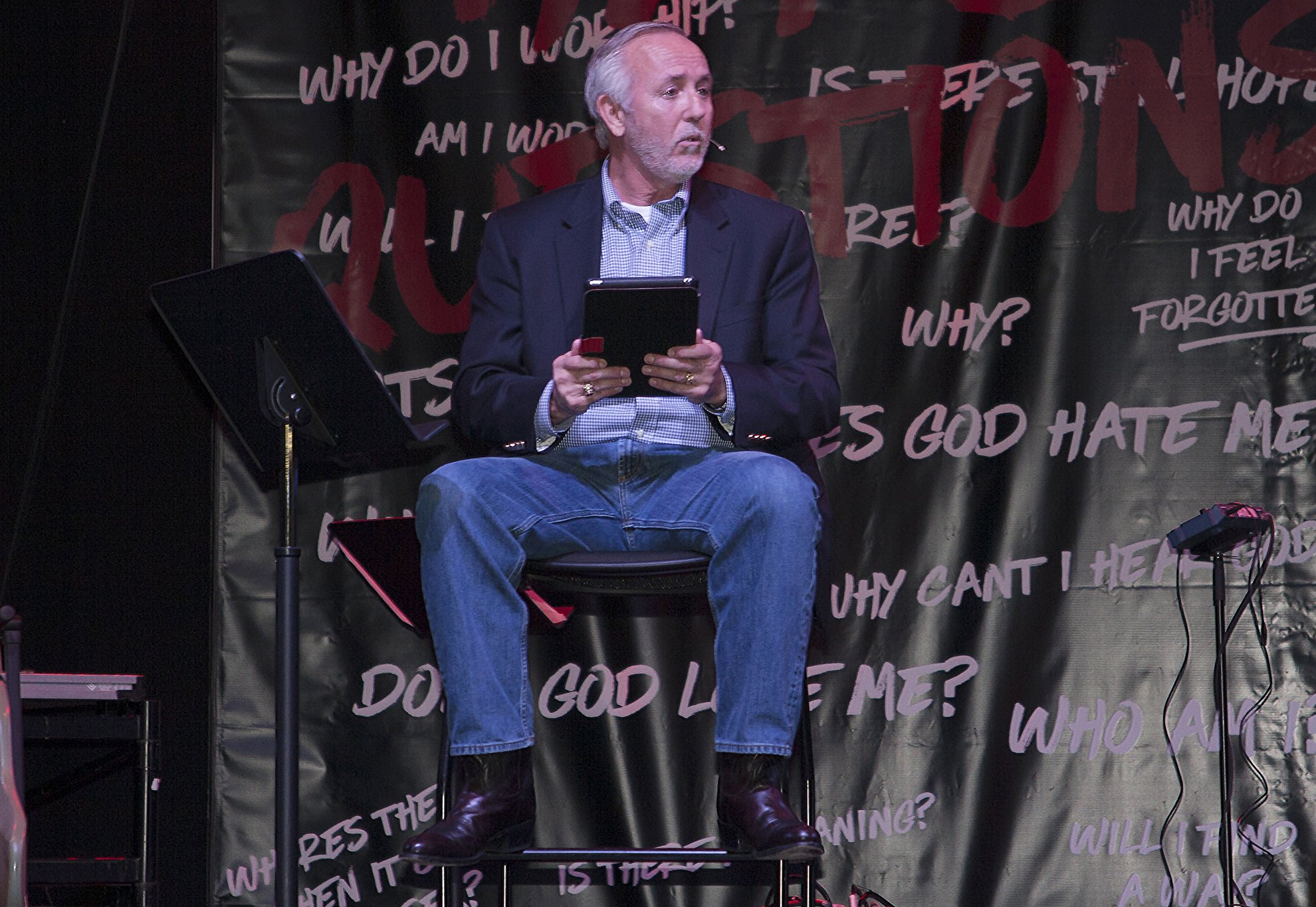 Riverside, Calif. (Feb. 22, 2017) – Believing God is good in the midst of prevalent evil can be a struggle, Nik Ripken, an overseas fieldworker and author, told a California Baptist University chapel audience on Feb. 22.

Ripken and his wife, Ruth, have worked for more than 30 years sharing Jesus around the world. Eight of those years were in Somalia, where he witnessed injustices such as being shot at while providing charitable assistance; knowing Christians who were killed for their faith; and seeing babies die due to malnutrition.

“I want you to understand that if indeed, greater is He who is in you than he who is in the world, He has to be a mighty God because evil is astronomically present and strong in the world,” Ripken said, referring to I John 4:4.

After leaving Somali, he spent the next 10 years talking with persecuted believers around the world, asking them how they can follow Jesus when there is so much evil in the world. From those interactions, he wrote “The Insanity of God” and “The Insanity of Obedience.”

It was a question he struggled with, Ripken said, but he has arrived at some truths through his faith and his experiences.

God took a risk on people by allowing them to choose between good and evil, Ripken said.

“God wants children in relationship to him, therefore, every day he gives you a choice and the direction of this world depends on what choice you make,” Ripen said. “There’s a real war out there and we get to choose sides. We can’t be neutral.”