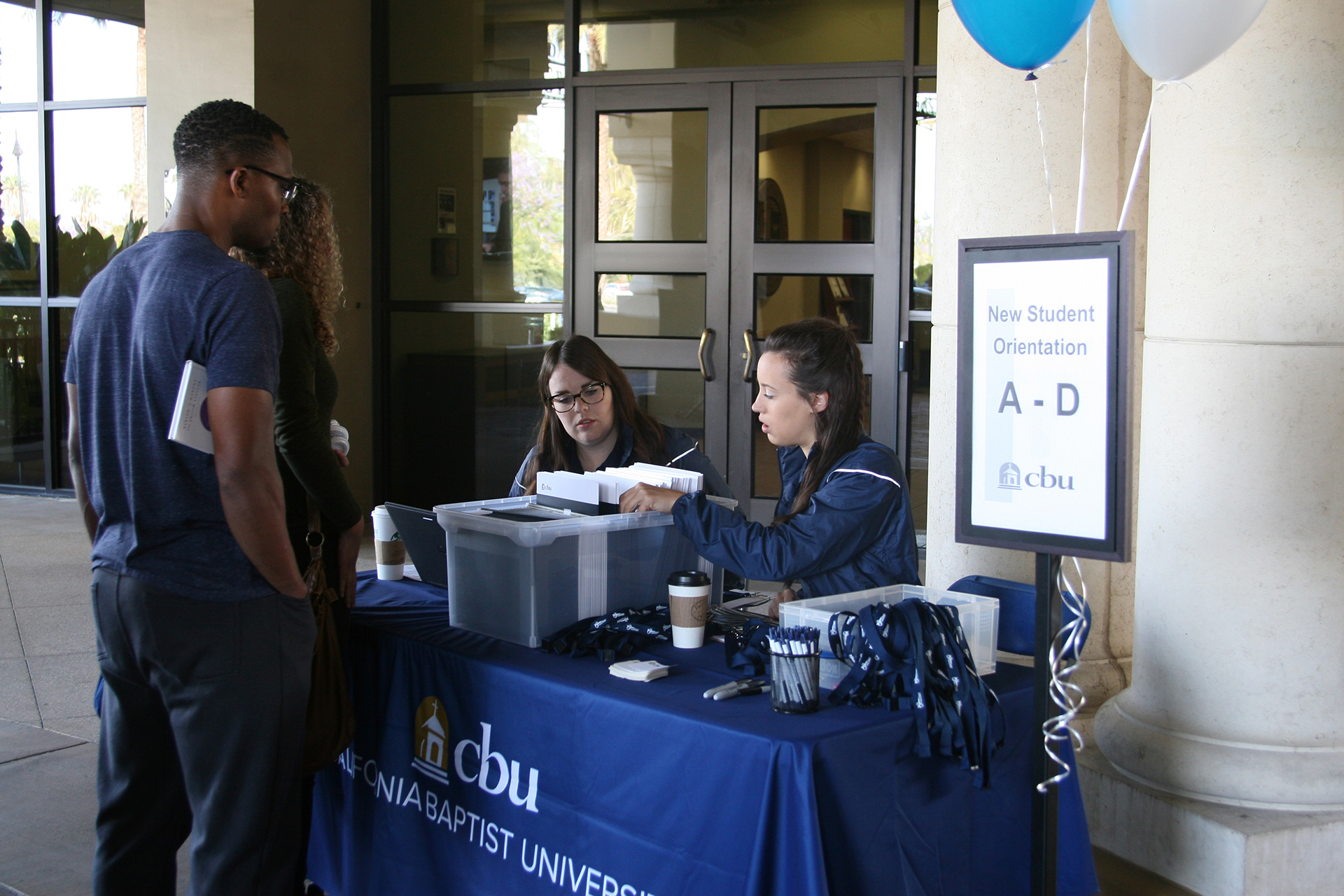 Riverside, Calif. (May 15, 2017) – The 2017 fall semester may be months away, but new incoming students were eagerly preparing for it at California Baptist University on May 15.

More than 230 students, along with their parents, attended a New Student Orientation event.

The purpose of orientation is twofold, said Taylor Neece, director of undergraduate admissions. First, students can register for their classes. Second, students and their parents learn about the university’s culture and the services CBU offers.

“When they leave, we want them to feel oriented to classes, campus community and the culture,” Neece said.

“I’m really excited to come to college,” said Thomas Lotero, of Murrieta, California, whose brother attends CBU. “I love the campus and the culture.”

Thomas’ dad, Reed Lotero, said although he has been through orientation before, he still found it informative.

“[The speaker] mentioned several steps in making that transition easier for your kid. It’s about them, trying to support them,” Reed said.

“This helps with the trust factor of parents feeling good about that decision [to come to CBU], and knowing that we intentionally care about their future and the success of the student,” Stovall said.

“Orientation helped me on what I need to do as a parent to help her get her future going,” Wright said. “It gave me confidence in the decision she made in coming here.”

Orientation will be offered seven times for first-time students and five for transfer students before the start of the fall semester. For students who live more than four hours away, they have the option of doing a Virtual Orientation.