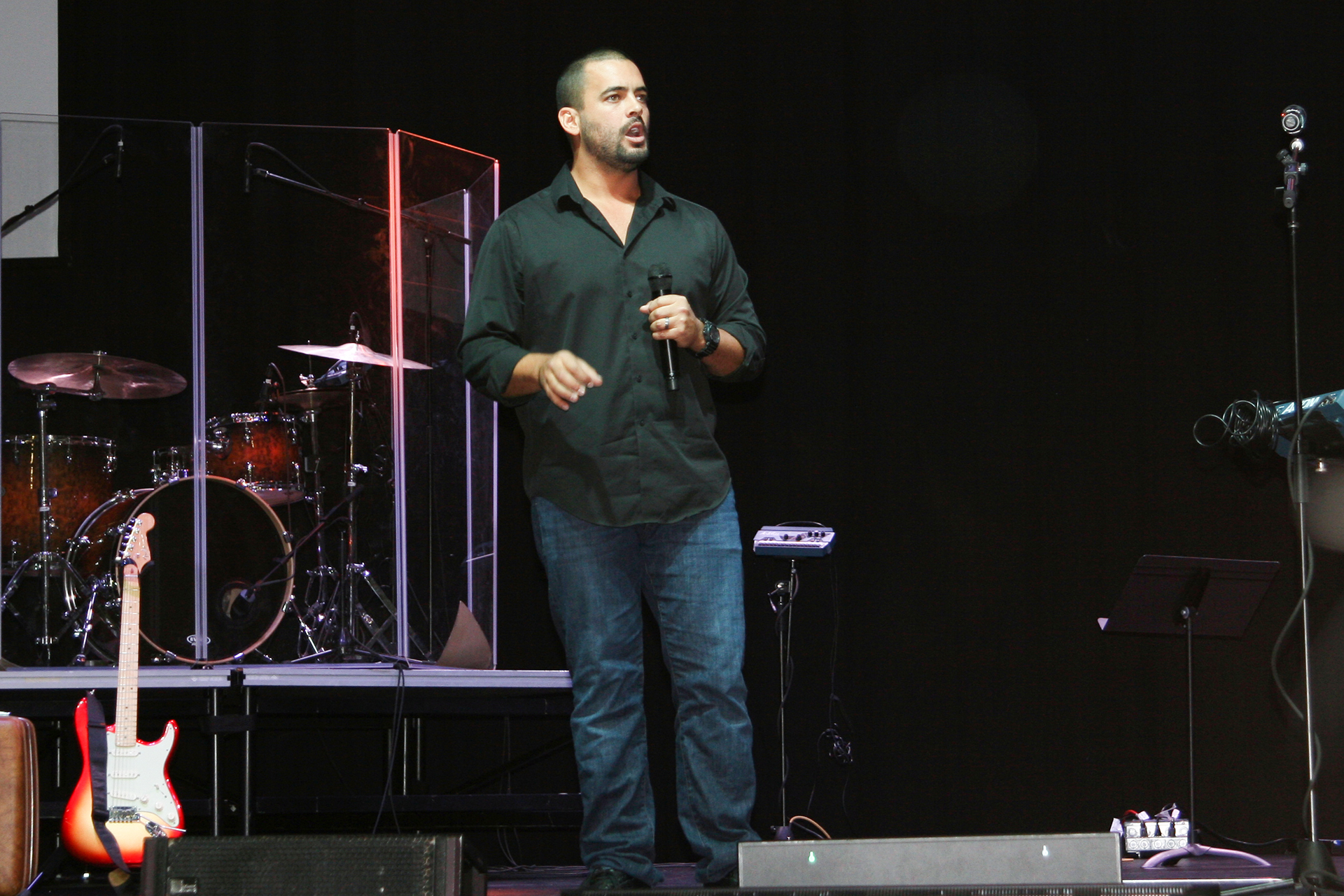 Riverside, Calif. (Nov. 30, 2016) – “He forgave me of so much… I want to be a part of [His] army,” Chad Williams, a U.S. Navy SEAL veteran told a California Baptist University chapel audience on Nov. 30. “The whole point of life is more than just knowing God. We’re in His army, we’re to make him known.”

Becoming a U.S. Navy SEAL was one of the most fulfilling moments of his life, Williams said. But another—unexpected—emotion shortly followed.

“What I didn’t expect, that in the same 24-hour period, it became one of the most deflating, downward times of my life. [At the time] I couldn’t understand why,” said Williams, now an author and speaker.

Adding to his misery, days before Williams was to report to training, he learned a former SEAL, who was a friend and mentor, was killed in an ambush in Fallujah, Iraq.

“I felt like I was better off not being a SEAL,” Williams said. “Then at least I had something to drive me.”

Williams would eventually learn that reaching a goal did not mean he would have lasting satisfaction. That type of peace, he said, can only come through a relationship with Jesus.

Williams shared how he often got into trouble while on military leave to the point that even his family became afraid of him. To ease their concerns, he agreed to go to church with them. He attended a service where Pastor Greg Laurie was speaking on II Kings 5 and Naaman, an army commander who had leprosy. Naaman was a successful commander, but under the armor, he was wasting away.

Williams said he could relate to that.

“What type of man, what type of woman are you on the outside in front of your friends?” Williams asked. “Who are you when you’re in your room all by yourself and all you’re left with is your own thoughts. I didn’t like that person. But I got this front, this thing that I put on, just like Naaman, the armor.”

As Naaman was told to wash in the river seven times to be healed, Williams realized Jesus would forgive him and clean him from his sin, Williams said.

“Jesus takes our sin upon himself so we can be lavished by God’s grace and mercy,” Williams said.