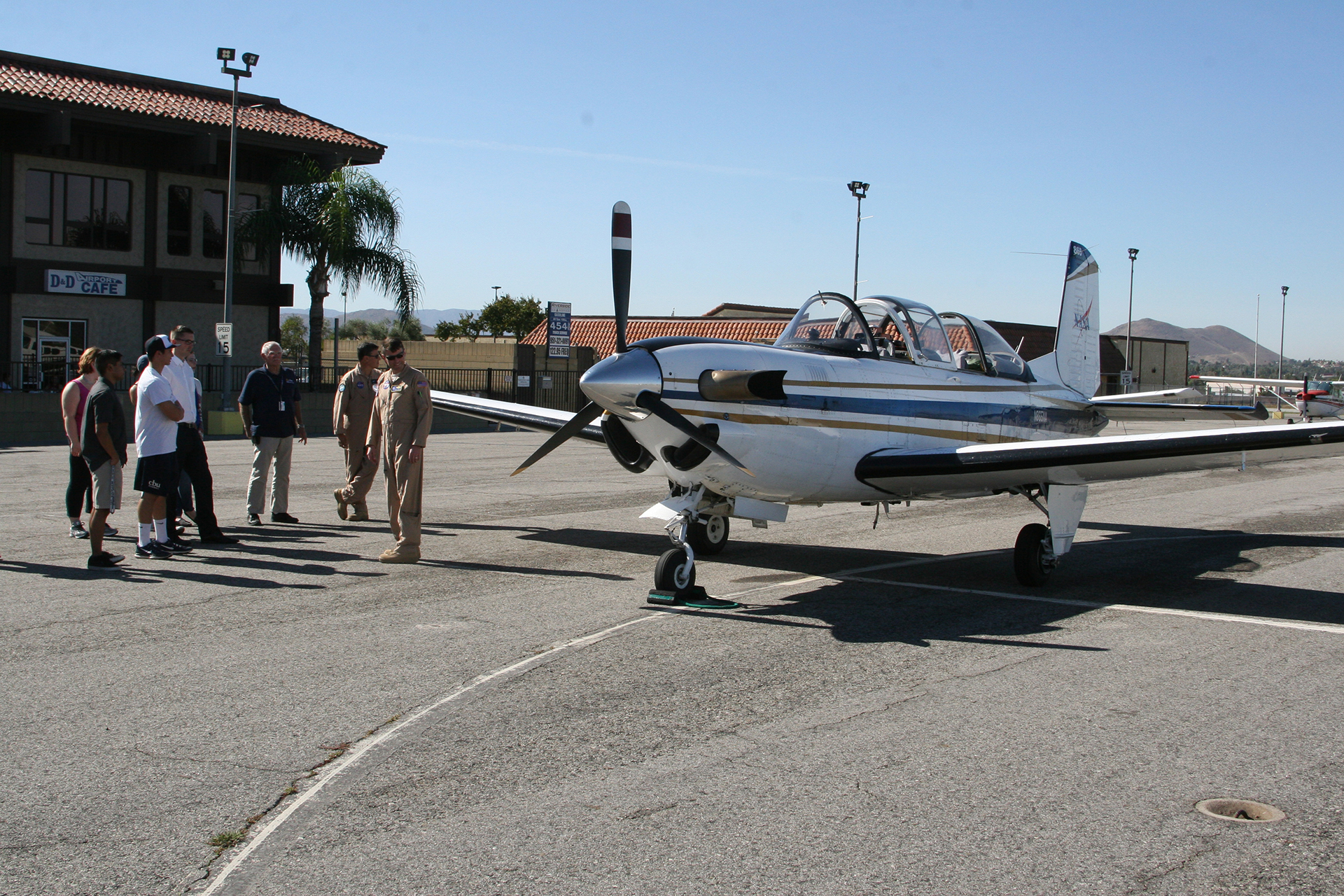 Scott Howe, a research test pilot, and Herman Posada, a research pilot, flew a NASA T-34C aircraft into the Riverside Municipal Airport to attend the event. Based out of Armstrong Flight Research Center in Edwards, California, they both operate remotely piloted unmanned aircraft and mission support aircraft for NASA. The event was held in part to help promote the department of Aviation Science’s newest program—aviation unmanned systems.

Paul Haley, assistant professor of aviation science, said students are trying to determine what jobs are available. Having people who are in the industry talk to students gives them an opportunity to see what paths they can take.

“It gives the students motivation, that what they’re doing … is all for a reason,” Haley said. “It also gives them exposure to people they maybe would have never met.”

Howe attended the Air Force Academy, where he became a pilot and flew the F-15C tactical fighter aircraft. After the Air Force, he worked for a contractor before joining NASA.

“One of my favorite parts of the job is no two months are ever the same,” Howe said.

Posada, who soloed in a plane before he could drive a car, worked at General Atomics, a defense contractor, before going to NASA.

“We’re in a niche aviation,” Posada said. “Unmanned is a fascinating field.”

Brandan Walker, a flight aviation sophomore and former Army serviceman, wants to return to the Army as a flight officer. He said he could see himself working at NASA in the future.

“It was a good opportunity to see the different paths you can take,” Walker said.