Musical passion brings CBU student back to the classroom 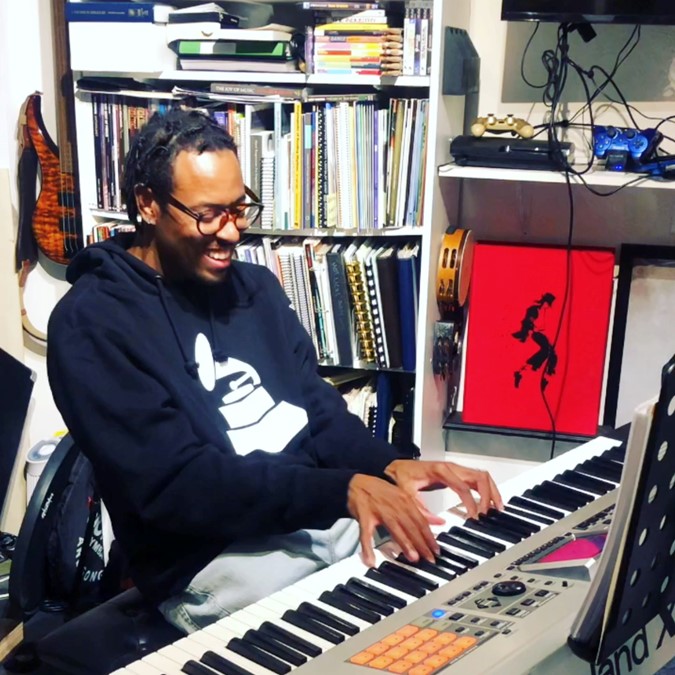 Now at CBU, Davis sings in the Lancer Chorus, the all-male singing group, and is the pianist for Chamber Orchestra. He also writes and produces his own music and is working on a gospel-rap album.

Davis was an operation manager when he lost his job in a company restructuring. The father of three considers it a blessing in disguise.

“Being in the workforce for 14-15 years, I understand a job can just be a job,” Davis said. “I really want to find a vocation that inspires me on a daily basis.”

Davis said music is his passion, which led him to enroll at the Shelby and Ferne Collingsworth School of Music at CBU. Davis had previously started working on a degree at a community college.

“I want to inspire children. Music has always been a part of my life. It’s always been something I love to do. It fills me up inside,” Davis said. “Music expresses things you can’t express with words. Music brings me closer to God.”

“I get most of my inspiration to write from living life,” Davis said. “I found it easier to express myself in written word. Whenever I’m going through something, I find it easier to write.”

“I was raised on hip-hop as a young kid,” Davis said. “But I actually enjoy all kinds of music. If it’s music and it moves you and it’s emotional, I think it’s great and it’s a wonderful thing.”

Davis said that getting back into schoolwork was not difficult, but the day-to-day schedule was a bit of a challenge. It was a balancing act with his classes and performances, his wife’s work schedule and taking care of the children, Davis said.

Davis has attended several different colleges over the years, but he said CBU is unique.

“I’ve never been at a school where the instructors care as much as they do. They are very invested in their students and that’s a very comforting thing to know,” Davis said. “I’m blessed and fortunate to have the opportunity to go to this school.”