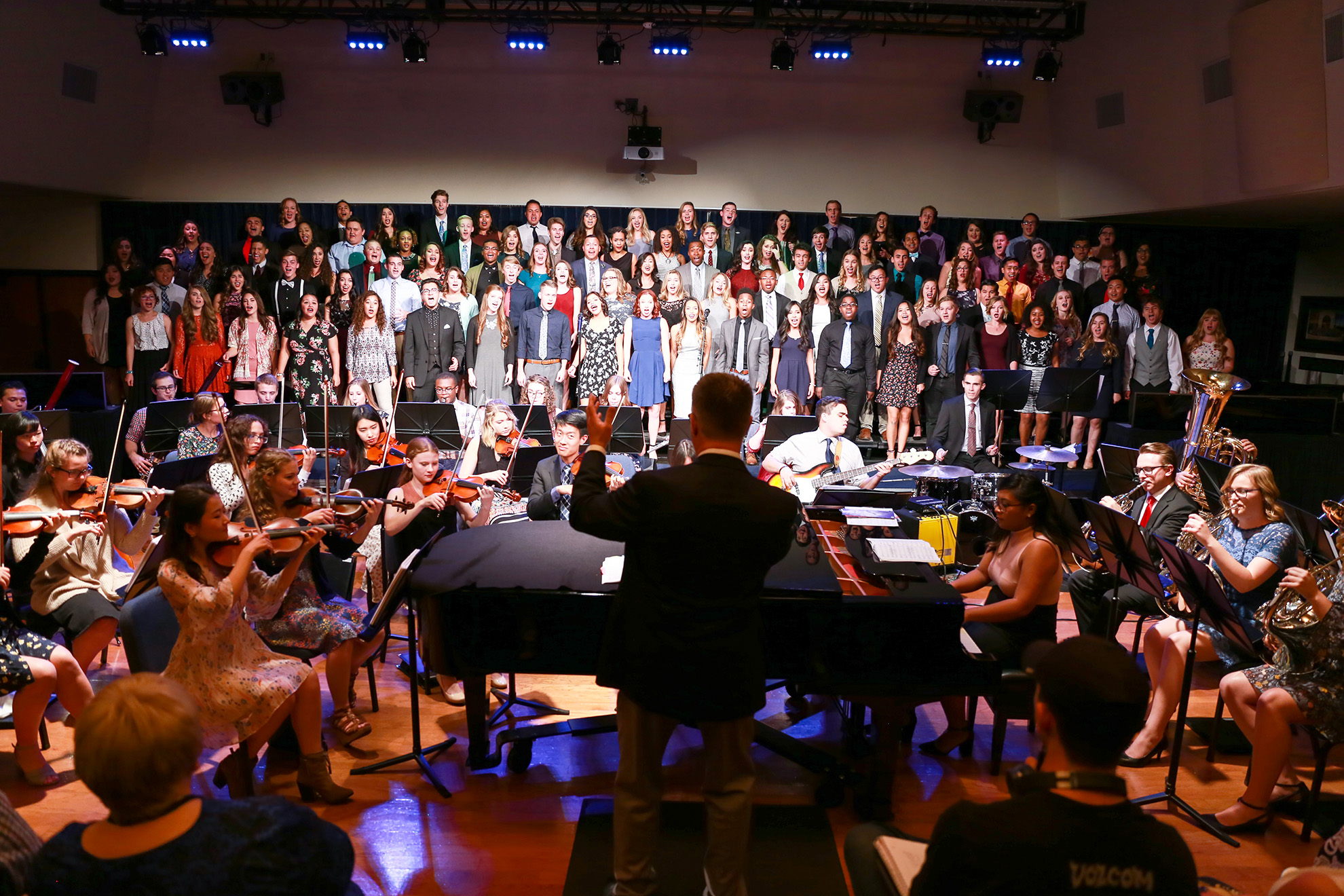 Riverside, Calif. (Oct. 24, 2017) — The University Choir and Orchestra (UCO) at California Baptist University performed for pastors and others attending a breakout session on worship at the 2017 California Southern Baptist Convention (CSBC) annual meeting on Oct. 23.

CSBC conducted the annual meeting at nearby Magnolia Church in Riverside on Oct. 23-25. The conference schedule included a session on worship held in the JoAnn Hawkins Music Building at CBU.

Several worship musical groups performed at the breakout session. Then Mike Harland, director of LifeWay Worship Resources, spoke about leaving a legacy of worship to the next generation.

“As we think of passing the baton of worship ministry to the next generation, we have to realize how important this task is,” Harland said. “The younger generation needs to calibrate their speeds and reach out to those handing them the baton, and we must be in proximity to the younger generation.”

Harland commended CBU for its commitment to training up the next generation of worship leaders.

“We must hand this baton to the next generation and that is what California Baptist University is here to do,” Harland said.

The Shelby and Ferne Collinsworth School of Music at CBU offers seven bachelor’s degree options as well as a Master of Music degree. New this fall, CBU launched a Bachelor of Arts in worship arts and ministry.

Dr. Joseph Bolin, dean of the School of Music, said CBU trains students to be competent in a multitude of styles of music.

“We train students to use eclectic styles individually or in concert to create a coherent, unified and powerful worship experience,” Bolin said.

UCO concluded the worship session for CSBC, performing with its array of musical talents. UCO typically features 150 plus vocalists and instrumentalists. The group performs up to 50 concerts in a calendar year.